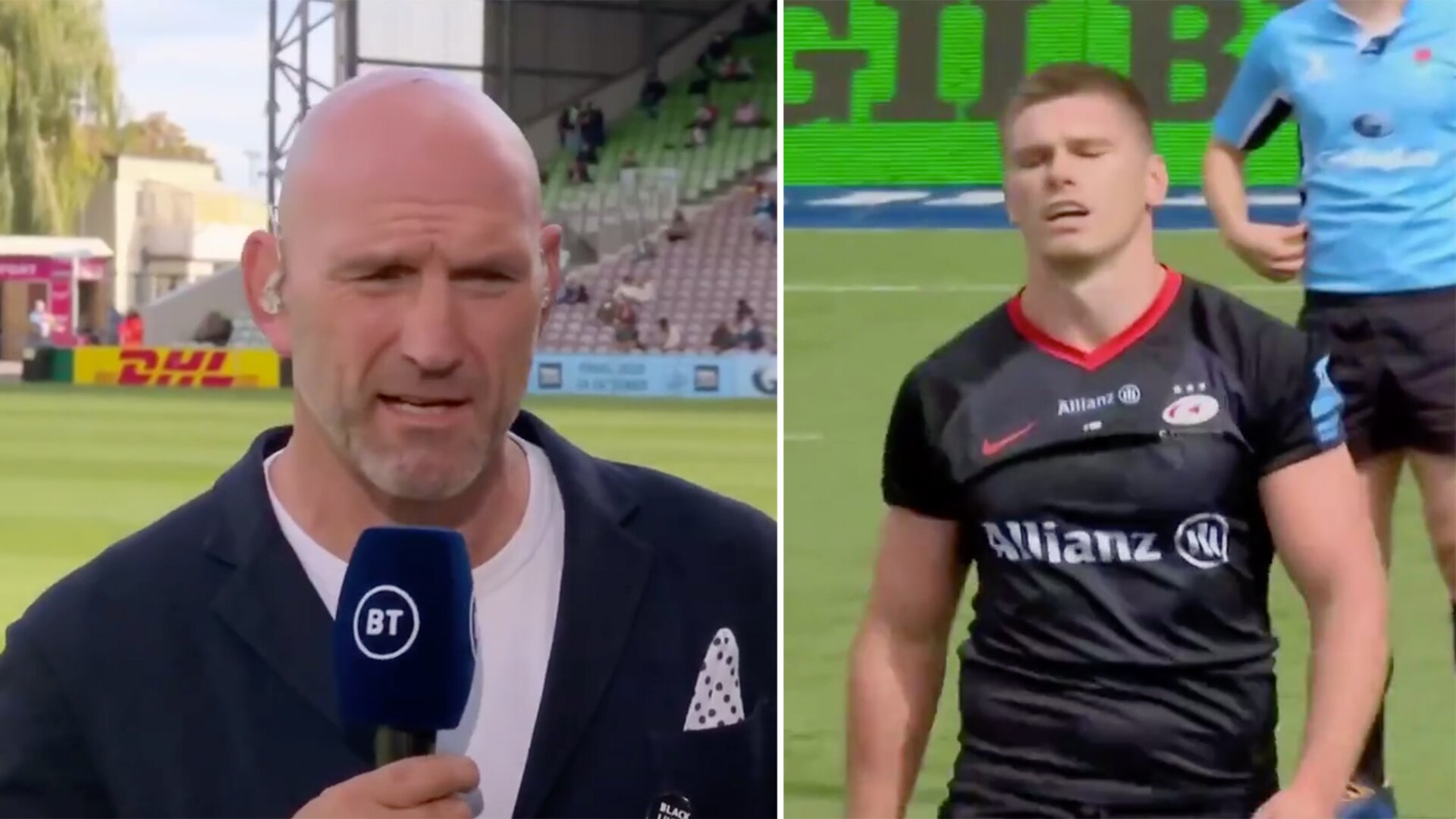 A whole host of current and former rugby players have gone after England star Owen Farrell after his shocking red card tackle against Wasps this weekend.

The Saracens centre was sent off on Saturday after a high tackle, which connected with a Wasp player’s head. Fans around the world were shocked to see this, especially after Owen Farrell’s considerable rap sheet for poor tackling in the past.

Andy Goode was one of the first former players to call out Farrell for the shot, saying that a lengthy ban was heading his way for the challenge that he put in.

Shocking swinging arm from Owen Farrell and deserved a red card. Decent ban coming too, I talked about his tackle technique on @TheRugbyPod previously and it was a case of when this happened not if….. pic.twitter.com/kpnkqjETrp

All Black and Wasps fly-half Lima Sopoaga even went as far at to call it a ‘dog shot’, you can tell he certainly was not pleased at all with the shot on his teammates.

World Rugby legend Brian O’Driscoll was also quick to rebuke Farrell for his hit, which left the Wasps player on the floor injured for quite some time.

It’s a bad one alright! 😬 https://t.co/hQEqMAIMFo

Farrell is expected to receive a hefty ban for his challenge. Reports are suggesting the 28-year-old could be out of the game from 6-18 weeks depending on what the disciplinary panel decides on Tuesday.

World Cup winner Lawrence Dallaglio couldn’t defend the Saracens star despite the fact that he is normally very positive about him.

Lawrence Dallaglio considers the implications for Saracens AND England. pic.twitter.com/xZuOfEZK9E

What a day at Allianz Park. Well done Wasps, not so well done Owen Farrell @thesundaytimes