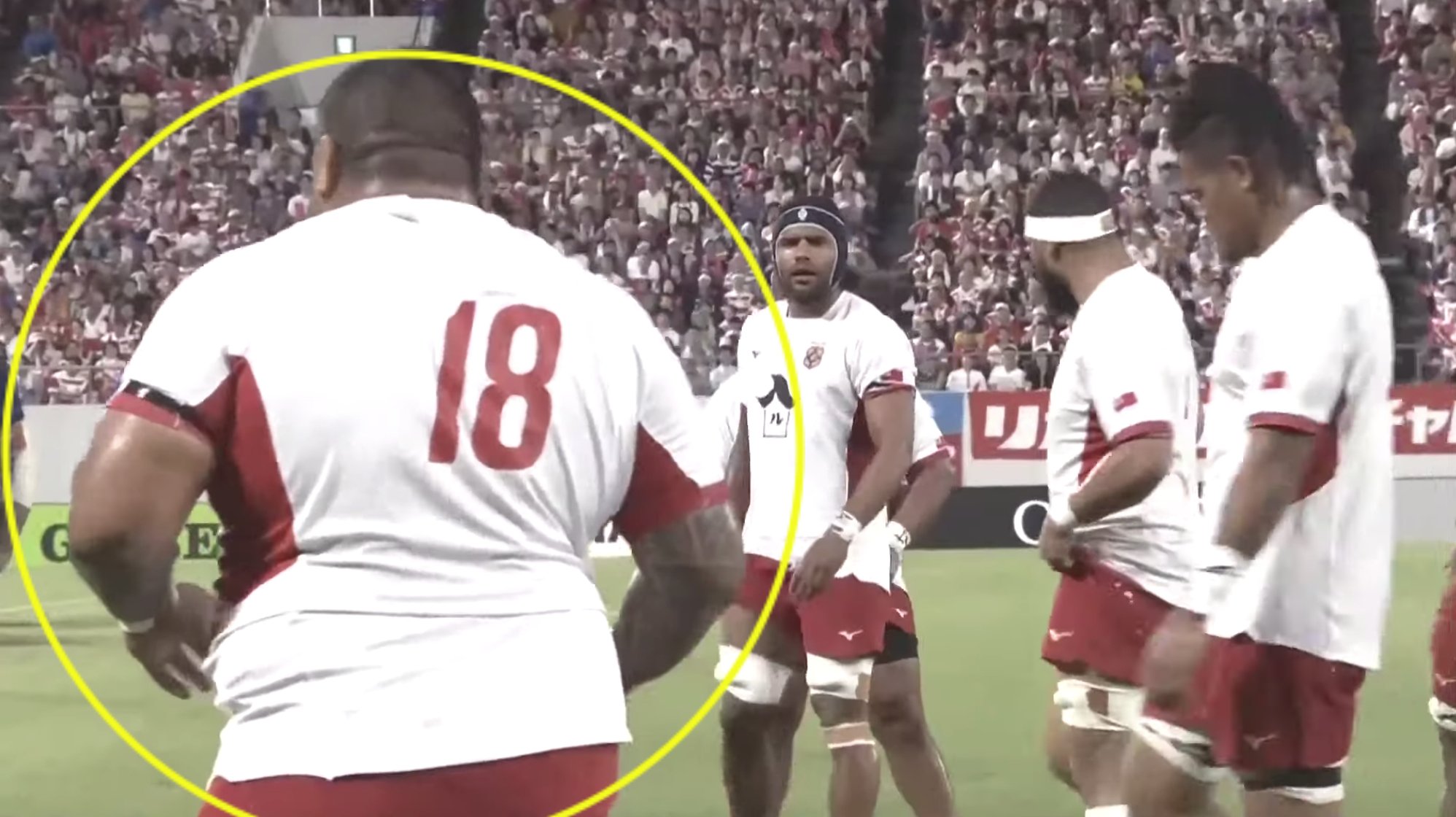 One of the biggest props in existence is about to be making an appearance at the Rugby World Cup. His name is Ben Tameifuna and he is an absolute unit.

Just look at the size of him, weighing in at a colossal 136kg, his size is hard to comprehend.

Popular social media icon Squidge Rugby made a video recently looking at his “players to watch” in the World Cup. And Tameifuna was named as his one to watch for Tonga. In the hilarious section of the video, Squidge remarked on the fact that the gigantor prop had somehow managed to put on even more weight in the lead up to the World Cup. He wished good luck to anyway that would attempt to tackle Tameifuna in Pool C, but he also noted that is fitness wasn’t the best.

With Rugby World Cup 2019 kick-off just three days away, World Rugby has announced that its ground-breaking Impact Beyond legacy programme has achieved 1.8 million new rugby participants across Asia, including more than one million in Japan.

Started in 2016, the innovative Impact Beyond project is a crucial part of World Rugby’s mission to grow the game globally and make a positive impact through the power of rugby.

The on-going legacy programme – a partnership between World Rugby, the Japan Rugby Football Union and Asia Rugby – surpassed all expectations by achieving its target of one million new rugby participants in Asia a year early.

In Japan alone more than 769,000 schoolchildren have been introduced to tag rugby in more than 6,000 elementary schools. Crucially for the long-term legacy, the programme has also included the training of 10,622 tag teachers who will continue to inspire and engage future generations long after Rugby World Cup 2019 has finished.

Rugby and it’s character building values has the power to positively impact lives and thanks to its partnership with principal Rugby World Cup 2019 charity ChildFund Pass It Back, 25,000 vulnerable children in Asia will have the opportunity to transform their lives through a rugby and life skills programme. The Pass It Back initiative led by ChildFund in partnership with World Rugby and Asia Rugby in countries including Laos, Philippines and Vietnam will receive £2 million pledged by the global rugby family in a wonderful display of generosity and solidarity from rugby fans, worldwide partners and individual donors.

Children with little or no access to organised sport will benefit from the support and receive important learning opportunities around leadership, problem-solving, gender equality and conflict-resolution.

World Rugby Chairman Sir Bill Beaumont said: “The incredible achievement of reaching 1.8 million new rugby participants in Asia through the Impact Beyond legacy programme is a wonderful example of the outstanding efforts being put into action to convert this once-in-a-lifetime opportunity to grow rugby in Asia and around the globe.

“Perhaps the most important ‘try’ of the tournament has already been converted as more than one million Japanese youngsters have tried out rugby for the first time. Now the ball is passed to the players and teams to inspire many more new participants and fans around the world with their outstanding performances on the field and their character building values off the field.

“The success of Impact Beyond is testament to the hard work of our colleagues at Asia Rugby and the unions, and my special gratitude and appreciation goes to the many thousands of volunteers who regularly give their time to support rugby programmes around the world. They are the unsung heroes of the game.