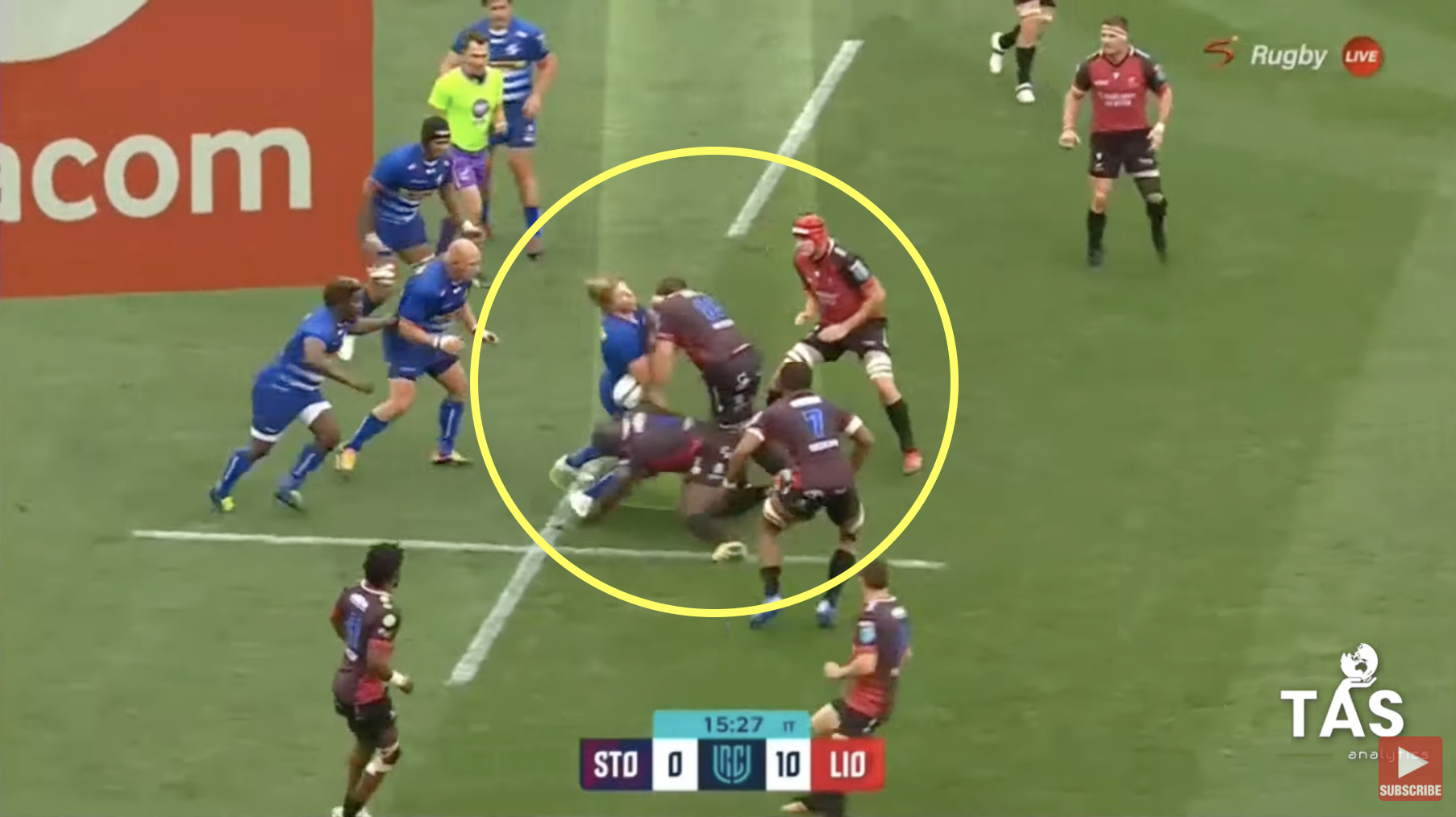 Only South African ultra males can hit this hard

Any player that has earned the nickname ‘The Bone Collector’ across their career is not exactly going to have pillows for shoulders and so Willem Alberts continues to show.

Though now 37 years of age, the flanker is still putting in monstrous hit after monstrous hit for the Lions, and his side’s contest with the Stormers on Saturday was no different. His collision with Evan Roos, albeit illegal, may have even registered on the Richter scale, as the 110kg No8 collided with the 120kg Alberts.

After catching the ball in the back field, Roos had a 20 metre run up before being abruptly stopped by the 43-cap former Springbok. In most situations, the No8 would still be able to make a bit of ground after contact, even if it was a big tackle, just because of the momentum they have. But Alberts and his left shoulder ensured absolutely no extra ground is made.

TAS Analytics shared the video of the tackle this week online. Take a look at the hit:

This tackle was mere centimetres from being an instant red card, as had Alberts gone any higher he probably would have hit Roos’ jaw and would have been swiftly sent off. It was however a yellow card as there was almost no effort to wrap his left arm around the carrier.

Credit must go to Roos in this situation as, although he was stopped in his tracks, he still managed to stay on his feet despite an almighty collision. He even tried to wriggled out of Alberts’ clutches, although was unsuccessful. This is an indication of how strong the 21-year-old is in contact.

Despite this yellow card, and two others in fact, the Lions went on to win the match 37-19 to leave them in tenth place in the United Rugby Championship table.