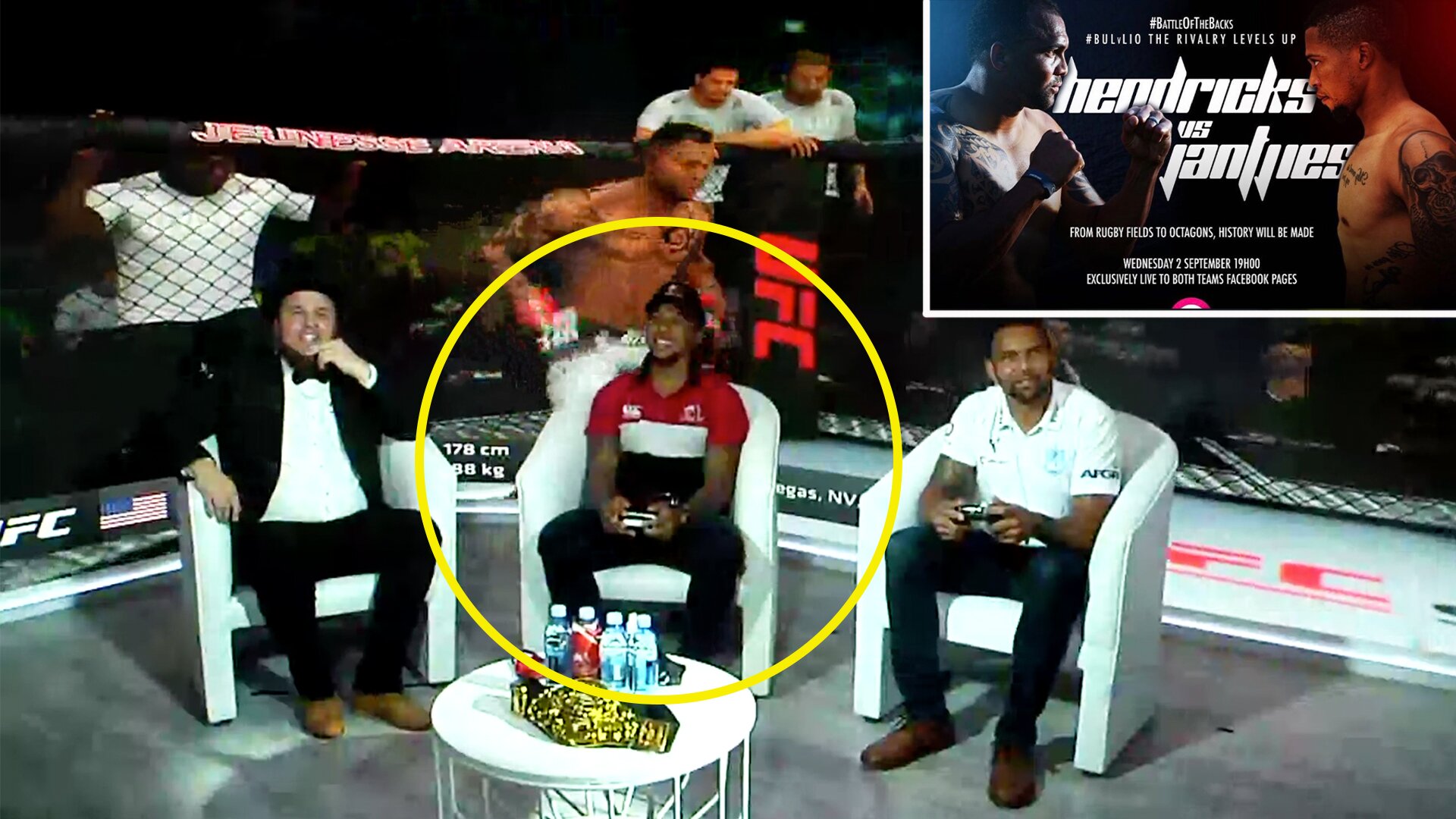 South African rugby fans were outraged this evening as thousands tuned in to watch Elton Jantjies take on Cornal Hendricks in a fight bout today.

Supporters tuned in to the Facebook pages of the Bulls and the Lions expecting a boxing duel between the two South African rugby stars but were left disappointed when the players were both handed console controllers.

All week there had been huge media hype ahead of the contest as promotional pieces came up talking up both players in the fight.

Two days to go until our very own Cornal Handricks clashes with Elton Jantjies 💪 This time, off the field 😤 #BattleOfTheBacks pic.twitter.com/YaB3dbTq2Q

The broadcast dubbed, ‘the battle of the backs’,started on both teams facebook pages in the evening and thousands of fans tuned in.

Viewers were surprised when both players entered the studio in casual clothing, clearly not ready for a physical bout. It wasn’t long into the broadcast that it became clear that we weren’t going to see a physical fight.

Biggest troll of all time?! 🤣 Thousands tune in for a real fight night and get this. Fair to say the comment section went off 👀 pic.twitter.com/ujKfA1fLz6

Fans were furious upon realising that blood wouldn’t be spilt this night. These are some of the comments that appeared on the live stream moments after it emerged that this was not going to be a physical fight.

“this is the biggest troll in history!!!”

“well that was a bit of an anti-climax”

Fans were expecting a blockbuster bout after days of media build up with videos such as this from the Lions.

Fans left the stream in their hundreds as they realised that the gloves were not going to be on for this clash.

The rugby stars played each other in three rounds