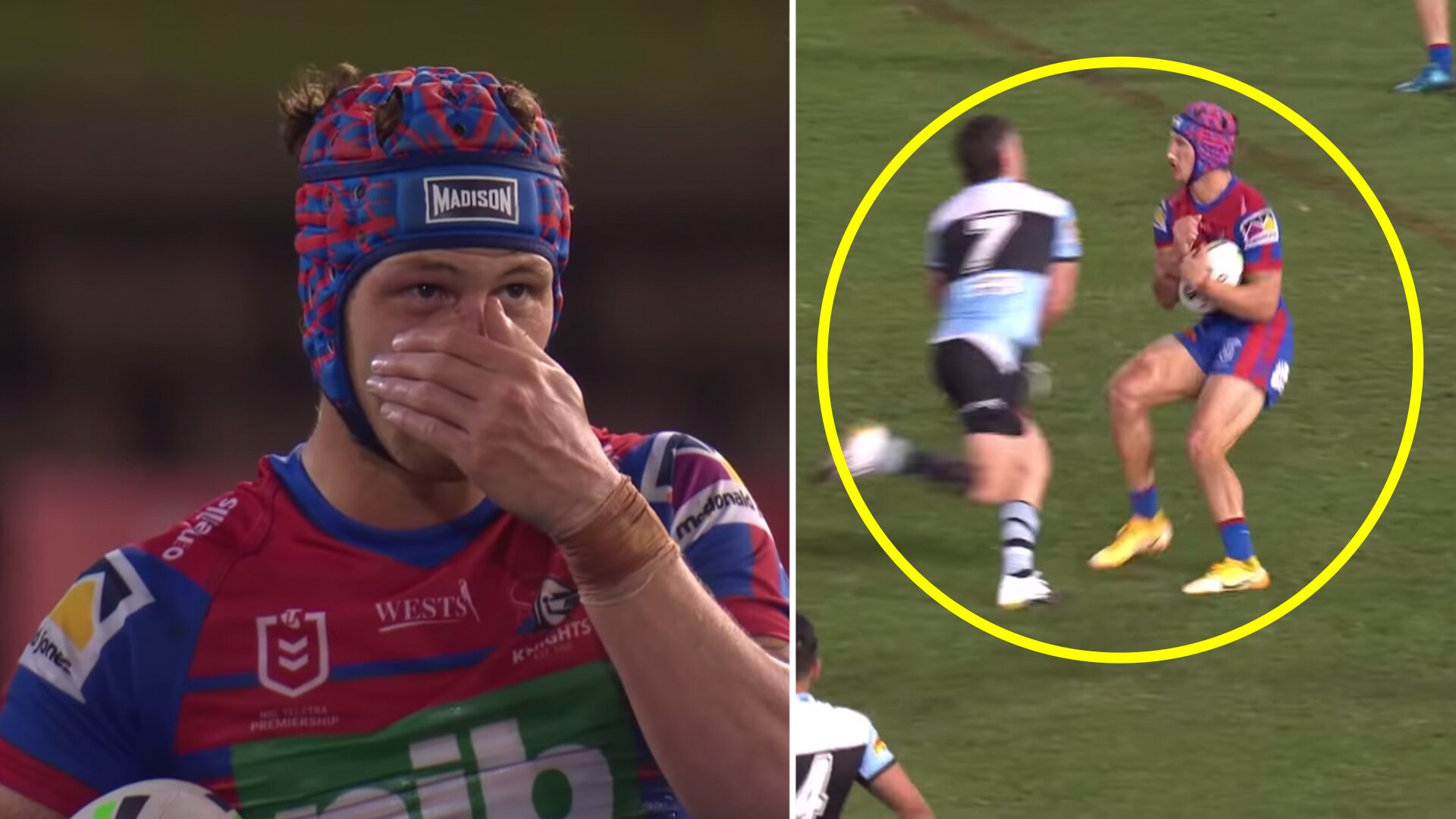 Rugby League, and Rugby, in general, was shocked to its very core today as we were sickened to see one of the worst cheap shots ever recorded in our sport.

In the NRL today the Knights were playing the Sharks and League star Kalyn Ponga was on the receiving end of a nasty late shot from one oof the players on the Sharks team.

Fans were shocked on social media when the sickening hit happened in the NRL match.

Just saw Chad Townsend on Kalyn Ponga, how anyone can think that isn’t a send off is fucking beyond me.

Hey @FOXNRL comon I was at game the hit on Ponga was clearly late we all heard whistle twice before he hit him. Could see Kayln had stopped before Townsend launched himself. Send off & long suspension regardless of point of contact. It was clearly a tactic to try & take Ponga out

Fuckin fair play to Ponga. Sharks kept battering him legally and illegally and he kept getting back up and going again.

The hit came early in the second half when a player on the Sharks team went flying shoulder first into the star man.

The shot in itself is horrendous and we admit we were a bit sick ourselves watching it. We know Rugby League is a grub sport but this takes it to another level.

Ponga is seen by many rugby players as one of the top players in the code and he is targeted often by players.

Chad Townsend became the 3rd person to be sent off in 2020 for this INSANE shot on Ponga.#9WWOS #NRL #NRLKnightsSharks pic.twitter.com/PW0i6hqYqj