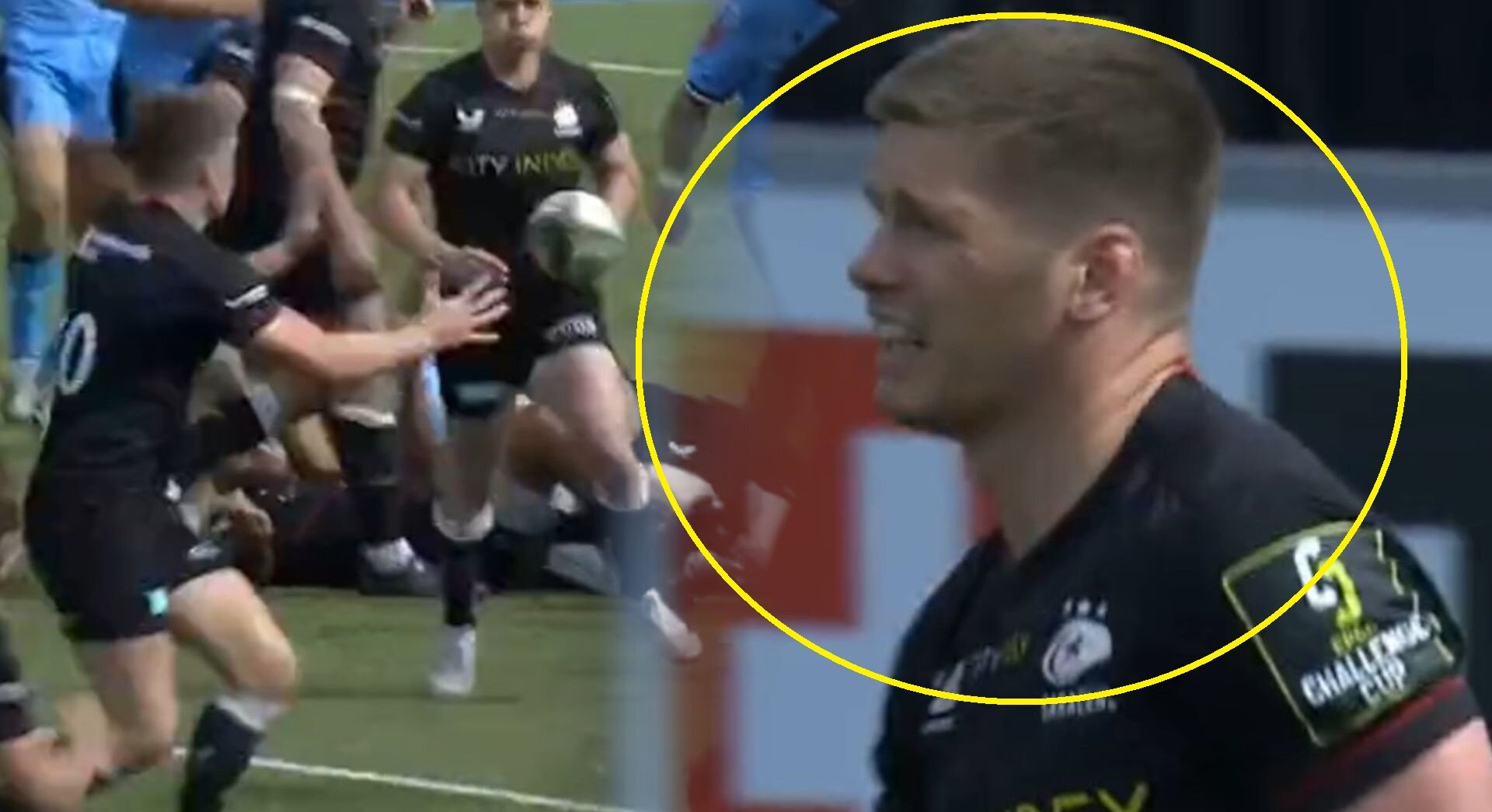 Marcus Smith’s England career is hanging by a thread this weekend after a remarkable piece of skill by Owen Farrell proved that the brave Wigan ace is still the best 10 in the land.

Farrell was injured for a good few months and it gave him time to work on his hand skills, which have now been accelerated to near Carlos Spencer levels.

Meanwhile, Smith failed to kick a conversion that most people’s nans would have slotted, a gaffe that effected booted Harlequins out of Europe. (No harm, they didn’t have the pack to roll with the big boys anyway).

Anyway, watch what Owen Farrell does here. It’s quite remarkable. In retrospect, we may well look at the England career of Marcus Smith as a mere blip on Owen Farrell’s Rugby World Cup 2023 triumph.

Meanwhile, the Vodacom Bulls Under-20 side was crowned national champions on Saturday after securing an impressive 29-10 win over DHL Western Province in the final of the SA Rugby Under-20 Cup.

After having lost their only match of the round robin stages to the DHL Western Province U20 side, the Vodacom Bulls managed to change things around when it most mattered and were rewarded with another addition to the growing trophy cabinet at Loftus Versfeld.

Despite having gone into the half-time break trailing 7-10, a dominant second half performance saw the side from Tshwane showing their intentions from early on in the second half and continuing to put in a gallant performance for the remainder of the game to claim the 2022 SA Rugby U20 Cup bragging rights.

“We are most proud of the feat achieved by this talented group of youngsters, who have shown great determination and diligence throughout the season,” said a satisfied Vodacom Bulls U20 head coach, Wessel du Plessis, after the game.

“There has been a lot of hard work that has gone on behind the scenes to ensure that we reach the final of this tough competition. To be crowned champions is just the cherry on top, and reward for all the efforts of everybody involved in this special team.

“It has not been an easy road. We have come up against some stiff competition right up until the end. DHL Western Province have been worthy competitors throughout the season and also deserved their place in the final showdown. Looking at all the teams that participated, we can rest assured that the future of South African rugby is in good hands with the immense talent that has been on display.”