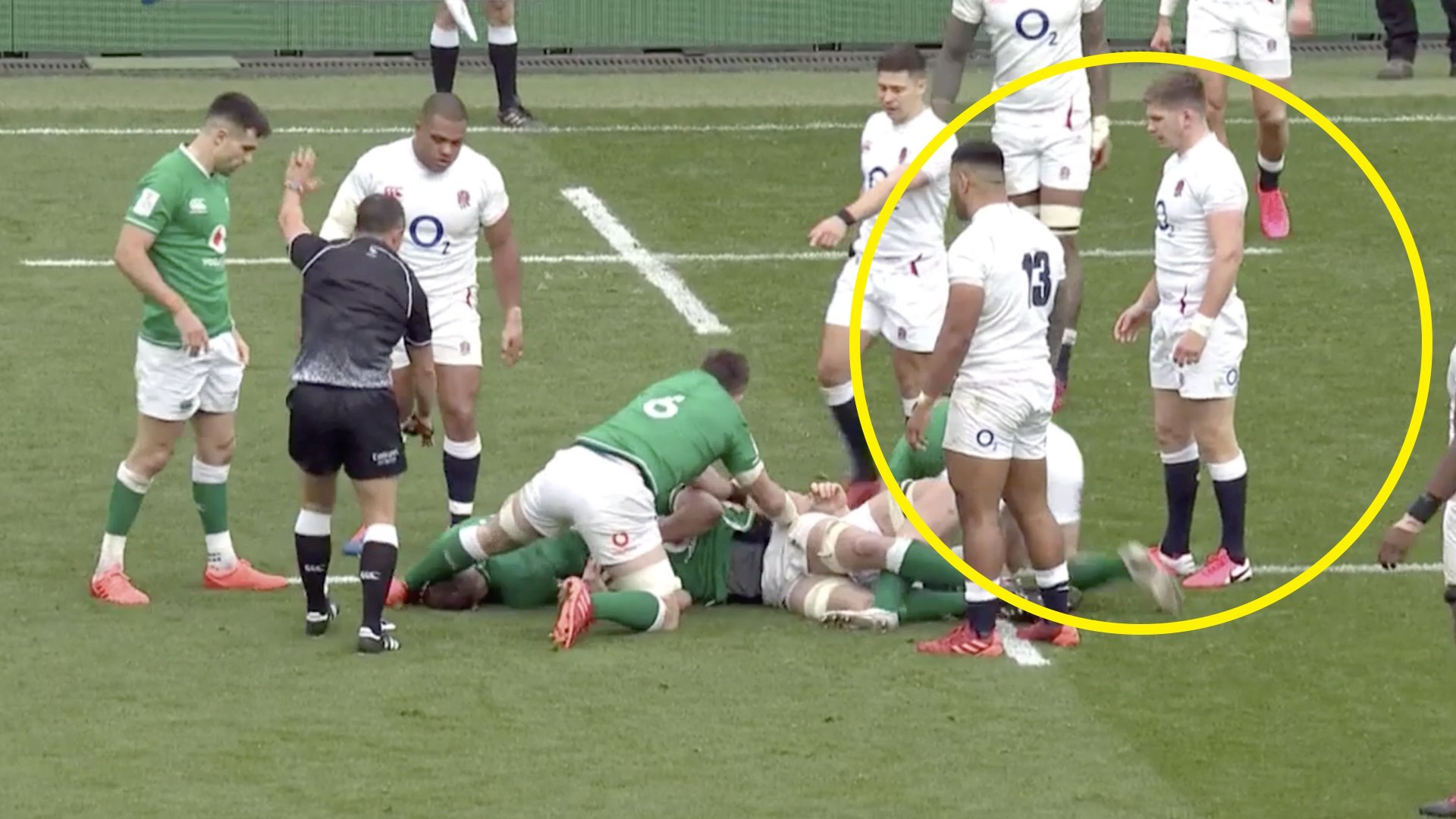 We found this short clip online today of Owen Farrell’s reaction to seeing Jordan Larmour injured and to be honest we are in shock. It’s odd to say the least!

The England captain has earned quite the repuation of late for being a bit of a wind up merchant on the pitch, and it was no different this weekend as he got under the skin of the Irish players on multiple occasions.

One incident can be seen here when Ellis Genge wound up Owen Farrell.

We then found this quite incredible clip online showing the England man’s reaction when he saw Ireland youngster Jordan Larmour fall awkwardly in a tackle.

Larmour looked like he was injured when Farrell himself landed on him and it looked like his leg got locked up in the challenge.

It was quite a painful site but Owen Farrel’s reaction to seeing him injured was quite a shock.

Was this the reaction you would expect…?

Leicester Tigers have confirmed that their long-standing CEO has stepped down after 15 years of service to the club. Simon Cohen has removed himself after agreement by the board of the Welford Road club.

“Leicester Tigers announces the departure of Simon Cohen as Chief Executive and that, with immediate effect, Andrea Pinchen will be the club’s new Chief Executive, having previously been its Chief Operating Officer.”

Peter Tom, Chairman of Leicester Tigers, said: “Simon has served Tigers for 15 years, playing a vital role in the professionalisation of the club’s activities on and off the field. After many years of service and in the context of the challenges presented by Covid-19, Simon and the Board agreed now was the right time for him to step down as Chief Executive. We thank him for his contribution and wish him the very best for the future.