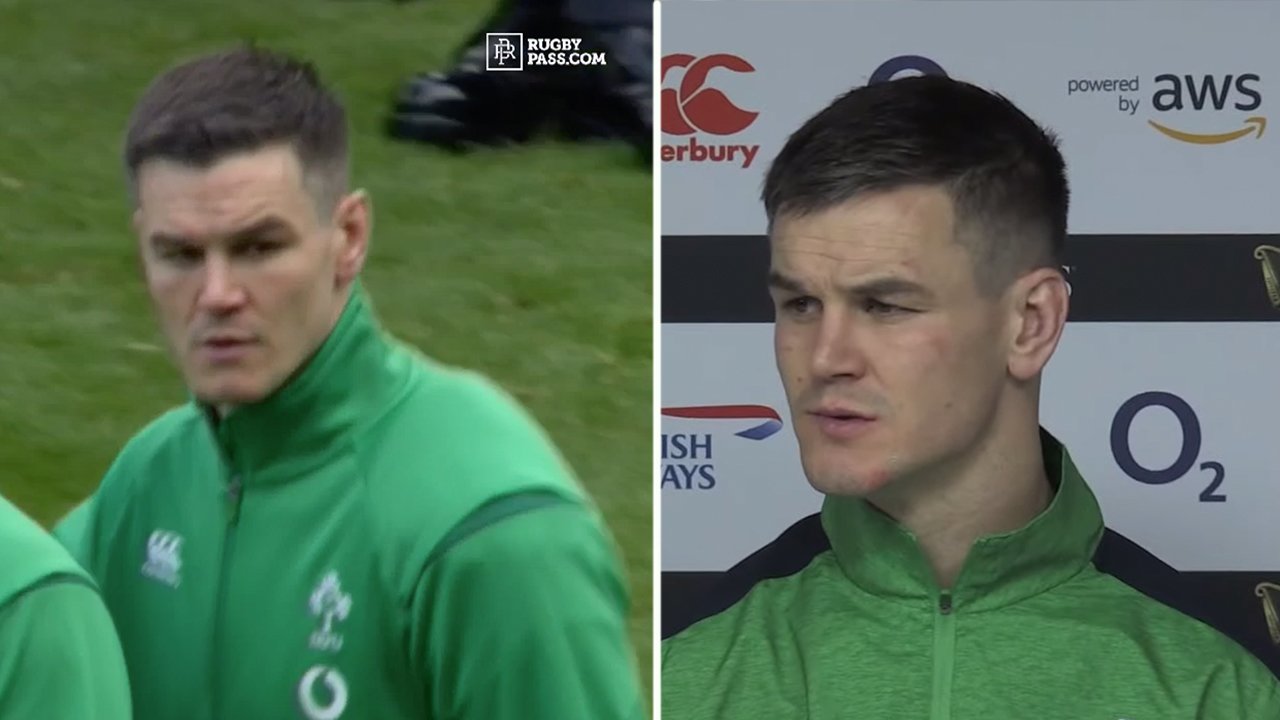 A video has emerged late last night revealing just how poor Johnny Sexton was against England in the Six Nations.

The normally talismanic fly-half had his single worst performance ever in an Ireland shirt and it undoubtedly cost his team the match.

The Leinster 10 was on poor form in every manner, even having a go at one of his teammates when he himself gave them a poor ball which they dropped.

A video has been released showing just how bad his match was.

RugbyPass gave the Ireland star a 2/10 in their player ratings. Rightfully so after the performance that he put in for the men in green.

This was their review.

“From the whistle England began repeatedly sending Manu Tuilagi down his channel. Things got worse when he fumbled an awkward bouncing ball to gift England’s their opening try. His hooked kick in front of the posts in the 14th minute seemed to suggest an unfolding nightmare and his missed conversion in the 51st minute confirmed it. One of Sexton’s worst-ever games in green.”

England’s claim they were ready to rediscover the form that swept them to last autumn’s World Cup final materialised into a crushing 24-12 victory over Ireland at Twickenham, keeping their Triple Crown hopes alive.

There were shades of the knockout phase romps against Australia and New Zealand as Eddie Jones’ men ended the Irish Grand Slam march in destructive fashion, leaving France as the Guinness Six Nations’ only unbeaten team.

From start to finish they tore into opponents who never recovered from an early onslaught and whose fingers found the self-destruct button with alarming frequency.

George Ford and Elliot Daly poached tries that propelled title-chasing England out of sight after 25 minutes, both of them profiting from blunders by Johnny Sexton and Jacob Stockdale behind the whitewash.

By the end of the first half Ireland had spent only 31 seconds in the enemy 22 and, although they eventually became a more cohesive attacking force, they never looked remotely capable of overcoming a 17-0 interval deficit.

Luke Cowan-Dickie crossed for the third try and Owen Farrell kicked three conversions and a penalty as England’s mastery of the Irish was extended to a third successive rout.