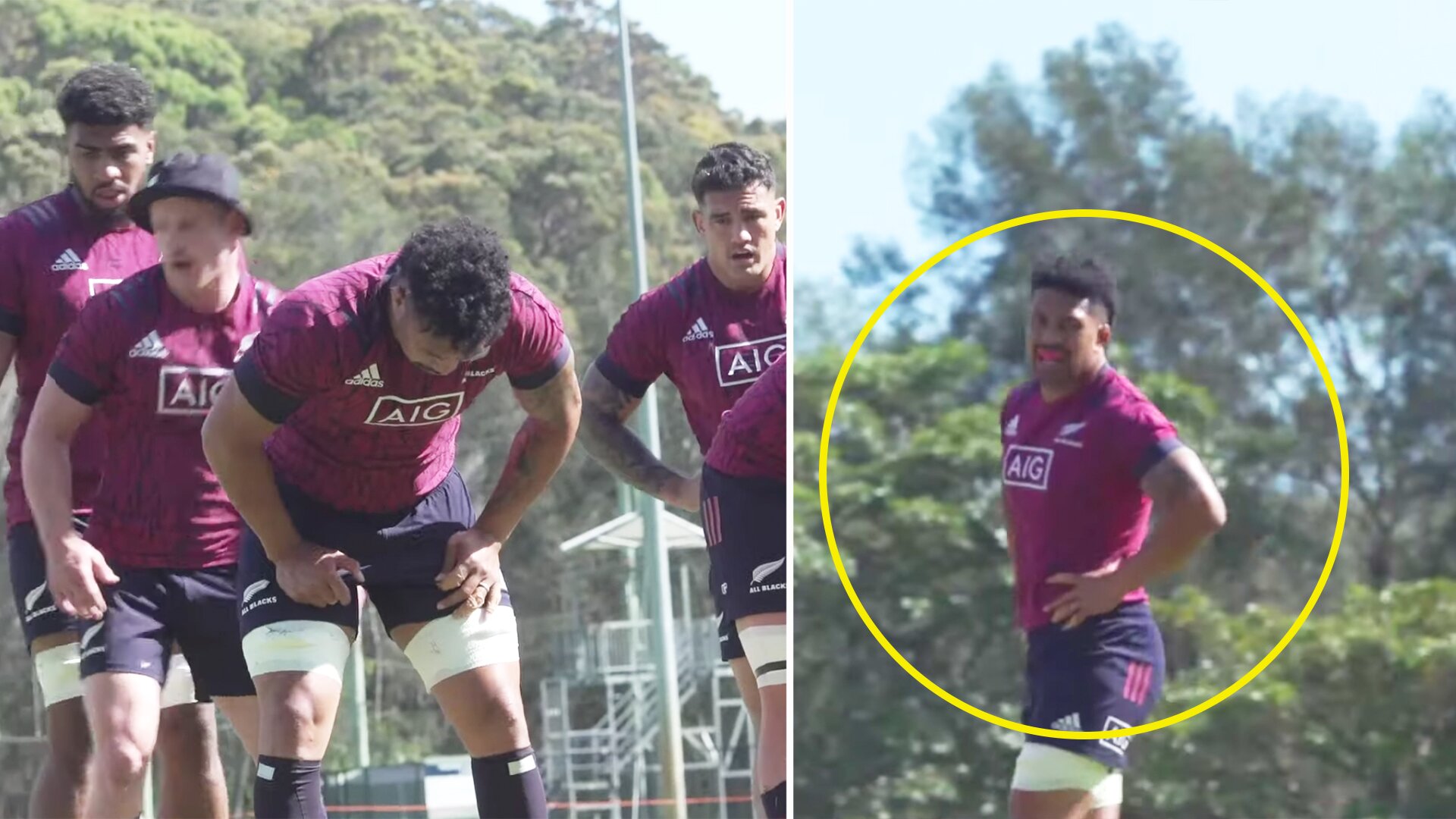 Fans have expressed their concerns about the welfare of All Blacks star Ardie Savea after new training footage emerged earlier today.

The Hurricanes and All Blacks star was the focus of the new video that was shot featuring the side currently ranked at number three in the World Rankings.

New Zealand have come off the back of a two-match losing run and the intensity of this session seems to show that the side are looking for more than just a reaction for their next Tri-Nations clash.

Fans pointed out something that seemed a little off in this training session as the players went through what looked like a rigorous set of drills.

Here’s what one user commented on the video All Blacks video,

‘Hmmm…doesn’t look sharp to me. Might just be the clip but all looks a bit pedestrian. Ardie looks like he’s in pain/running on tired legs or something, either way he’s not a number 8. Use him off the bench to replace Cane in final 20min and Whitelock can captain’ – Nathan Smith

After watching this footage, we have to agree. What do you think? Watch Ardie Savea in the new video below

This is not the first time that Ardie Savea has played on through the pain. All Blacks Player Cam footage from the opening Bledisloe Cup game showed him hobbling on the field after a match-saving intervention against the Wallabies.

🏃🏽📹 PLAYER CAM | Check out @ardiesavea like you’ve never seen him before through the @skysportnz player cam!

How about this match-saving turnover in overtime.

The RFU have confirmed Steve Diamond’s Tuesday morning revelation that Sale have been exonerated following an investigation by England Rugby HQ into the coronavirus outbreak which threw the finale of the Gallagher Premiership’s regular-season into chaos.

Sale’s virus outbreak ultimately affected 27 players and staff and resulted in the cancellation of the home match with Worcester amid allegation that had gone out partying following their Premiership Cup final win over Harlequins the previous month.

The RFU have completed their Minimum Operating Standards Review at Sale Sharks.

Diamond said on Tuesday ahead of the report’s publication: “Quite rightly we were cleared by the RFU. The judgment isn’t out until this afternoon but that appears to be the decision.

“I’m philosophical about it really. Obviously, we had a mass outbreak so they have got to have a look at it. I’m just a bit disappointed with rugby in general really over the event where Pat Lam, Ugo Moyne, Alan Solomons all jumped in on these false allegations that we were partying in the inner city and the student areas of Manchester, which was a real poor thing to say with no evidence and was factually incorrect.”

Now the RFU have delivered its report into its investigation, confirming that none of the alleged partying has taken place. “The RFU review and the independent compliance audit of Sale Sharks in relation to the events surrounding the Premiership Cup final of September 21 have concluded,” read their statement.

“It is accepted that most, if not all, of the Sale Sharks’ squad returned to their training ground at Carrington following the match. They were joined by members of the club who had been specifically PCR tested in order to attend. The nature of the event was to celebrate the cup final win and the passing of a long-serving staff member.

“No evidence has been found to show that any player or member of club staff left the Carrington training ground and went to any other venue apart from their home. Currently, there are no grounds for any charges, either under RFU rule 5.12 or the Covid disciplinary framework, against Sale Sharks or any individual associated with Sale Sharks in relation to events around the Premiership Cup final.

“The independent compliance audit of Sale Sharks was conducted by Healthwork Ltd, a specialist provider who advised on Covid compliance across sport. Recommendations were made which have been approved by the PGB for implementation ahead of the 2020/21 Gallagher Premiership season.

“The recommendations to reduce risk and protect the welfare of players and staff include full compliance of the Covid minimum operating standards with specific references to mandatory use of a rugby squad medical app for the screening of all players and staff, prompt access to GPS data for use in any required contact tracing process, full availability of training footage for use in any required contact tracing process, and a formal process for the notification of players who are impacted by positive Covid tests.

“While identification of the source of the Covid outbreak is outside of the scope of the review and audit, it should be noted that neither Public Health England, Sale Sharks or the RFU have been able to confidently determine how Covid was first introduced into the environment. It occurred at a time when the local area was seeing a huge rise in the number of Covid cases within the community and it is thought most likely that the source of the infection was outside of the club environment.”