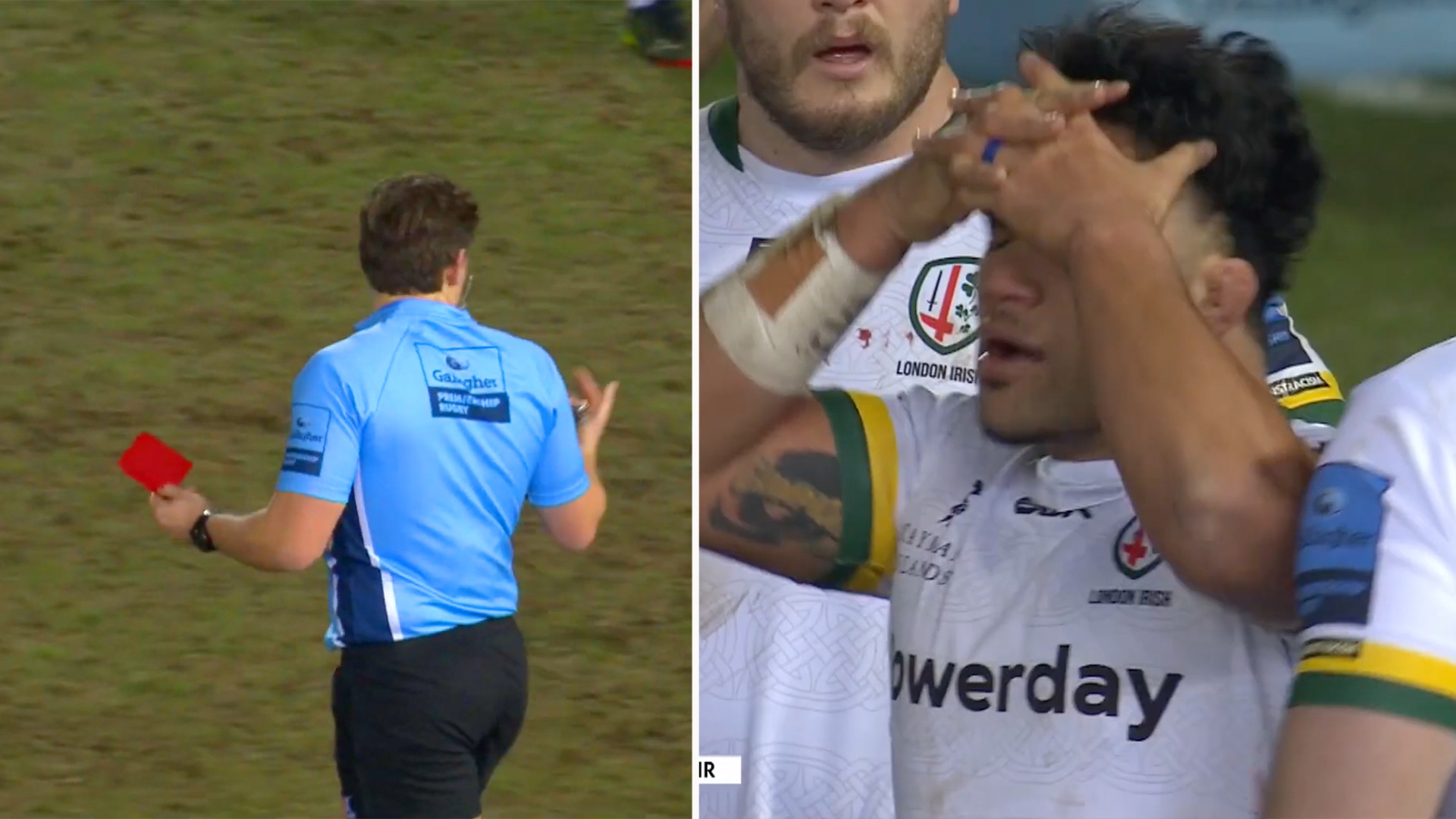 Red cards aren’t hard to get these days in the game of rugby – that is unless your name’s Owen Farrell.

The England captain avoided being sent off on the weekend after effectively head-butting an Italian player in the back of the head at Twickenham.

The Saracens fly-half was let off without as much as a warning against the Azzuri. A London Irish player on the weekend wasn’t afforded the same luxury.

First, let’s cast our minds back to Saturday to the Owen Farrell incident.

England were just pulling their way back into the game before this sickening hit from Farrell Jnr. How either player managed to stay on the field after this, we do not know.

watch the hit in the video below

As you can clearly see, it was awful.

In another game this weekend, however, it was a different story completely. As London Irish player, Motu Matu’u learnt that you’re not allowed to lead with the head into a tackle.

After seeing this carbon-copy version of the Owen Farrell hit, do you think he was unlucky to have been shown a red?

watch the London Irish red in the video below

Fans were split on social media about whether the Owen Farrell tackle was a red card at all. So, in that case, should the referee have sent off Motu’Matu?

Here was some of the reaction to Farrell’s hit on Saturday.

Has Owen Farrell got shagging videos of Eddie Jones he’s threatened to share in the WhatsApp group? #GuinnessSixNations #ENGvITA