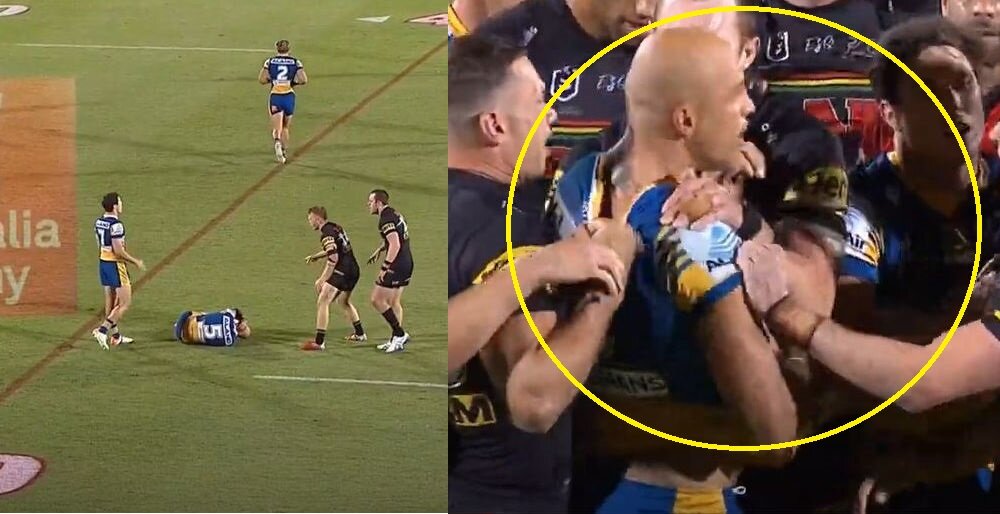 Diving in the NRL now is it? Never.

League tough guy Blake Ferguson was out for the count but then a member of the opposition call him a “cat” or something and he immediately jumps to his feet and attacks like a dehydrated wombat. Aussie League meatheads hate being called cats for some reason. God only knows why.

It’s clear that maybe his initial injury maybe wasn’t quite so bad. It pains us to see it.

League has been a sport for the unstable and violent, but we never thought they’d start ‘simulated’ injury for win penalties. Very sad. Very, very sad.

Exeter Chiefs have won nine of their last 10 fixtures against Leicester, including the last seven on the bounce, scoring an average of 36.2 points in those nine victories; the Tigers’ last win against the Chiefs came at home in September 2017 (20-13).

Leicester Tigers have won six of their eight games when playing their Premiership season opener at home, scoring 3+ tries in each of their last five such games.

Leicester lost their most recent home game in the Premiership (23-26 v Bristol) but haven’t lost consecutive matches at home in the league since March-October 2019 when they went on a five-game losing sequence at home.

There were 12 tries scored in the last Premiership meeting between Leicester Tigers (5) and Exeter Chiefs (7), the joint most in a single game during the 2020/21 campaign (level with six other games); Exeter came out on top on the day, recording a 47-31 victory.

Exeter’s Sam Simmonds scored the most tries (21) and made the most carries (263) of any player in the Premiership last season. He also made the second most tackles (234) among all players in the league in 2020/21.

Of forwards to play 400+ minutes in the Premiership last season only two averaged four or more defenders beaten per 80 minutes – Leicester duo Jasper Wiese (4.8) and Ellis Genge (4.1); Exeter’s Sam Simmonds was fourth in that ranking (2.9).