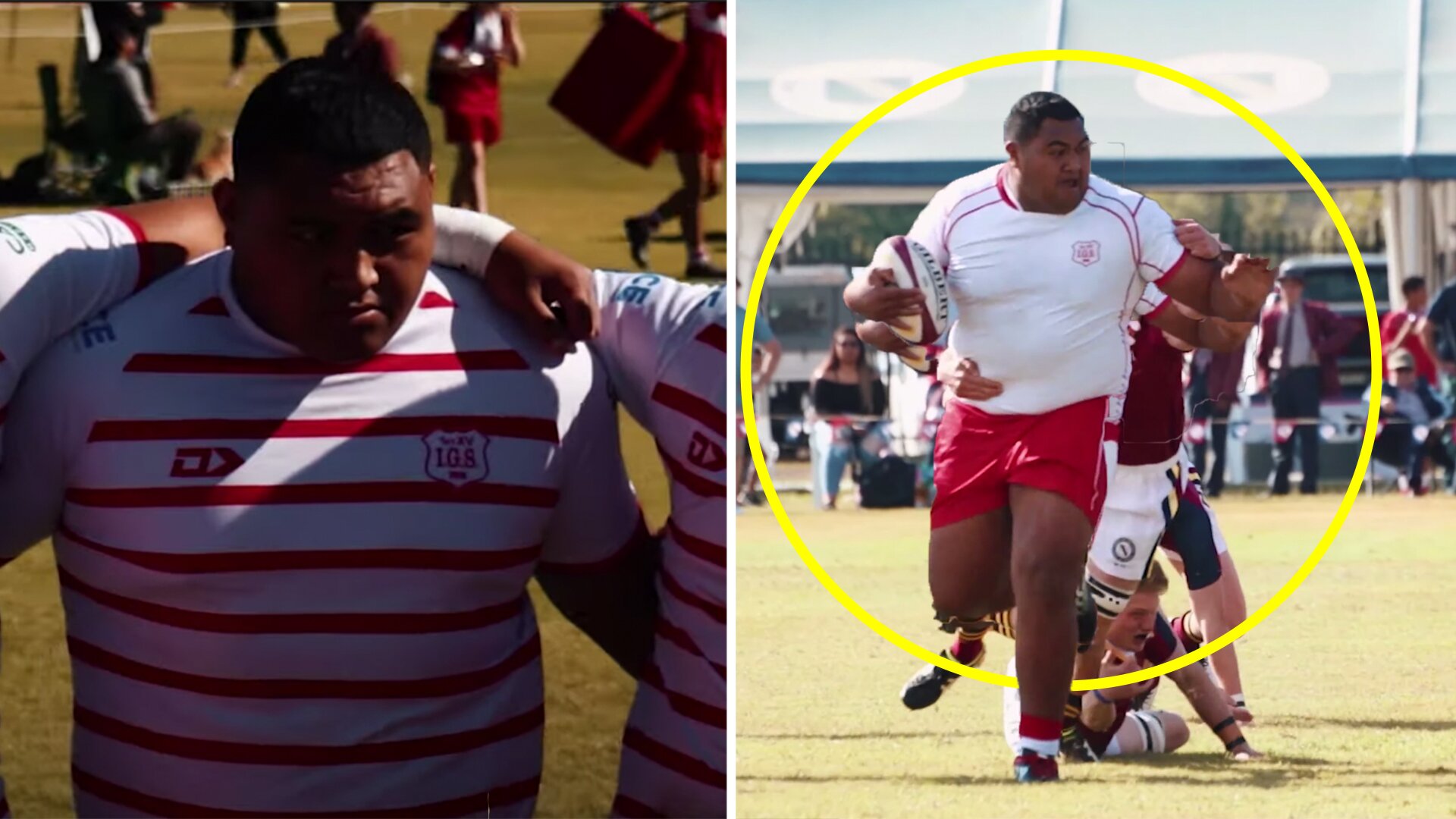 We have just discovered the previously unseen highlight reel of this monumentally massive prop who plays his rugby in Australia. His name is Romeo Tanielu and he is simply gargantuan.

Ipswich Grammar School’s Romeo Tanielu transferred from St Edmunds College at the end of 2017 after his size drew plenty of attention during the Queensland Schoolboys trials in 2017.

Bearing closer resemblance to a refrigerator than an actual human being, Tanielu featured off the bench for Queensland II at the 2018 National Championships after a strong pre-season under experienced coach Steve Nance.

He weighs in at a whopping 135kg which is massive for a prop even by rugby standards!

Check out this previously unseen video of Romeo Tanielu getting ready to gear up!

New Zealand Rugby has a fresh fight on its hands, with claims that leaked documents show they agreed to a schedule that would involve the All Blacks being quarantined on Christmas Day.

NZR chief executive Mark Robinson denies that he signed off on an agreement which included a six-week Rugby Championship that would end on December 12, before a two-week quarantine period for the players as mandated by the New Zealand Government.

Both Newshub and the Sydney Morning Herald are reporting that leaked minutes of a meeting between the SANZAAR chief executives shows that New Zealand were not “blindsided” by the announcement of the six-week tournament.

Newshub said the minutes clearly show a six-week draw was accepted by everyone, and that all parties were comfortable with the September 24 announcement of the draw.

The Sydney Morning Herald stated: “Leaked minutes from a meeting of SANZAAR CEOs have revealed New Zealand Rugby agreed to play a six-week Rugby Championship which would finish on December 12, despite their insistence otherwise.”

The SMH says it sourced the minutes from New Zealand. They “clearly show” the six-week format was agreed upon by all four nations.