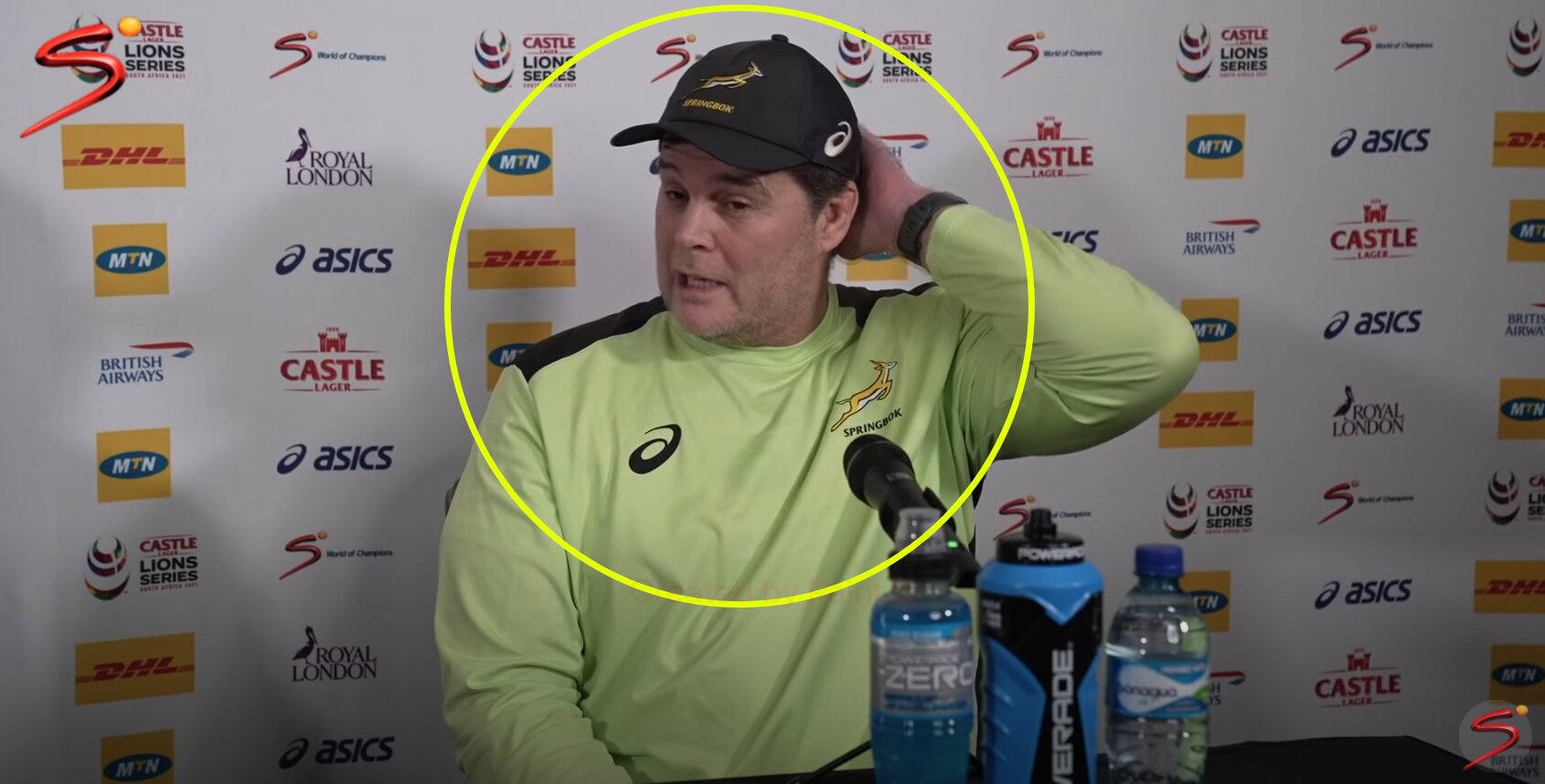 Pundit asks the question everyone’s too afraid to ask

Since Rassie Erasmus’ now infamous hour-long video was released, it is fair to say that it has split opinion. Most have questioned the way in which he showed his objection to referee Nic Berry’s officiating, but many in South Africa feel his points were valid and this is a level of treatment that has been ongoing.

Erasmus hinted that he was willing to step down from his position of director of rugby, or water boy, over this affair, and though sanctions are expected, some feel he may be treated kindly. After all, in spite of this past week, he has always been an affable character in the rugby world.

But there is one question that few have been courageous enough to ask on social media for fear of a backlash, and that is what the reaction would have been if Eddie Jones had produced the same video. South Africans have supported Erasmus, but Jones is probably the game’s biggest villain, a role he revels in, and it is unlikely that he would have received support from any quarter of the globe if he did the same. Even those who disagree with Erasmus would likely go up to the next level if the Australian was the perpetrator.

Fortunately, former England hooker and pundit Brian Moore did dare to ask this question on Twitter, and he has been flooded with responses.

For the amount of talking and pot-stirring he does, the stick sent to Jones is probably warranted, but he bit his tongue when England were on the receiving end of some strange refereeing calls this year, chiefly against Wales in the Six Nations. If he released an hour-long video about Pascal Gaüzère a few days after, he probably would have broken the Internet.

Ok, honesty time. If Eddie Jones had made an hour long video following an England loss, claiming he was just highlighting inconsistencies, what would you have said?