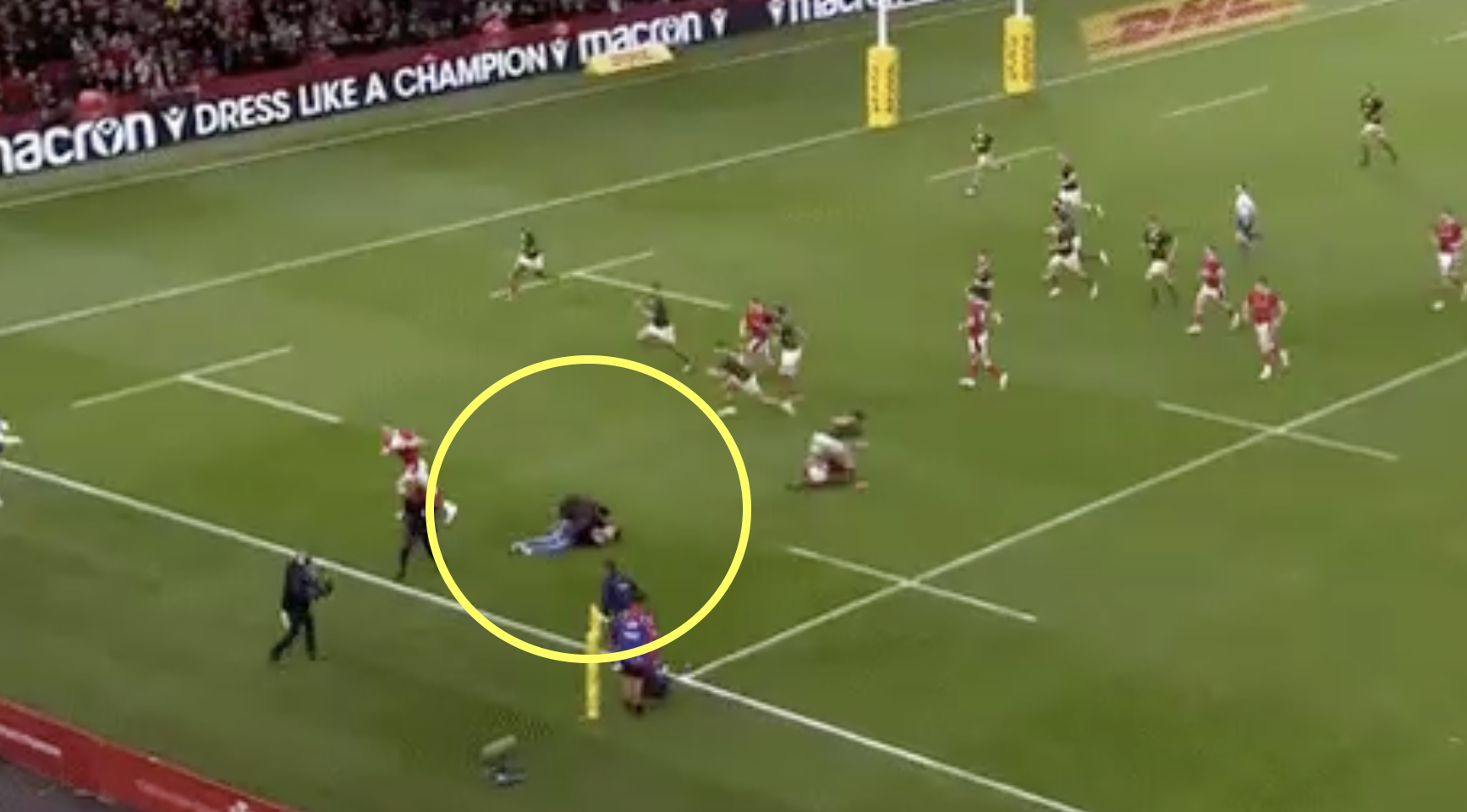 Pitch invaders have taken centre stage over the past couple of weeks in international rugby and caused quite a few problems, but commentator Nick Mullins thinks he may have found a solution.

First it was the comedian Jarvo 69 who joined the New Zealand national anthem last week against Wales, and received a mixed reaction, but the All Blacks themselves seemed to like it. He struck again last Saturday, this time at the Aviva Stadium, by joining the field in a Japan kit. However, Wales’ pitch invader against the Springboks on Saturday could only dream of receiving a mixed reaction, rather than recently being dubbed ‘the most hated man in Wales.’

This pitch invader has been blamed from Wales’ loss to the Boks, as he actually interfered with a try-scoring opportunity for Wales while he was being apprehended. There is no guarantee that Liam Williams would have scored in the corner, as a cavalry of South African defenders were charging his way, but Johnny McNicholl was forced to pass over the melee of stewards on the ground.

Well Mullins’ solution to this is to allow the pitch invaders a chance to tackle some of the players on the field and vice versa. He wrote on Twitter that the likes of Eben Etzebeth and Manu Tuilagi should have a chance to run at anyone who makes their way onto the pitch as a special prize.

He said: “Anyone idiotic enough to invade a Test match pitch should win a prize. They get to tackle Ellis Jenkins. Or Eben Etzebeth. Or Manu Tuilagi. Or Ben Tameifuna. Then the players get a go with them.”

Anyone idiotic enough to invade a Test match pitch should win a prize. They get to tackle Ellis Jenkins. Or Eben Etzebeth. Or Manu Tuilagi. Or Ben Tameifuna. Then the players get a go with them.

With two more weekends of international rugby to come this month, we’ll have to see if there are more instances like this and whether Mullins’ plan is put into place.