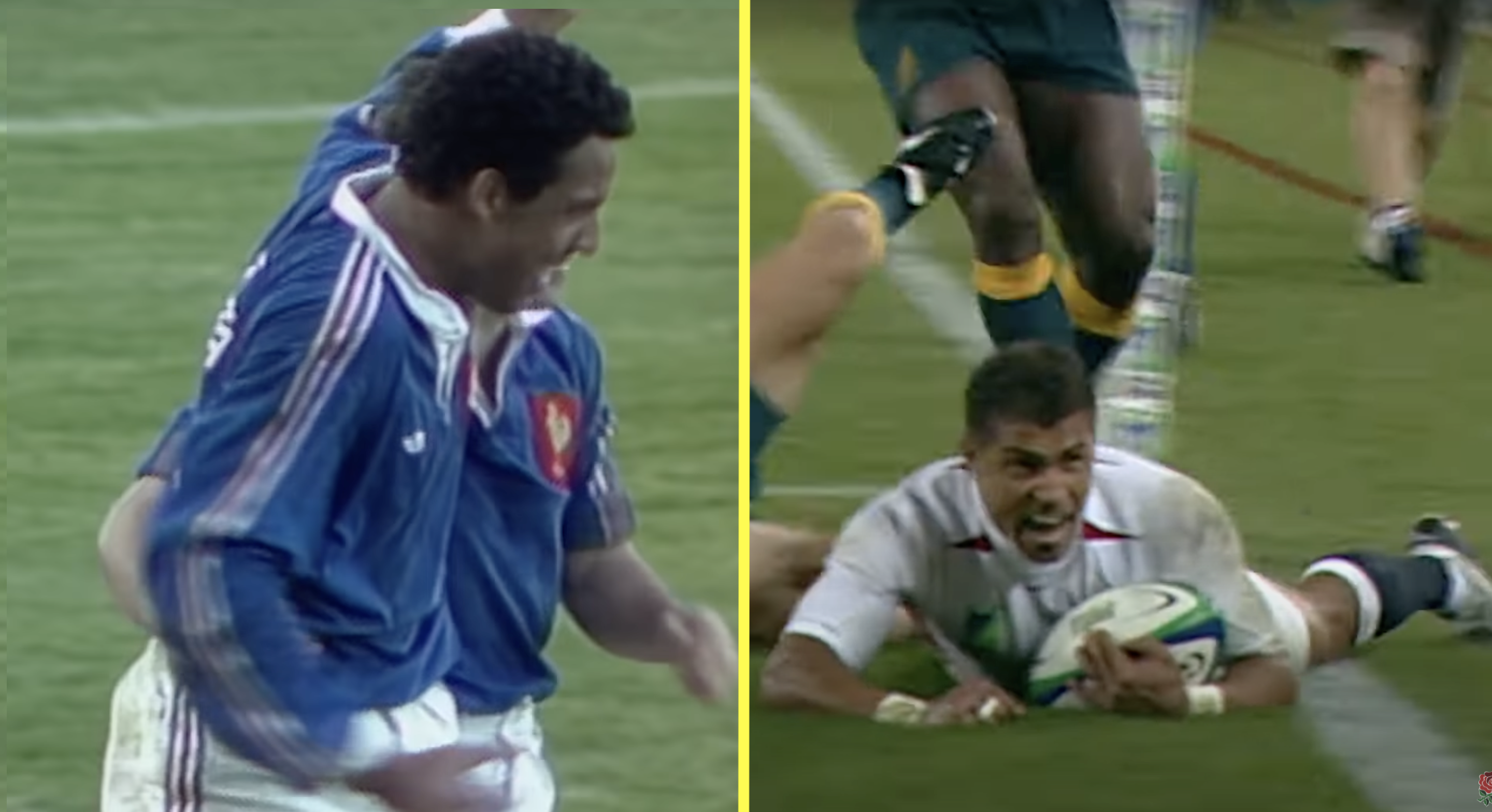 Each player provided a player from their own country in each position and then debated who should take the shirt, with host Craig Doyle giving the final verdict on positions they could not agree on. Take a look at their teams:

When deciding the combined XV, some were fairly straightforward decisions, such as Jonny Wilkinson at fly-half, where Kayser said even Frederic Michalak himself would pick Jonny Wilkinson. On the other hand, there were some tough decisions to be made, none more so than the choice between Martin Johnson and Fabien Pelous in the No4 shirt, and between Serge Blanco and Jason Robinson at fullback. Goode did decide to play the ‘World Cup’ card on a number of occasions, which is understandable.

Here is how the Johnson vs Pelous debate went down:
Goode: “Easy for me, Martin Johnson, World Cup winning captain. Absolute legend of the game, say no more.”
Kayser: “Fabien Pelous, 118 caps, he’s won four Grand Slams and five Six Nations. Legend of a bloke.”
Goode: “But how many World Cups? How many World Cups?”

Here is how the Blanco vs Robinson debate went down:
Goode: “Jason Robinson. For a man that transcended the game, from coming from league to union. Anyone that laid a finger on him on a rugby field did well. If you tackled him, you’re a hero. He could beat anyone like no one else could in the game. He’s made a lot of very good international players look silly. Jason Robsinson, absolute hero.
Kayser: “Serge Blanco. Just a killer slick, class act on the pitch. Untouchable, maybe not by the stepping ability of Jason Robinson but just was the smoothest rugby player you could ever find.”

The eventual XV is a thing of beauty though, with plenty of power and grit up front, and a huge amount of pace and guile in the backs (dominated largely by the French). Despite the ‘World Cup’ card as well, France came away with eight players to England’s seven. Take a look: