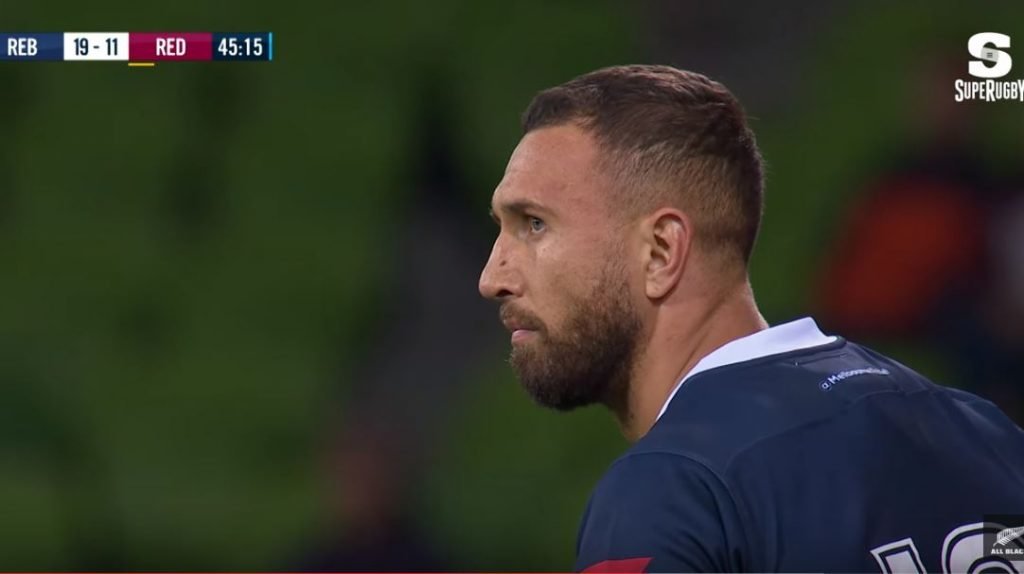 Rebels and Australia fly-half Quade Cooper has given an update on Instagram after being forced off the field in his side’s win over the Reds on Friday.

The fly-half came off in the second half after receiving a knee to the head from Samu Kerevi in a tackle. Cooper had got his head position wrong and came off badly. It looked to be a nasty collision, which could have serious consequences, but the 31-year-old has allayed any initial fears by saying “it looked worse than it actually was”, which will be a relief to his teammates, and all fans, who would not want to see a player suffer with head injuries.

Cooper’s reaction suggests he may not be away from the game for too long, if any time at all, which will be beneficial for his team with the Rebels sitting at the top of the Australian Conference in Super Rugby.

With only a handful of rounds remaining in the competition, the Rebels are in a good position to make the playoffs, and Cooper will be integral to ensuring that, and their success in the knockout stages, particularly as he continues to mount a claim for a Wallabies jersey.