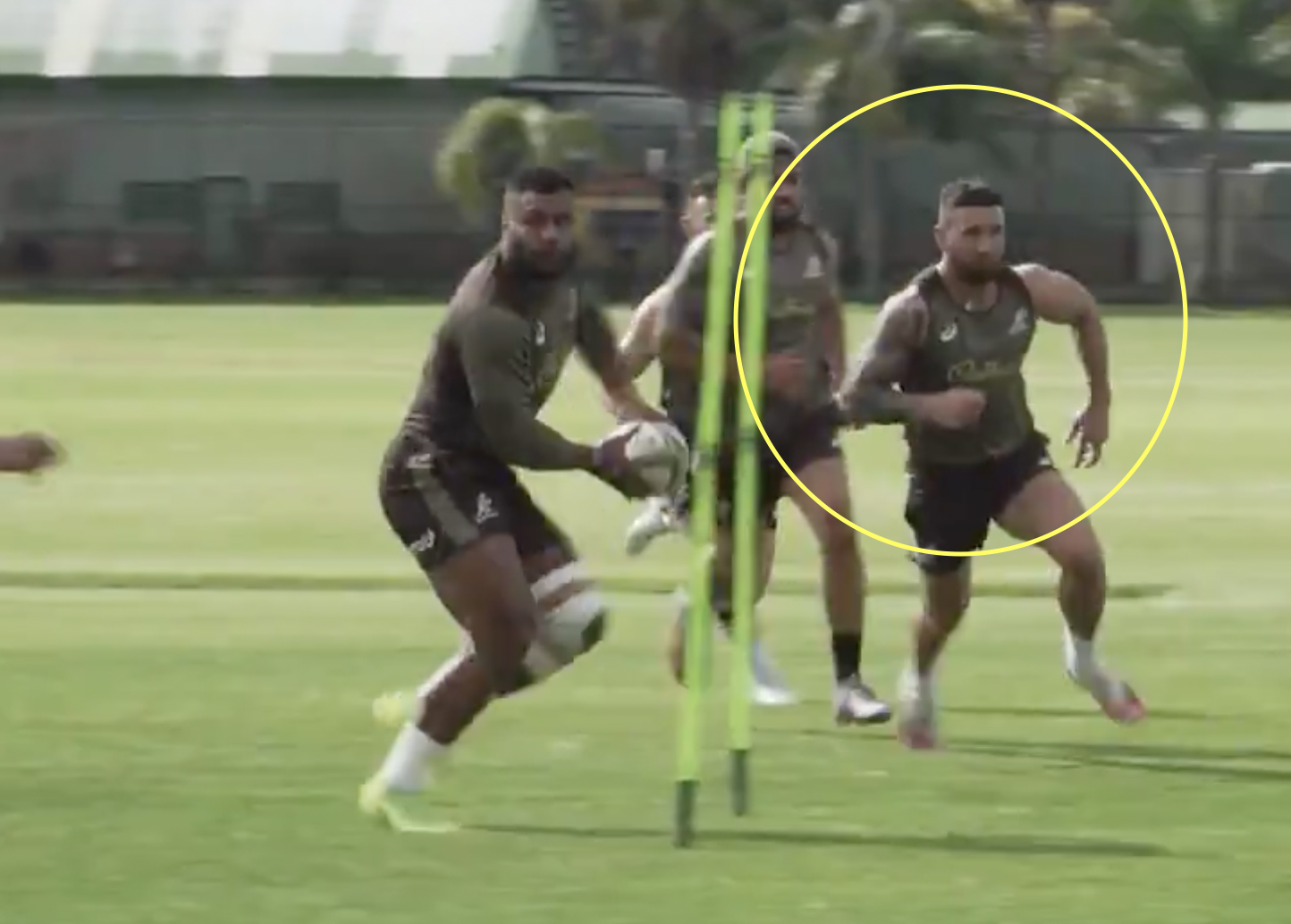 If anyone needed any more proof that Quade Cooper is one of the slickest passers of a rugby ball in recent years, the Wallabies have provided some.

The 33-year-old fly-half has been training with the Wallabies in recent weeks after receiving the call-up from Dave Rennie, and while he has not played in their two fixtures against the All Blacks so far, he has shown in training that he still has his magical skillset if he is ever called upon.

In terrible weather conditions in training this week, Cooper was still seen slinging 20 metre passes with ease. Despite now being 33 years of age and having not played a Test since 2017, Cooper’s hands are always going to be world class regardless of the conditions. On top of that, he is one of the few players that would probably try and pull off a pass like this in a Test: