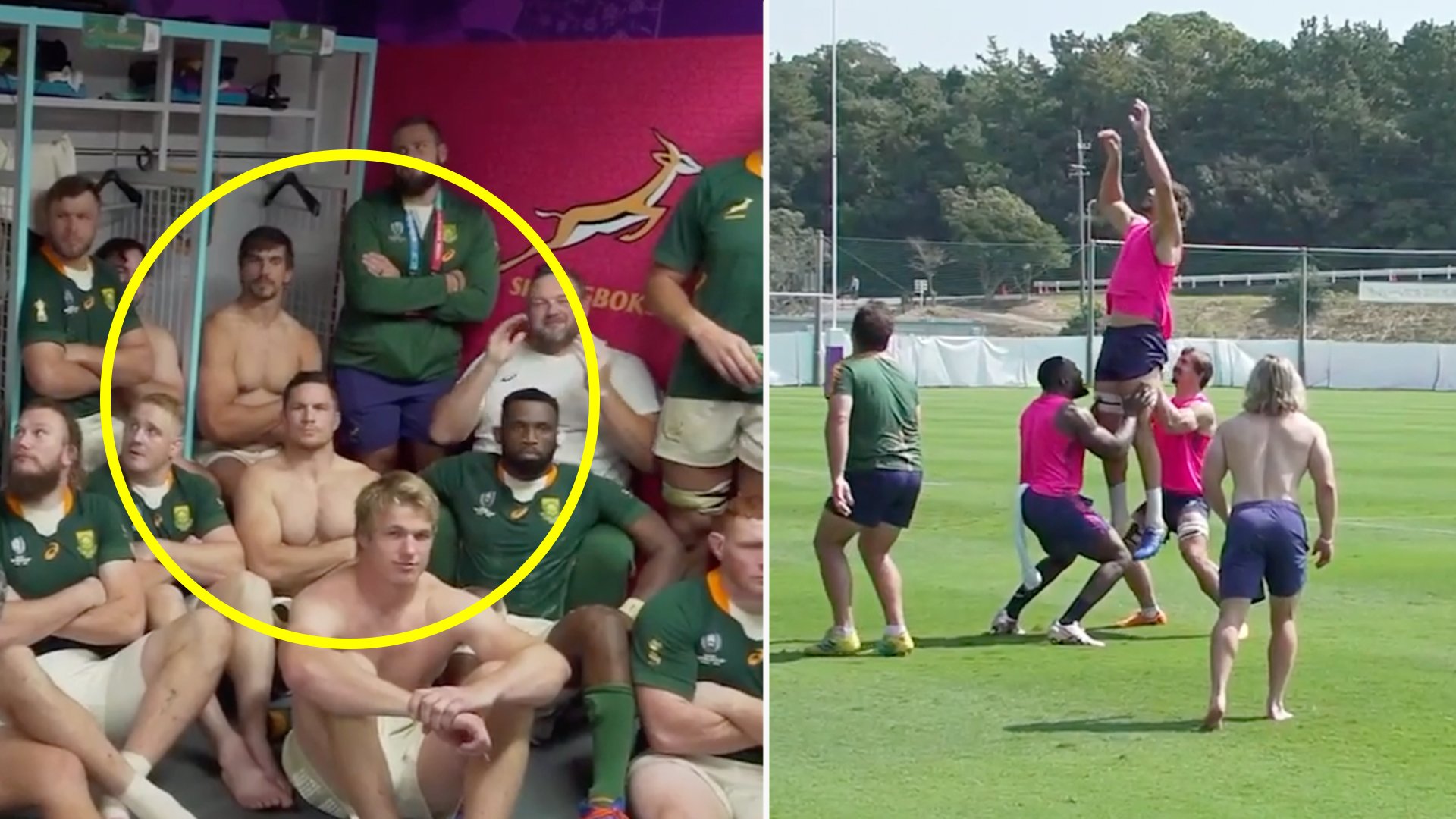 Erasmus released the clips online a few days ago, as part of a promotion for the Documentary that the Springboks are making on the team.

The documentary looks incredible, with the trailer for it going viral online a month ago. The documentary called “Chasing the Sun” gives you goosebumps just watching it!

The video shows things from training, to Siya Kolisi analysing the Welsh team.

We are not sure when the full documentary is meant to be released, but all we know is that this video gets us beyond hyped to see the final product.

Here are all the clips that Rassie Erasmus released, showing unseen footage of the Springbok team during the 2019 World Cup!

The Lions Super Rugby franchise have reportedly given up the battle to keep World Cup winning hooker Malcolm Marx. Marx, who played for the Shining Arcs in Japan since the World Cup last year, was one of several players who took the option to cancel their Lions contract under the terms of the controversial SA Rugby 21-day clause, a cost-cutting exercise aimed at saving money amid the Covid-19 crisis.

Marx, Ruan Vermaak, Tyrone Green, Shaun Reynolds and Japan-bound assistant coach Neil de Bruin were all part of the Lions group that announced their departure last month. At the time Straeuli said he “wished them well” on their journey ahead.

However, in late May Straeuli confirmed they had not given up on convincing Marx to stay at Ellis Park. “There is a very real possibility that Malcolm will stay,” Straeuli said to rugby365.com. “We would like Malcolm to stay and he wants to stay. Both parties are working hard to resolve the matter.”