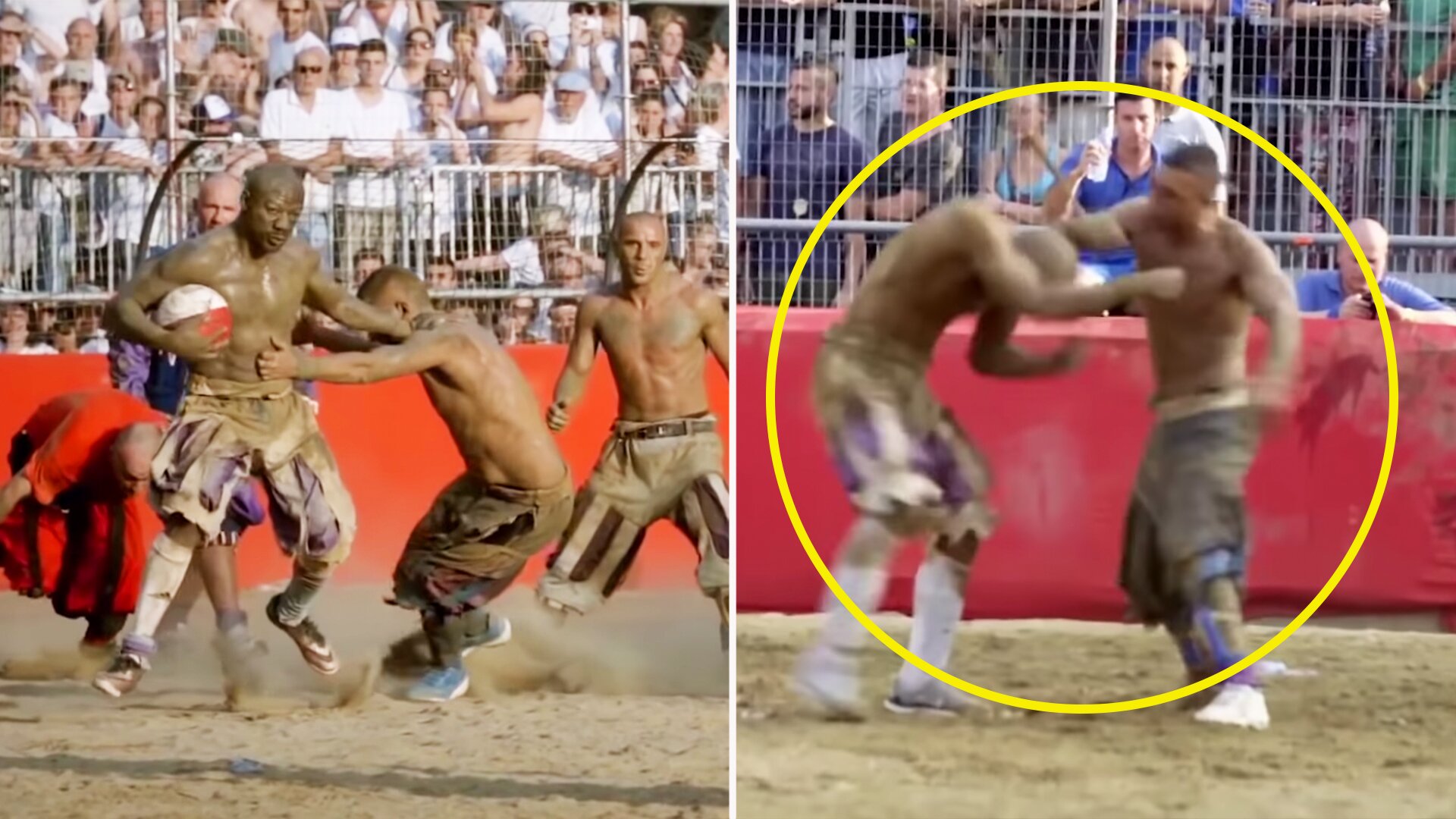 Rugby – but with absolutely no rules – this is BRUTAL

We’ve just been sent in this new video that shows an early version of rugby and it’s absolutely BRUTAL.

This new post from Youtube channel ‘Die Hard Rugby’ shows just how violent this form of the sport can be.

Warning – this isn’t for the faint-hearted.

This brutal blood game comes from Italy and we haven’t heard of it before.

In all fairness – it makes conventional rugby look like child’s play!

This sport is added in the description for the video.

Calcio Storico Fiorentino is an early form of football or rugby that originated in 16th-century Italy. Once widely played, the sport is thought to have started in the Piazza Santa Croce in Florence.

What do you think about this brutal sport? Would you take it up?

England and Lions hooker Jamie George has become the latest star player to commit to playing with Saracens in next season’s Championship, the 29-year-old inking a deal with the Londoners that will keep him at the club until 2023.

A childhood supporter and academy graduate, George has played 226 times for Saracens since his debut in 2009 after being part of the Class of 2008 alongside Owen Farrell, Jackson Wray, George Kruis and Will Fraser.

Despite Saracens’ impending relegation to the 2020/21 Championship following repeated salary cap breaches, George was enthusiastic about what the future holds for Mark McCall’s side.