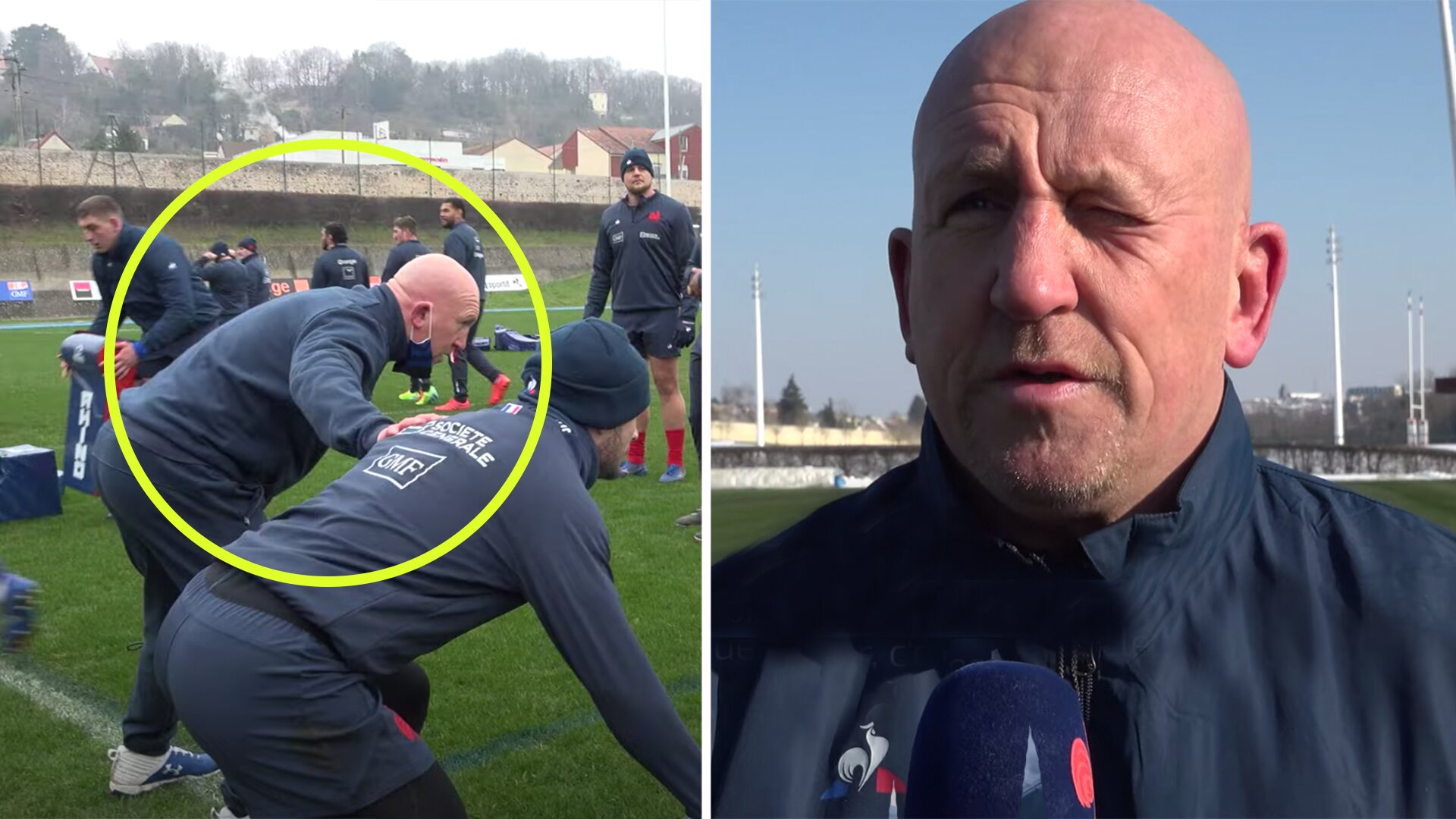 The video looks at how the French team prepare for Ireland in the Six Nations.

France is coming off a brilliant opening round of the tournament where they put 50 points on Italy in a brutal encounter.

Players such as Antoine Dupont were stars of the show, however, the French defence was just as strong as it has always been in recent months. Les Bleus released a clip on their social media today showing the English coach speaking almost fluent French as he gave an interview in preparation for the Ireland game. Just over a year ago, a clip went viral of his first interviews as defence coach for France.

Fast forward a year, it is apparent that he has worked very hard on improving his understanding of the French language.

It has culminated in him being almost fluent in the beautiful language. Edwards was defence coach for Wales before he joined France.

He has been praised for the way that he has helped to bring organization, discipline and aggression to the national side. Many coaches in sport all decide not to learn the language of a country that they go to because it is too difficult. Shaun Edwards epitomises that he is one of the best coaches in the Rugby World purely for his decision to learn French so that he can communicate with his side efficiently.

Here is the video the side released just this week, you can see Shaun Edwards communicating with the side here in almost perfect French. Brilliant to see!