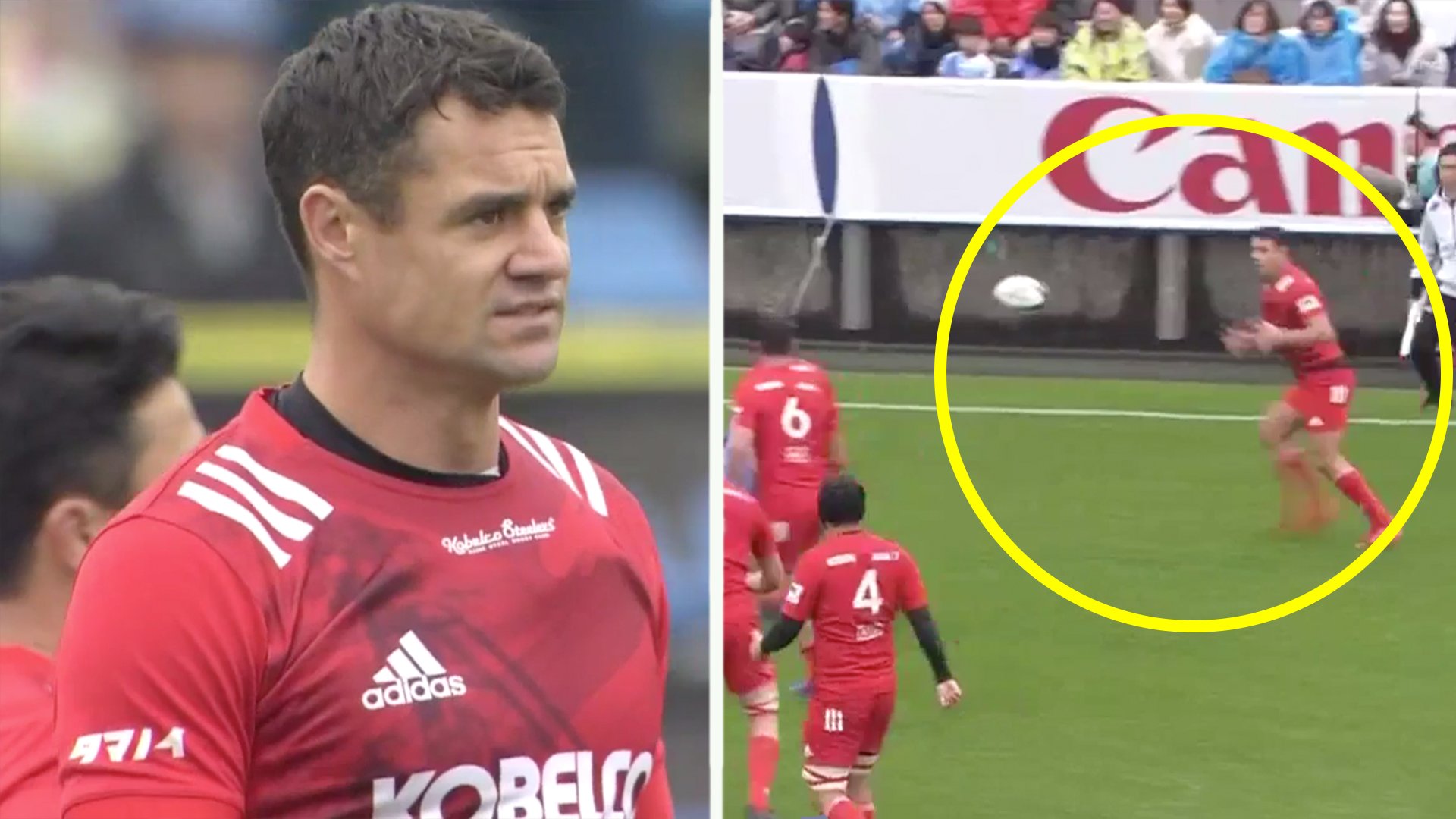 Rugby legend Dan Carter, at 38-years-old, is still playing rugby in Japan, and he is certainly turning a few heads with his performances. He somehow did this despite being targeted all game!

The New Zealand talisman was seemingly targeted by the opposition team a lot this weekend, and his teammates around him did not provide him with the protection he needed.

Despite this, he was still a class act and did some amazing things for his team.

Another chance to wear the @kobelcosteelers_official jersey. Stoked to get the win against a strong Yamaha side. On to the next.

After a first-half onslaught from some ferocious Yamaha defence, Dan Carter hit back with two classy assists for Kobe after taking some brutal hits. The man still has the midas touch.

The former All Blacks star 10 is currently playing for Kobelco Steelers in the Japanese Top League and he has certainly been putting in some performances to remember for the boys in red.

The Steelers finished on top of the table come the season’s end and were crowned Top League champions – but it was going to be a long time between drinks for the people of Kobe.

Carter played his first game of the new season last week, after saying he wasn’t sure his heart was still in rugby…

Survived my first compétition game in over a year. Thanks to the amazing supporters that came out, and my amazing teammates who remind me why I love this game so much. A good win today. On to the next one. pic.twitter.com/nrnl3VYpmX

In the game, it was clear that a lot of the players around Carter were not protecting a 10 like a team should. And because of this he was on the receiving end of some massive hits from the Yahama team.

-If your 10 is getting hit like that you need to have a SERIOUS word with your back row and get a reaction.

Despite all of these factors, he somehow managed to put in some unreal touches for his team.