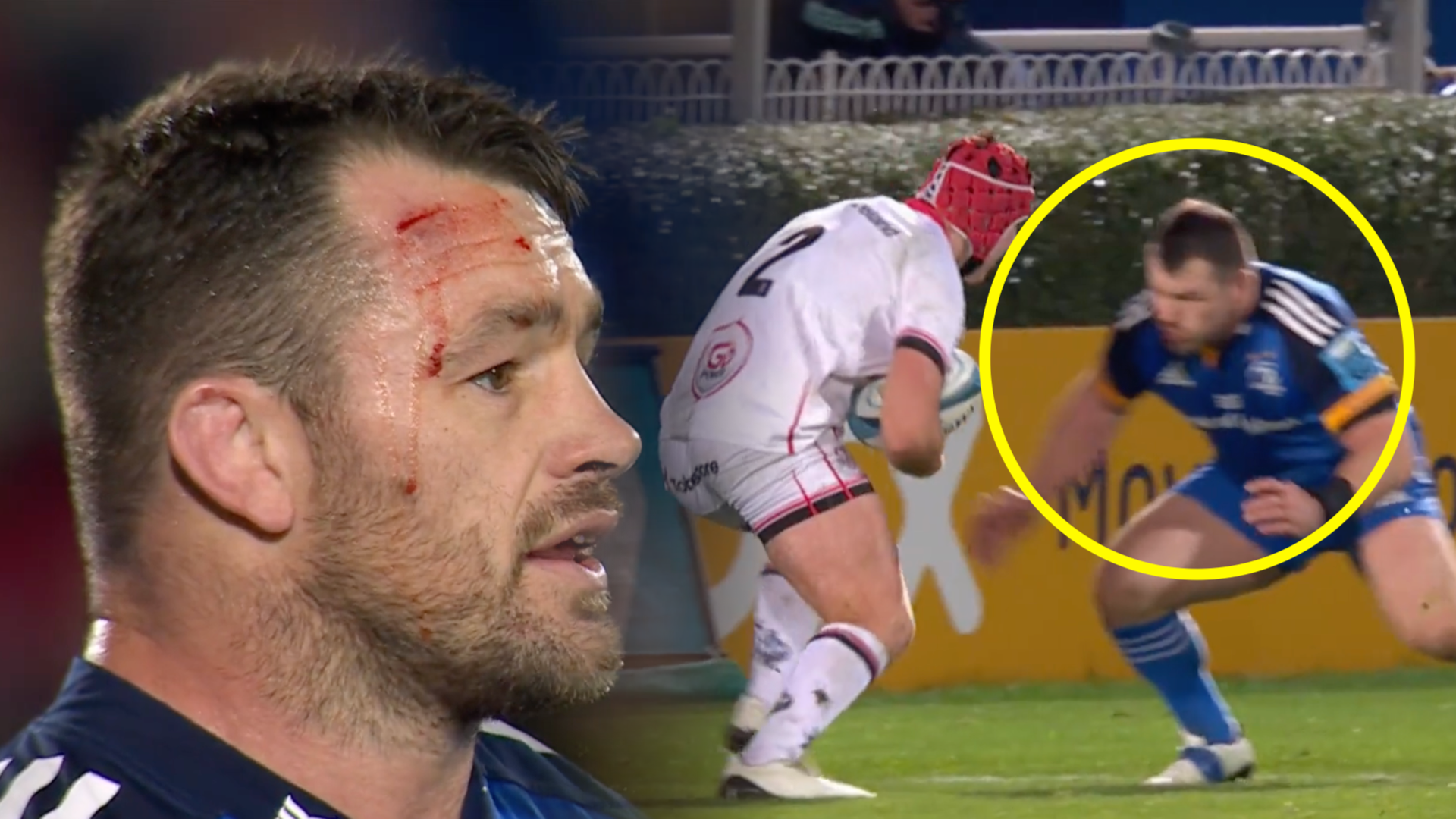 The decision to downgrade Cian Healy’s red card at the weekend to a yellow by a United Rugby Championship disciplinary panel has proven to be very controversial indeed.

The Leinster loosehead was shown red by referee Christophe Ridley on Saturday after clashing heads with Ulster hooker Tom Stewart, forcing him to leave the field with a head injury.

Since then though, a panel has said that there were “sufficient mitigating factors” to reduce the card to a yellow, allowing him to play against Racing 92 in the Heineken Champions Cup this weekend.

This has caused a huge storm online, with people questioning how head on head contact that caused a head injury could possibly only be a yellow. Then again, there a plenty of people online saying that Healy was passive in the tackle, and the players only briefly brushed heads. This has proven to be a strange one.

Following a TMO review, the referee shows a red card and Leinster will play the rest of this game with 14 men.

The URC statement said: “The Disciplinary process related to Cian Healy Red Card in the BKT United Rugby Championship Round 9 game against Ulster on Saturday December 3 has been overturned.

“After an act of foul play against Ulster player No 2 (Tom Stewart), referee Christophe Ridley showed the Player a Red Card in the 20th minute of the game under Law 9.13 – A player must not tackle an opponent early, late or dangerously. Dangerous tackling includes, but is not limited to, tackling or attempting to tackle an opponent above the line of the shoulders even if the tackle starts below the line of the shoulders.

“Upon review of the incident, the Panel overseeing the disciplinary process (Robert Milligan KC (Chair, Scotland), Nigel Williams (Wales), Simon Thomas (Wales), deemed that there was sufficient mitigating factors to reduce the Red Card to a Yellow Card. Therefore the Red Card was not upheld and the Player can return to play effective immediately.”