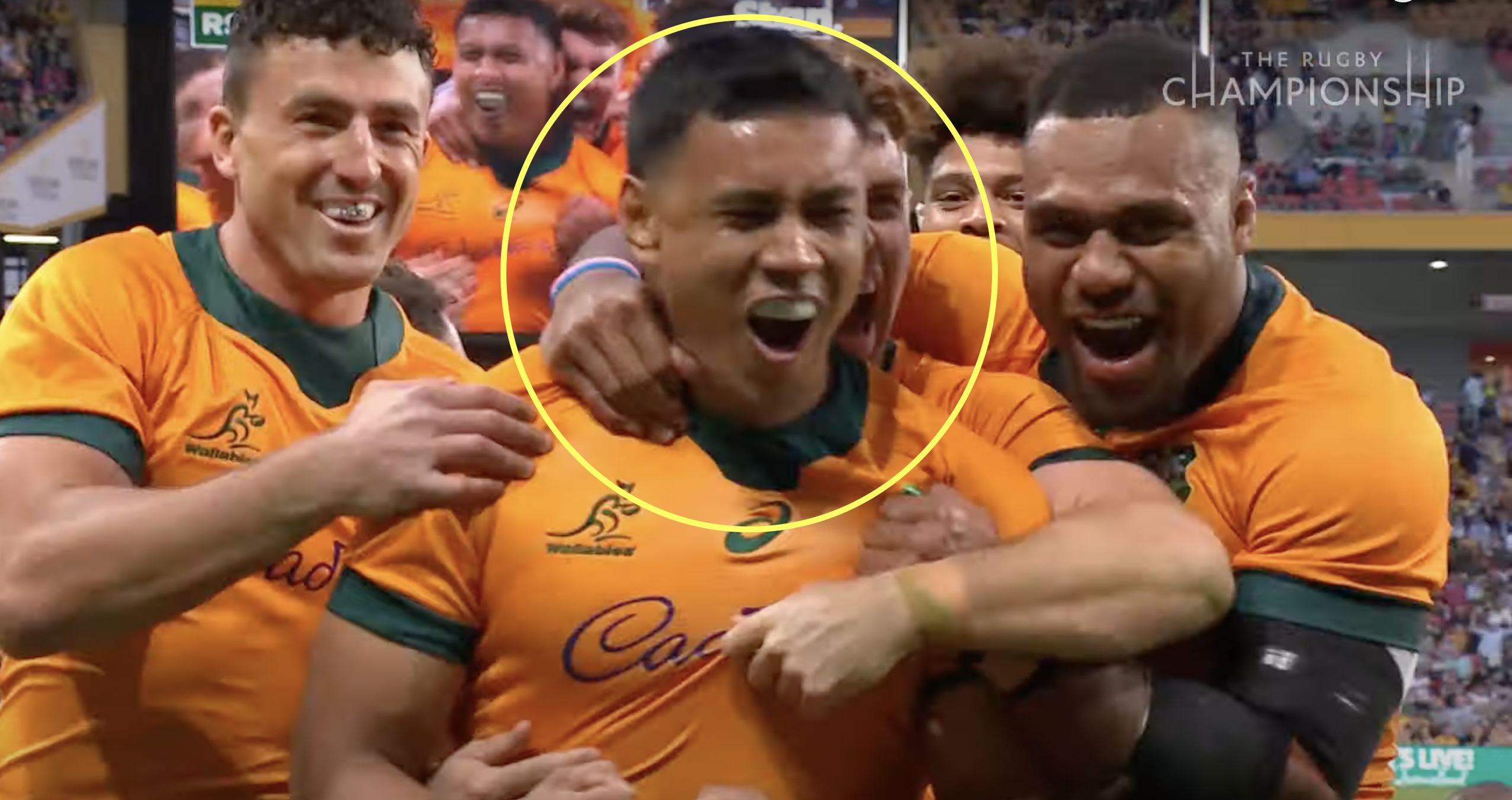 Not long after starring for the Wallabies in their series loss to England this month, centre Samu Kerevi has teamed up with the Australia Sevens squad in preparation for the Commonwealth Games in England.

Kerevi has been in Birmingham with his new teammates ahead of the sevens tournament that will begin on July 28, and has shared some photos of himself with the squad.

The 108kg centre is in an obligatory vest in the majority of the photos that he has shared, which is understandable when you have arms the size of most of your teammates’ legs. As intimidating as he looks online though, he has been called out by his Wallabies midfield partner Len Ikitau.

The Wallabies outside centre was not going to let Kerevi get away with looking about the size of two players combined, and has accused him of tensing in all his photos, which would explain a lot. Then again, having spent most of his time in the 15 man format, he is quite a bit bigger than the average sevens player. 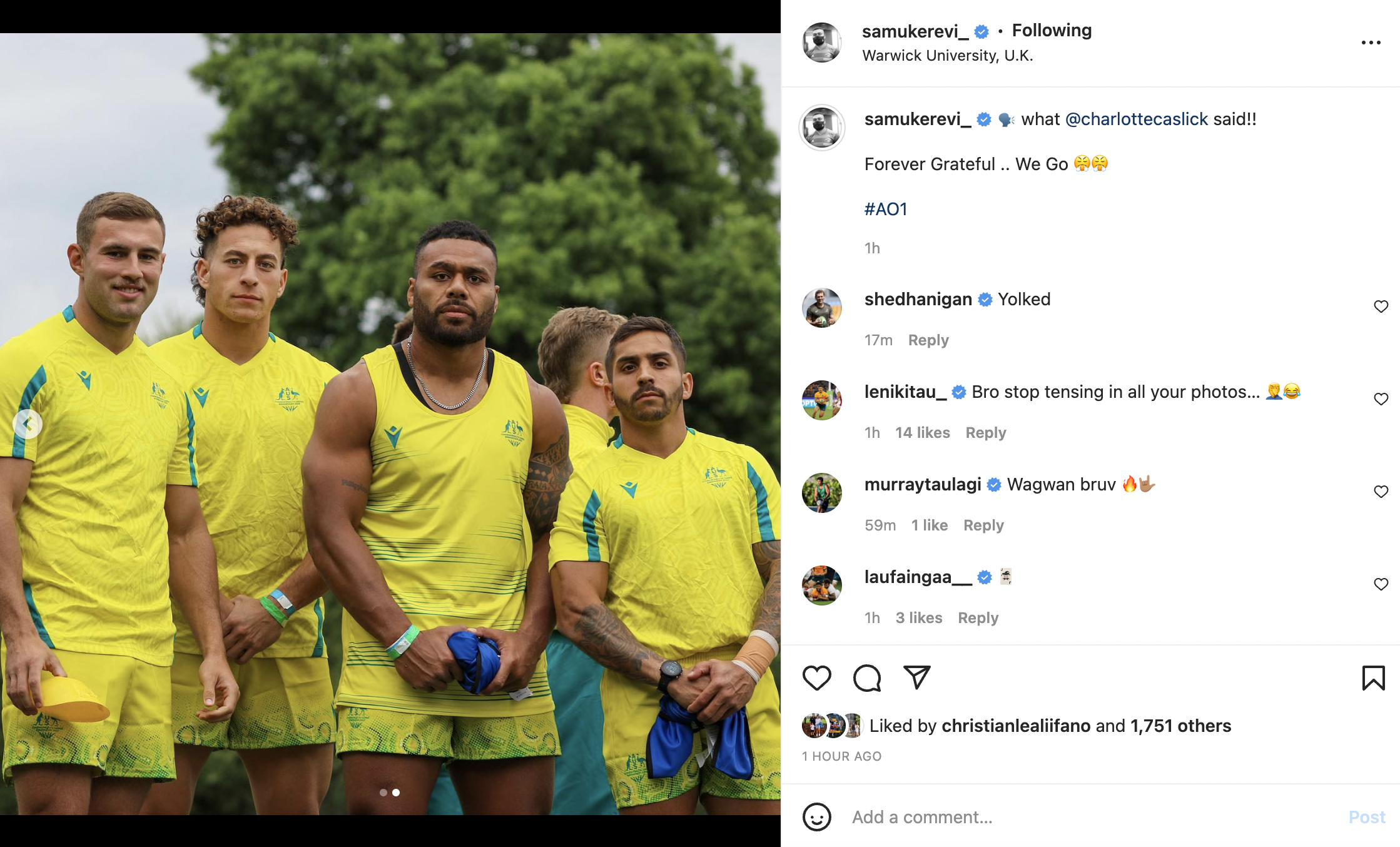 Due to his commitments with the Australia Sevens team, Kerevi will miss the opening two rounds of the Rugby Championship, where the Wallabies have back to back Tests away in Argentina starting on August 6. He will return after that though, after being one of the three foreign-based players in Dave Rennie’s squad alongside Quade Cooper and Marika Koroibete.

“Without enormous resources, we’re punching above our weight at times but we know that’s the road we have to take to get there,” Australia coach John Manenti told AAP.

“Samu, turning away Tests to come here, you can’t undervalue that … now the boys feel like it’s a program they can be proud of.”