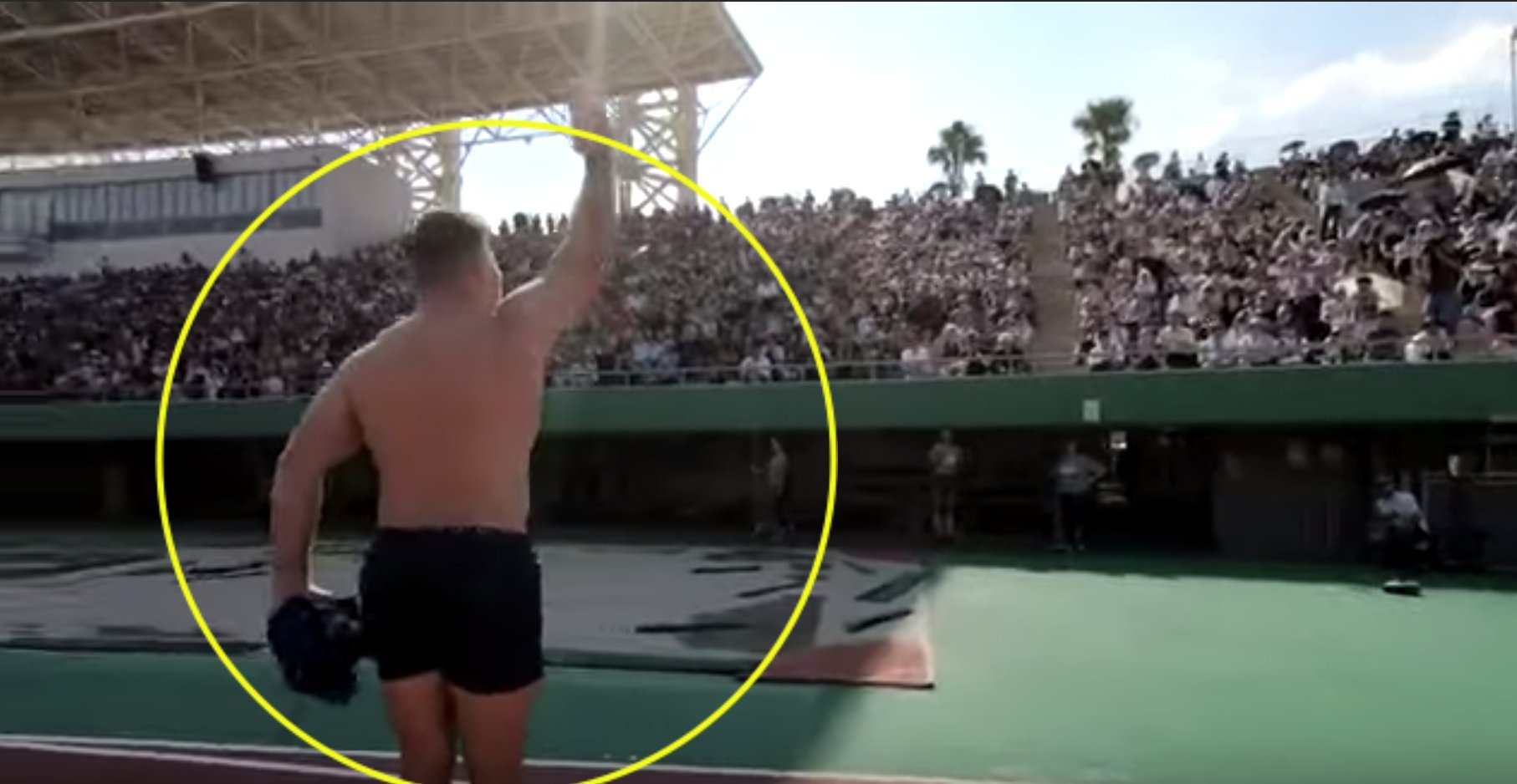 The Springboks arrived in Japan this week as preparations for the Rugby World Cup hit full swing. South Africa go into this World Cup with high hopes as they have steadily improved as a side under the leadership of Rassie Erasmus. Erasmus has brought in some players that not many would have expected into his World Cup squad. One of them being 38-year-old Schalk Brits.

It’s clear to see from this video however exactly why Erasmus chose Brits to be in the squad. The energy that he brings with him is fantastic to say the least.

In this video that Supersport released, Brits can be seen gesturing to the Japanese public and getting the crowd excited as he enters the pitch to train.

It’s apparent that this kind of energy will have a positive effect on the South African team and Brits is integral in maintaining that positive energy.

The training looks intense to say the least as they train in the sweltering heat of Japan.

However, the team aren’t just training by themselves. The squad are also taking part in coaching clinics around the country in the lead up to the tournament. This kind of interaction can be nothing but beneficial to the team as they spend weeks on end together, that outside contact will undoubtedly benefit them.

South Africa will play the first match of the Rugby World Cup against New Zealand in late September. This will undoubtedly be one of the hardest, if not the hardest of tests for the Springboks all tournament. Odds have South Africa as 2nd favourites to take the trophy behind the All Blacks. Will moves like adding Schalk Brits help to give South Africa that boost that they need to get that all-important third title?

More content about South Africa and their World Cup campaign will be here on Rugby Onslaught as the tournament goes on.