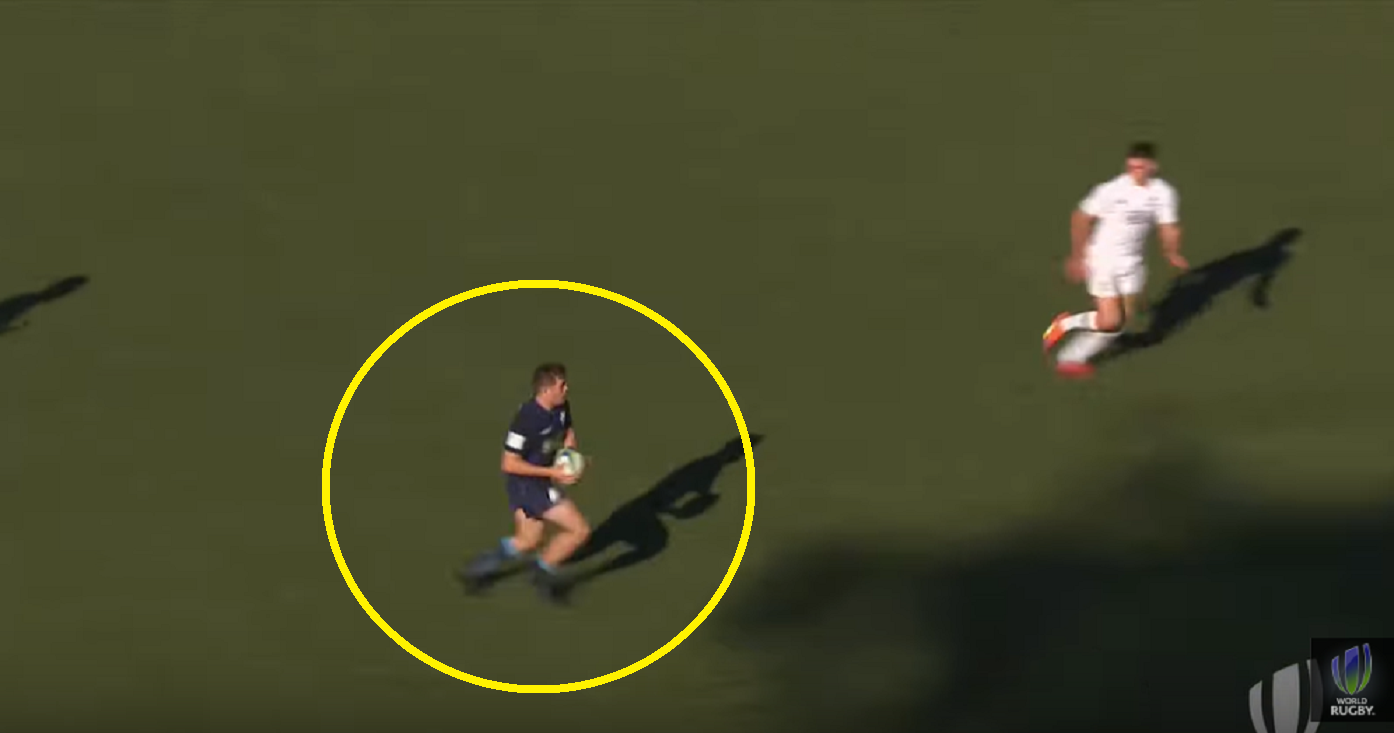 In a game which saw 13 tries scored between the sides, New Zealand U20s continue their unbeaten run after defeating Scotland U20s at the World Rugby U20 Championship

England U20s defeated Italy in their second match of the World Rugby U20 Championship, winning 24-23 in a thrilling encounter in Sante Fe, Argentina.

Having lost to Ireland in their opening fixture of the tournament they got back to winning ways, but crucially missed out on a four-try bonus point against Italy.

England held a narrow one-point lead at the break through an Alex Coles converted try while Italy sent over two penalties via Giacomo Da Re.

England will next face pool leaders Australia who have maximum points from their opening two games with victories over Italy and Ireland.

Italy had the first points of the game with Da Re kicking an early penalty for Italy, and having gone close a couple of times England crossed on the half hour.

Coles touched down after a dominant England scrum barrelled its way to the Italy try line and Hodge increased the lead with a first conversion.

Da Re sent over a second penalty for 7-6 just before the break to narrow the deficit and soon after half-time Italy led as Lai was first to a loose ball to dot down.

Italy broke through England midfield soon after to set up a two-on-one and Capuozzo dived over for 16-7.

Willis charged over off the back of a driving maul to get England back in the game which Hodge converted to take the deficit to two points.

Italy came roaring back though with Garbisi searing through before Capstick went over in the corner for a third England try which Hodge again converted.

Hodge then sent over a late penalty for a one-point lead which they held until full time.

Steve Bates said: “It was a tough game, Italy played well but we put them under a lot of pressure but didn’t turn that pressure into points and they capitalised on the opportunities they had.

“We will look back and say we made far too many individual mistakes, but credit to our guys for fighting back in the manner they did to get the victory and the guys should be proud of that.

“The standard of rugby in this tournament is increasing each year and with every game and we’ve had two physically demanding games which the players have put everything into so the challenge will be for the players to recover and pick themselves up for the final pool match against Australia.

“It’s disappointing the position we’re in as we’ve come here to win the tournament but if you don’t play well then you are going to struggle as there are no easy games in this Championship.