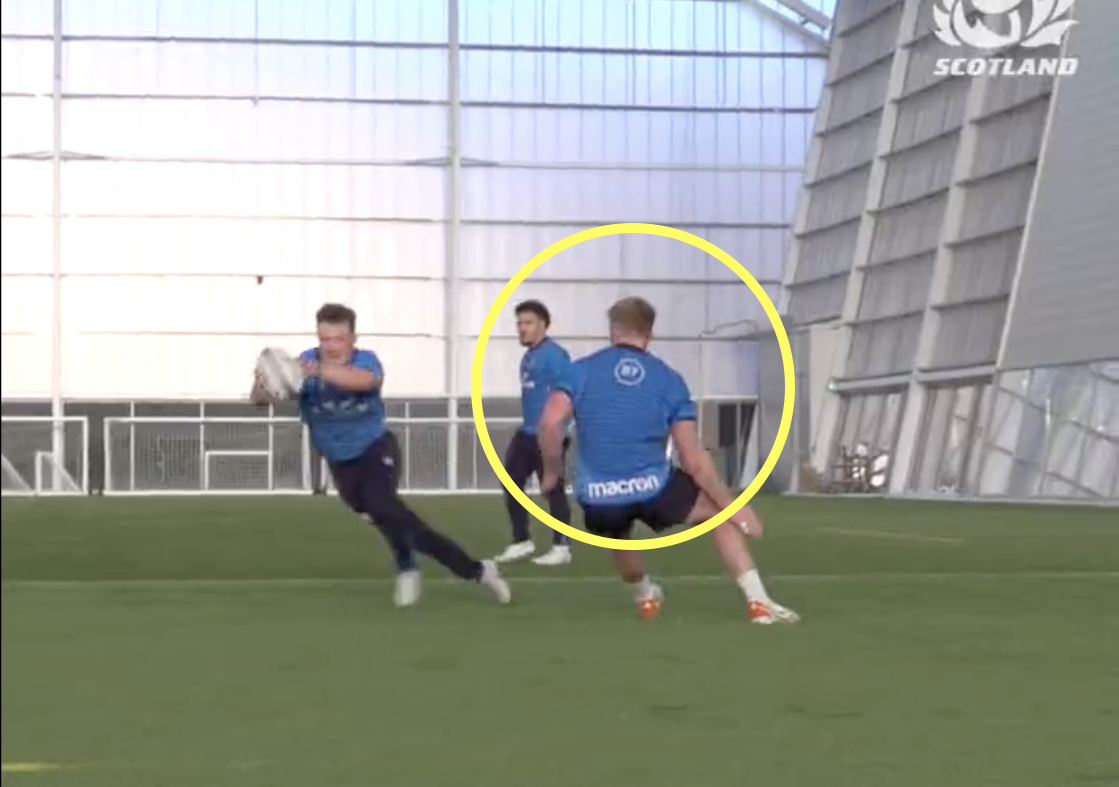 Scotland scrum-half George Horne may have proved this week that he has the best feet in the national squad with a devastating sidestep in training.

The Glasgow Warriors No9’s electric feet made it onto social media this week, although that was at the expense of his teammate Kyle Steyn. Scottish Rugby shared a video of the pair doing some one on one drills at training, and the centre does not come off well to say the very least.

Horne produced a left foot sidestep which left Steyn scrambling on the floor to try and lay a hand on him. Not only was he unable to touch him, he was not even close.

The last thing Steyn would have wanted after this ignominious incident in training was for his team to share it online. He did comment on the video however, wryly thanking Scotland for sharing the video.

Both Horne and Steyn started on the bench against Australia on Sunday and came on in the final quarter of the match in the 15-13 win.

It is a six day turnaround for Scotland this week, as they face the world champions South Africa at BT Murrayfield on Saturday in what will surely be another tight affair.