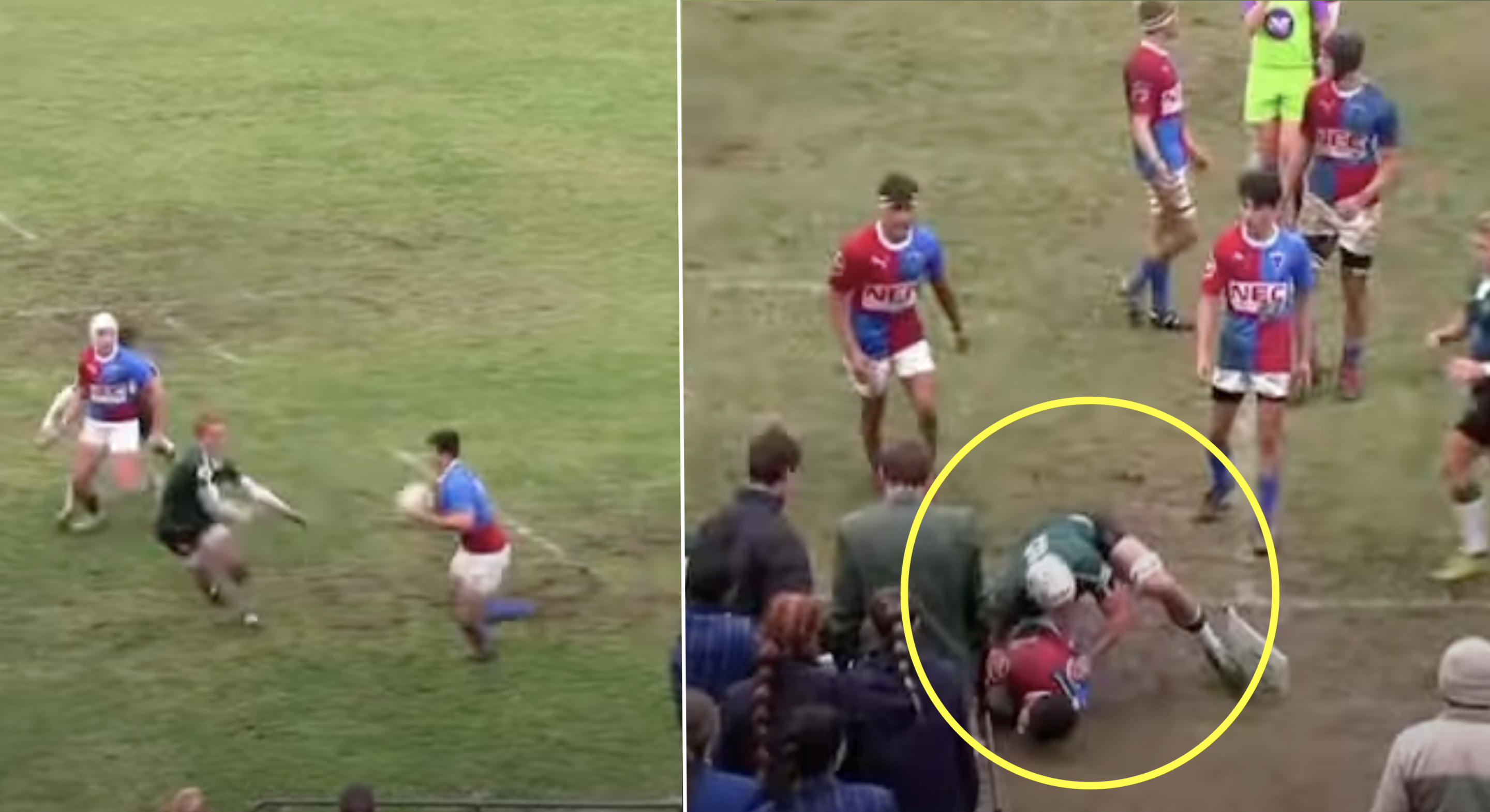 The combination of a scrum-half running into a lock and a flanker in a tight space rarely ends well for them, but it is not usually as bad as this.

In a South African schools match between Framesby and Marlow recently, the Framesby scrum-half was able to slip past his opposite man on the side of the pitch in a half break. However, that break was put to a swift stop when the Marlow lock and flanker combined to pick him up and drive him into touch, and the footage has made its way online.

The No9 had the last laugh though, as the referee awarded a penalty to his side, although it is not entirely clear what for as the hit looked legal. The scrum-half was fine as well, and got back to his feet immediately after.