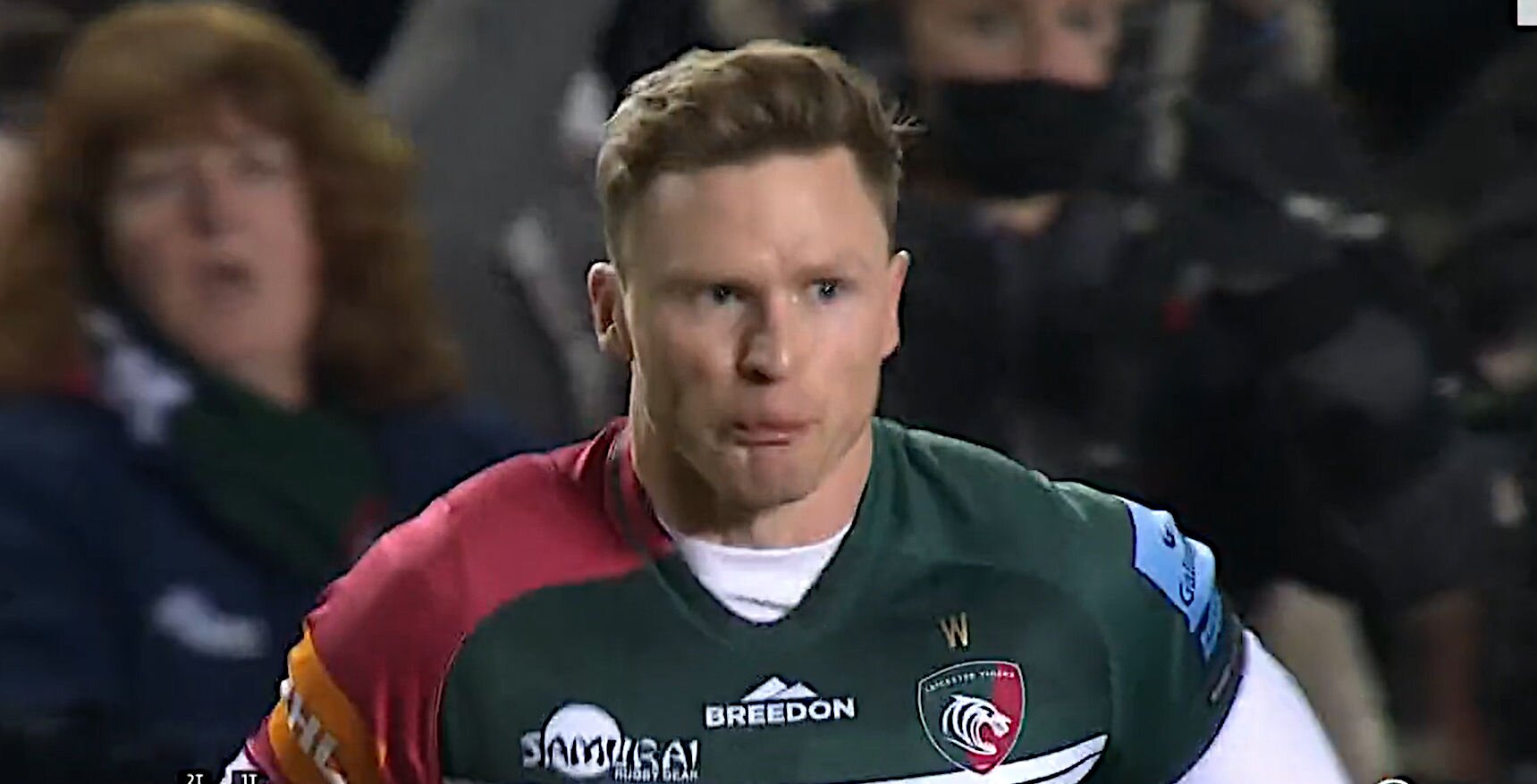 Drink in his Ashie’s sweet nectar. As the video shows it took just seconds to desecrate Welford Road, spitting on the sacred ground twice.

One Tigers fan was reported as saying: “I don’t care if he ****s on the pitch, as long as he scores lots of tries mate” while another said, “I just want to see the Ash Splash, it inspired me as a young rugby player in the noughties”.

The 34-year-old joins Tigers from Worcester Warriors having previously represented fellow Gallagher Premiership clubs Harlequins, Sale Sharks, Saracens and Northampton Saints, as well as a season with Toulon in the French Top14 league.

During his year in France, he broke the record for tries scored in a single season with 24 tries in 23 appearances.

He is the leading try-scorer in European Champions Cup history with 40 and third on the all-time list for tries scored in Premiership Rugby with 89.

Ashton made his professional rugby league debut for Wigan Warriors as an 18-year-old, scoring two tries in his first appearance, before going on to make more than 50 appearances for the Super League club.

He represented England in rugby league on two occasions before making the switch to rugby union in 2007 and, in 2010, Ashton made his Test debut for England in the Six Nations.

A two-time Premiership and European Champions Cup winner, Ashton has 44 Test caps and 20 tries for England.

Speaking about the addition of Ashton, Leicester Tigers Head Coach Steve Borthwick said: “Chris is a driven, professional and competitive character, who brings with him a wealth of experience to our squad.

“As well as being one of the game’s best ever finishers, Chris is also a winner and still very much has that desire to be successful.

“He is a versatile outside-back, who can play in a couple of positions and adds some important depth for us in those areas.

“I am excited to welcome him to Leicester Tigers and seeing him contribute to what we are doing at the club.”

Discussing his move to Tigers, Ashton added: “The opportunity to join this group, under Steve Borthwick, and be part of what is being built here was one that I couldn’t ignore.

“Steve has been very clear with me on his expectations of anyone coming into this environment and I am excited for the chance to learn, improve and hopefully contribute to the club on and off the field.

“It is a pretty young group and I feel like I can certainly pass on my own experiences, as well as still feeling very much that I can play a part on the field to drive the team forward.”

Watch as he spits on the pitch not once but twice.