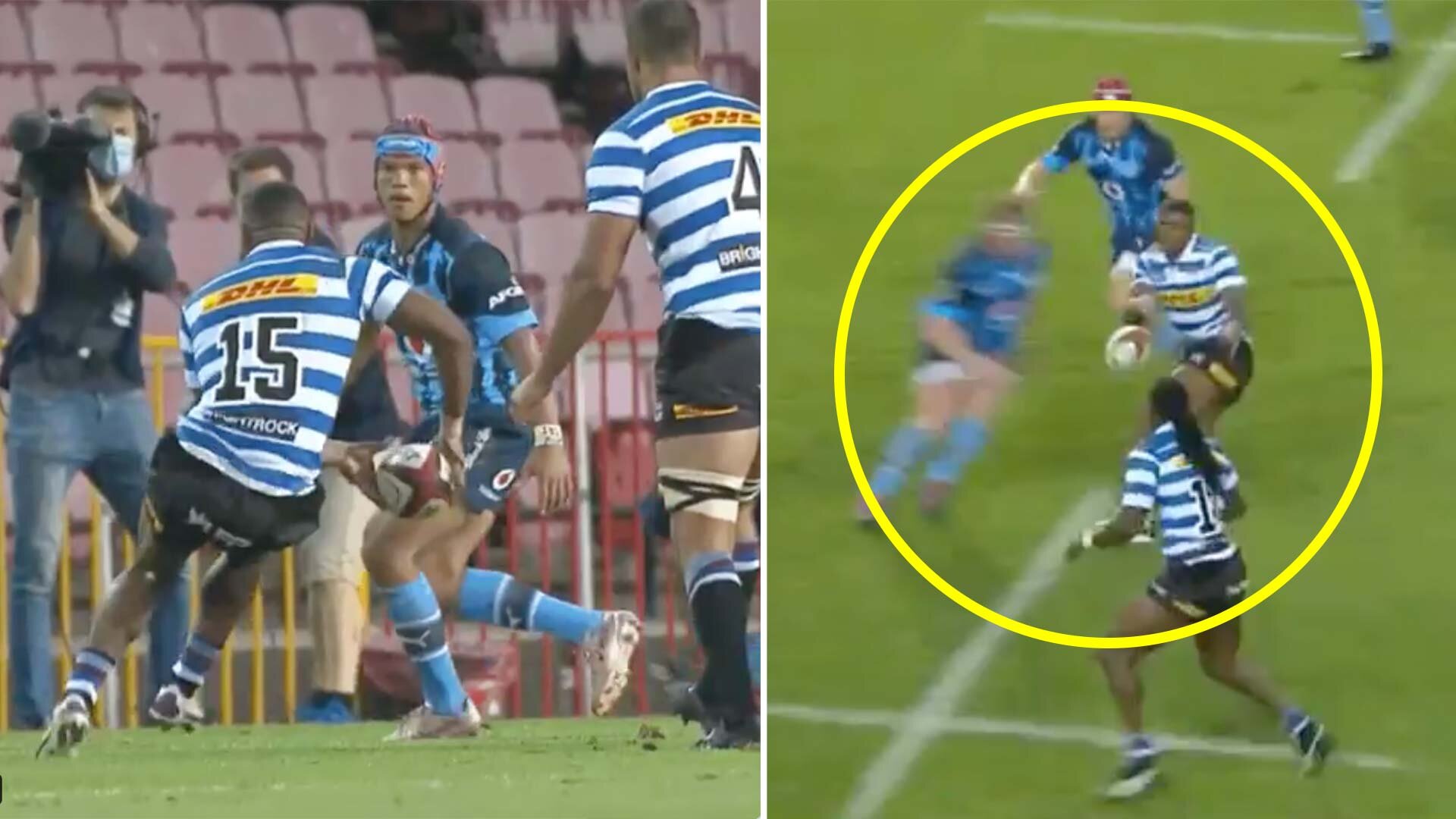 There has been widespread shock at a horror challenge in the Currie Cup this weekend as Warrick Gelant was on the receiving end of a hit from Jacques van Rooyen.

What is even more shocking is that some people seem to think that the challenge itself did not even warrent a red card.

The Bulls managed to start their 2020/2021 Currie with a win over the Western Force, but it didn’t help when their player Jacques van Rooyen was sent off for a sickening shoulder to the head challenge on the Force full back.

Here is the footage of the horrendous hit which is clearly a red card hit.

There are multiple angles of the shot in the thread.

If you look at the slo-mo, you can clearly see that the shoulder makes direct contact with the head of Warrick Gelant at high speed.

It seems like a clear choice, but for some reason many are branding this ‘controversial’.

Fans were saying that for some reason that this challenge wasn’t in any way controversial. This surprised us massively as you can clearly see that this was a red card challenge.

The Bulls head coach even questioned the decision saying…

“I don’t think it was justifiable as a red card. Warrick Gelant got up and carried on playing, he didn’t even get banged on his head, it hit him on the shoulder.”

This has caused some serious tensions in South Africa at the moment, who have a track record of officials making mistakes in controversial moments.