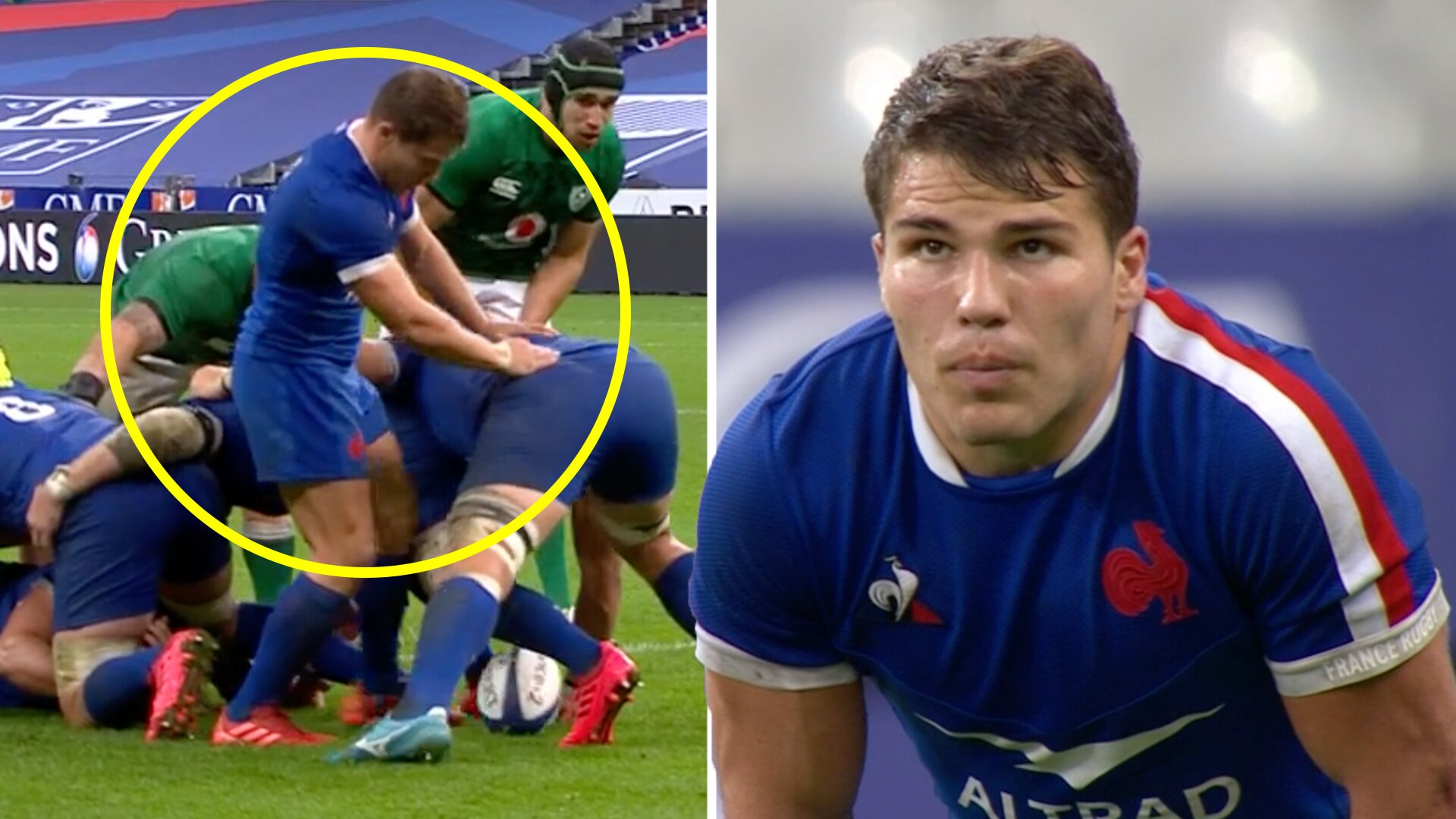 Many rugby fans will know about Antoine Dupont now, but the question is, just how good is the 23-year-old French rugby player and why are many calling him the best in the world.

The Toulouse magician tore about Conor Murray and Ireland at the weekend with a commanding performance for the men in blue.

A video has today been released by Yoe91 displaying just how destructive he was for his team.

Many are raving about just how good he and his counterpart at 10, Romain Ntamack have been for their teams.  With Dupont aged 23 and Ntamack only 21, many think this could be the next super duo in World Rugby.

I hope the World Cup goes ahead in 2023 because France could be amazing on home soil with Dupont and Ntamack.

No French player has ever been named Player of the Championship

They might have fallen short in the final table, but I don’t think there’s any question that Antoine Dupont was the best player in the competition by a distance#FRAIRL

Dupont is the best player in World Rugby imo! Incredible!!!

The Toulouse player had quickly risen from rookie to leader status in the France ranks but Midi Olympique had reported how playmaker Antione Dupont was very nearly lost to football at a very young age as he had grown bored with the level of grassroots rugby he was experiencing in France.

A brilliant video was made showing the intricacies of his performance last weekend. It truly displays just how good he was and is for Les Bleus when he is at his very best.

Just look at how deadly his performance was, pundits have said it’s like he knows what is going to happen in the play before it even happens.

Here is his brilliant highlight reel below.