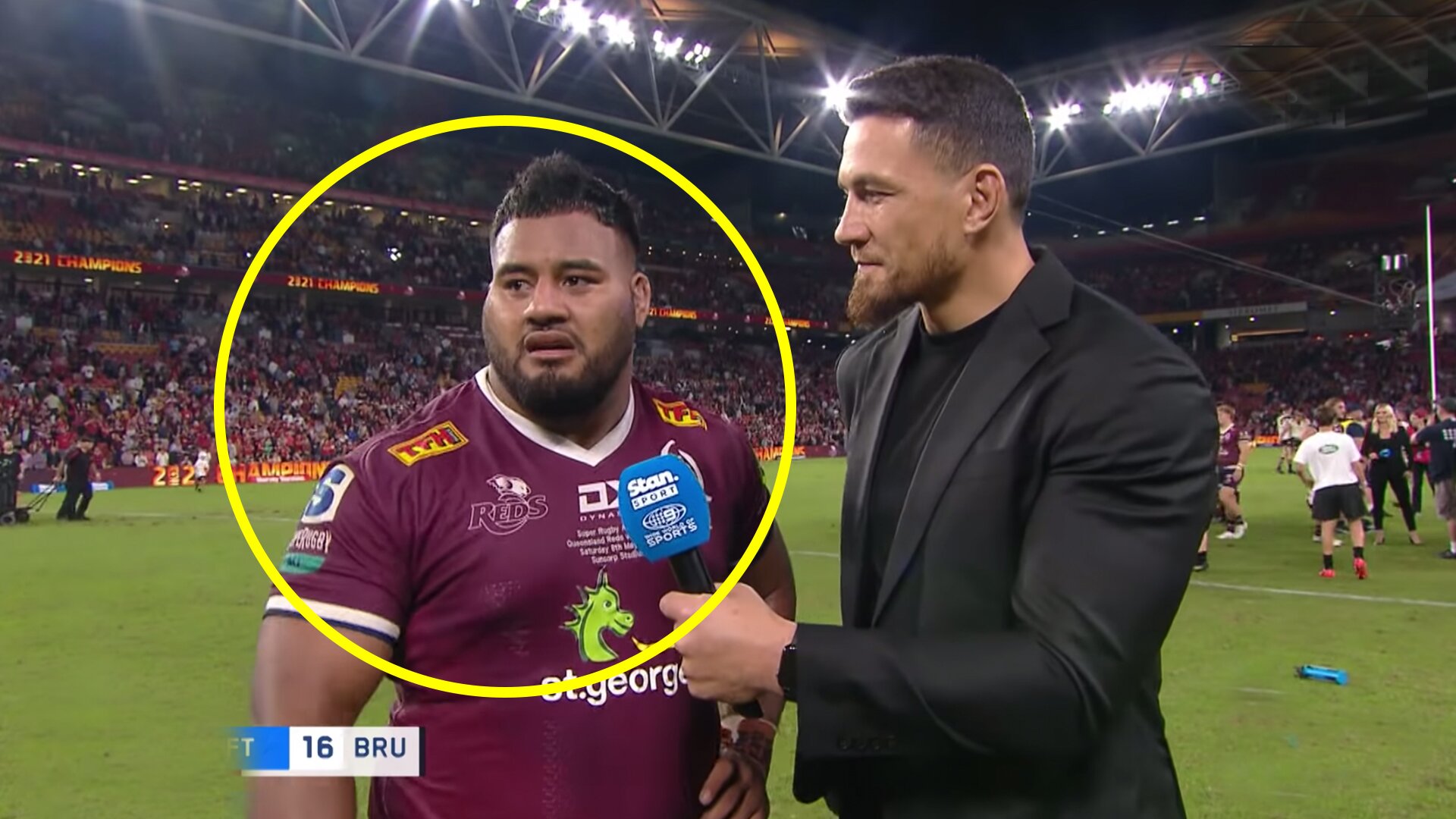 All Black rugby star Sonny Bill Williams is being widely praised by rugby fans and pundits alike after he stepped in during an interview with Reds prop Taniela Tupou.

The Red won a sensational Super Rugby AU final against the Brumbies on Saturday, with the Australian playing a key role in the win for the men in red.

Sonny Bill Williams is considered one of the best New Zealand rugby players of all time, and he is now doing media work with Stan Sports in Australia.

He is being widely praised for his interview with Tupou for the help he gave the emotional prop.

It certainly is a weekend for emotional props as Kyle Sinckler was also filmed giving an emotional reaction to the news he was dropped by the Lions.

What a guy Kyle Sinckler is 👏 Passion for the game.pic.twitter.com/OhVqo11zEp

In a similar interview with Tupou, he got visibly emotional when SBW mentioned his family.

The prop then sadly said he has not seen his family since 2019 and that it is mother’s day tomorrow.

Sonny Bill Williams noticed that he was struggling and put a hand around him to help him.

What a man he is!

It’s been an emotional weekend for tightheads…