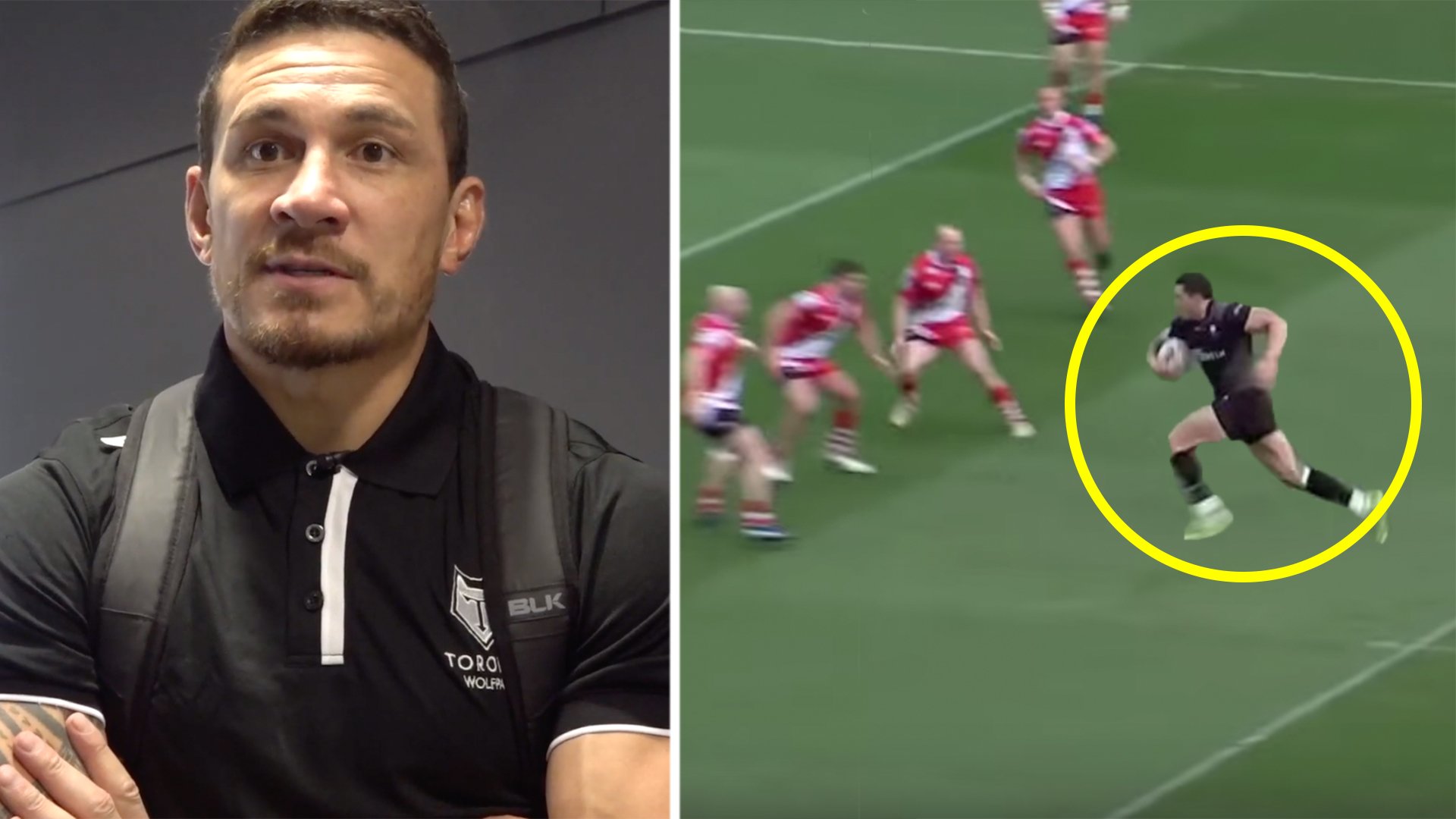 Sonny Bill Williams responds to his haters in one of the best ways possible in his second Rugby League match for the Toronto Wolfpack!

The New Zealand World Cup-winning legend recently made the move back to Rugby League.

He is currently playing for the Toronto Wolfpack. His first game for the team last weekend didn’t start as well as he wished, with his first touch of the ball having him knock the ball forward.

This led to a string of groups questioning whether he still had what it takes to perform in the physically tough level of Rugby League. We will be the first to admit that we were one of these groups that criticised him.

Look at how dangerous he is in defence!

Everyone about this Sonny Bill Williams performance was brilliant as he responds to his haters in the best way that he knows how.

In the match, SBW recorded 24 tackles, a lot even by Rugby League standards.

The New Zealand star was present for the birth of his fourth child this week, he was meant to miss this match because of that but it looks like he managed to find the time to play the match.

New Zealand enjoyed the skills of SBW from 2012-2019, however the All Black has now decided he wants to spend the later years of his rugby life in different codes.

Williams has hopped back to rugby league from rugby union after signing a lucrative two-year deal with the Toronto Wolfpack to play in the European Super League.

According to the Daily Telegraph, Williams is keen to play for Samoa in the 13-man code, eyeing up his debut against England next year in Sydney.