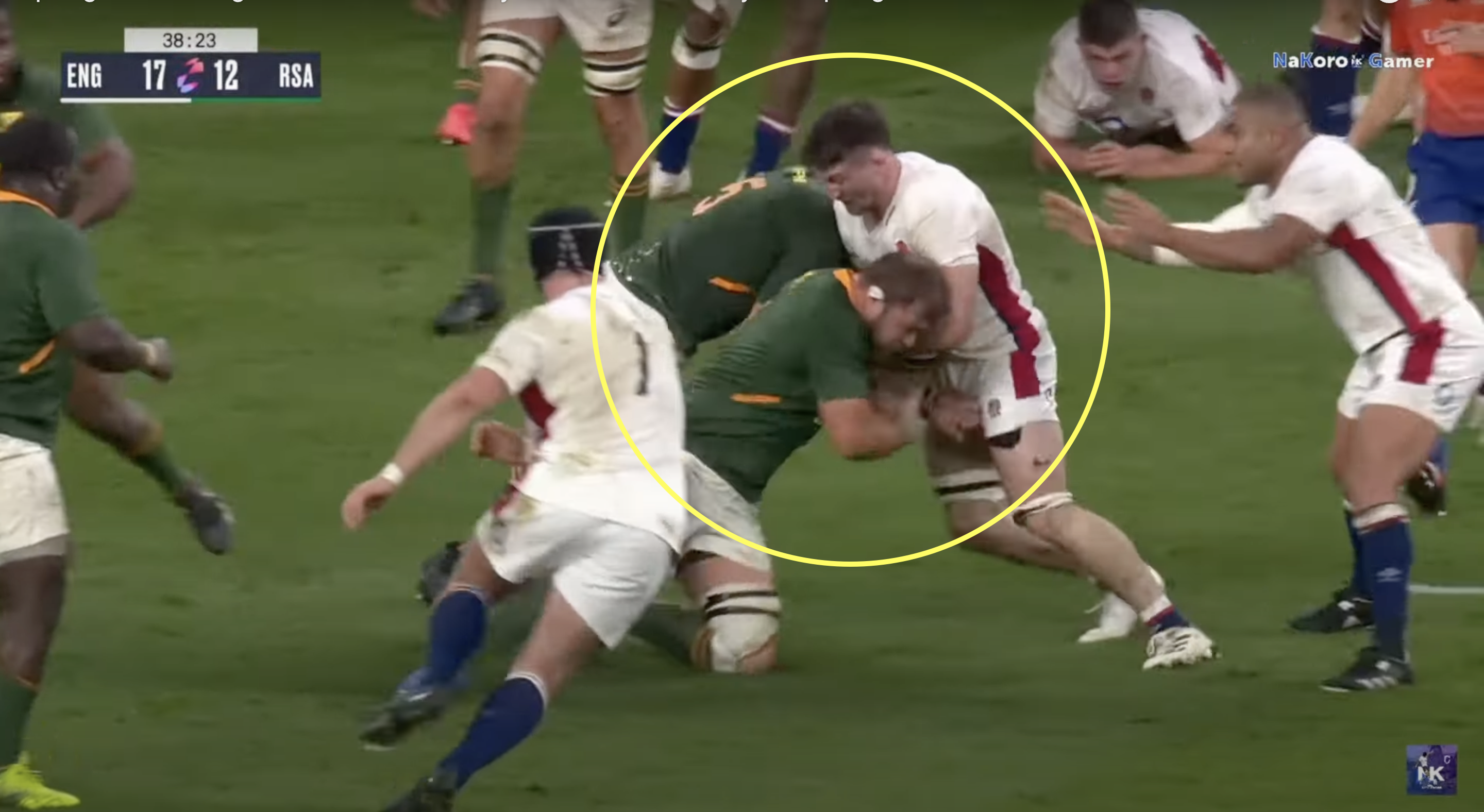 It has been three months since England beat the world champions South Africa at Twickenham 27-26, but it is obviously still a very sensitive topic for many Bok fans.

A video was shared recently on YouTube titled ‘Sheer Physical Dominance by the Springboks!’ which showed plenty of moments where the Springboks got on top of England in London. The caption alongside the video says “It is honestly unbelievable how powerful the Boks were in this game. Easily dominated the game but couldn’t put the points on the board.”

The video fails to show the opening exchanges of the match though, where England were winning scrum penalties at will and raced to a 14-3 lead thanks to tries from Manu Tuilagi and Freddie Steward. The Boks could not keep up with England at that point, who should have easily had a bigger lead at half time rather than just five points (17-12). The Boks did come back in the second half, but they still could not get the job done, and were completely bamboozled by England’s second half try.

It was a game of two halves, and England score more points when they dominated.

Eddie Jones will want his side to improve ahead of the next time they meet, but in the meantime he will be focusing on Wales this weekend in the Six Nations. This is his squad: