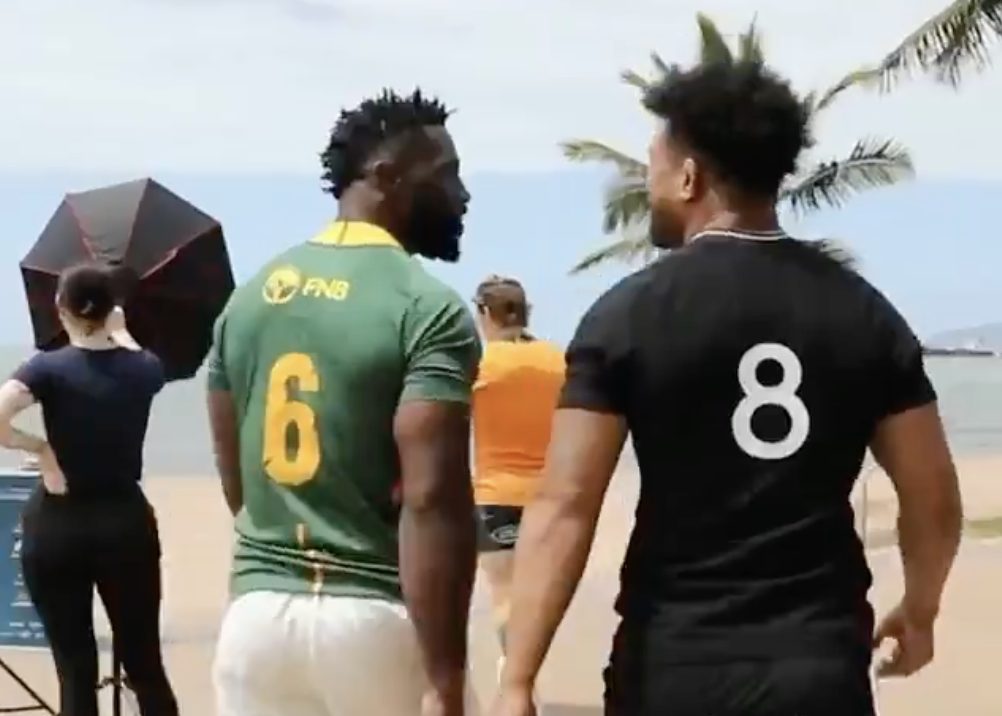 The All Blacks and South Africa may just be hours away from their greatly anticipated 100th Test match, but there is no bad blood between their respective captains Ardie Savea and Siya Kolisi.

Though it is still the middle of the Rugby Championship, the two captains, alongside Australia captain Michael Hooper, showed what the spirit of rugby is about this week in a media event, as they showed that while there is a bitter rivalry between three three teams on the pitch, it ends as soon as they walk off it. On top of that, the captains’ rivalry is as fierce as they come as all three are flankers, but off the field there is no animosity.

On the eve of their 100th Test, Savea and Kolisi were laughing with one another at a photoshoot, although the laughter will obviously stop for 80 minutes in Townsville on Saturday and in their rematch a week later. Few meetings between the All Blacks and Springboks outside a World Cup have been built up as much as this one, as it is their first meeting since their clash in the 2019 World Cup pool stages. The All Blacks won on that occasion, but the Springboks went on to lift the Webb Ellis Cup and rise to world number one; a mantle Ian Foster’s side only reclaimed last weekend.

There was perhaps more hysteria around this match two weeks ago before the Springboks lost back-to-back matches against the Wallabies. Hooper was magnificent across those two matches, but Kolisi does not appear to be bearing a grudge. Ultimately, that means the All Blacks have a hand on the Rugby Championship already, as they only need a solitary point in the table in the two matches with the Springboks, while Jacques Nienaber’s side need two bonus-point wins.

This meeting between the captains is the perfect advertisement for what rugby is about, and regardless of what country you support, it is hard not be uplifted by this video.