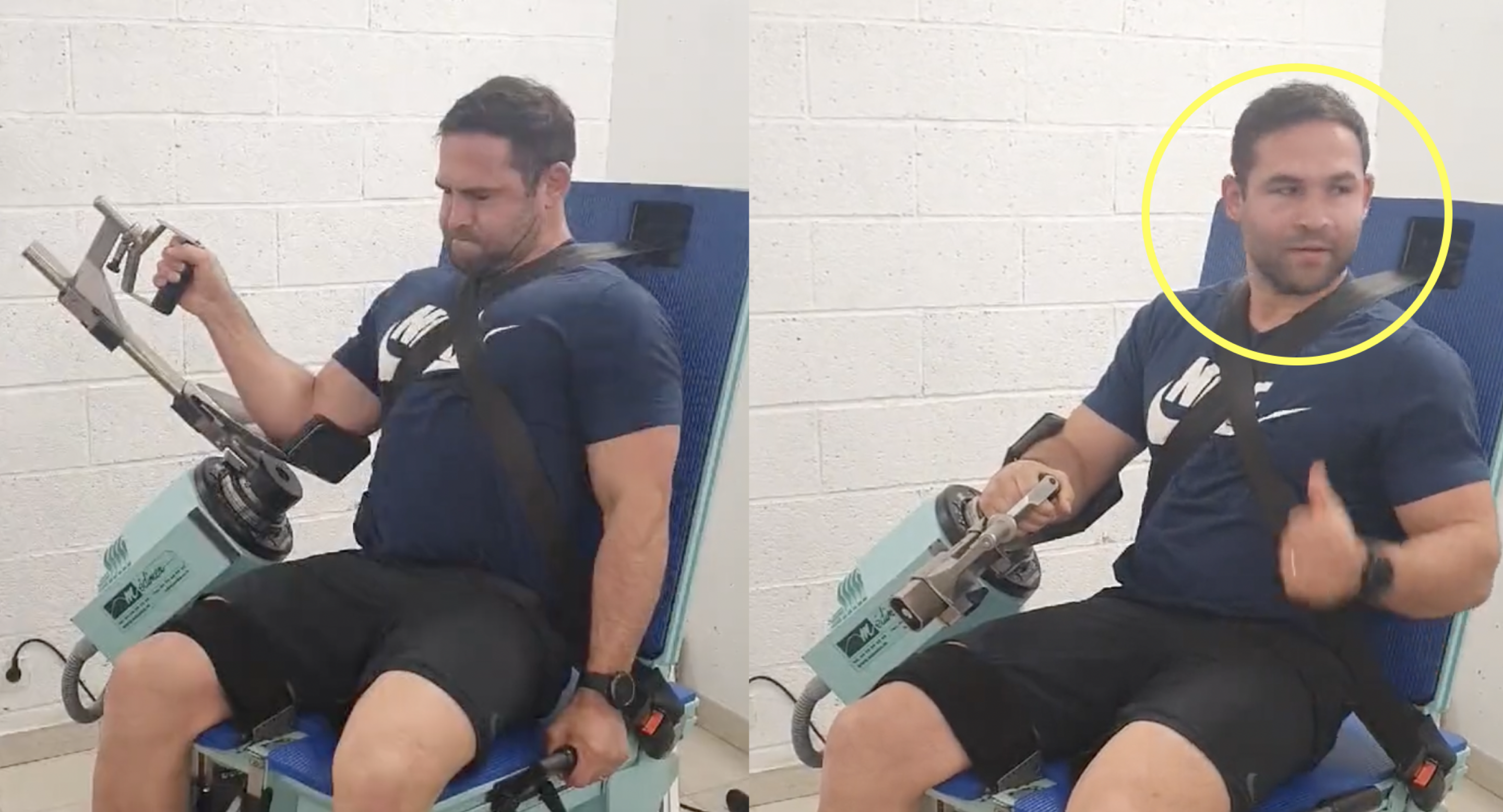 One thing that all good scrum-halves should know how to do is be able to shrug their opposite man off during a scrum.

On plenty of occasions throughout a match two No9s are seen tussling after the ball has been put into the scrum, as it is the defensive scrum-half’s job to exert as much pressure as possible on his opposite man, or the No8.

But South Africa and Montpellier scrum-half Cobus Reinach looks to have gone up a level in terms of getting one up on his opponent by developing the ‘invisible punch’. This is a quick back-of-the-hand punch that can be thrown which is imperceptible to a referee’s eye. As far as we know, no one has yet mastered it, but then again, we never would know if they had. It has now become the only way to stop the opposition’s No9 harassing you.

The 32-year-old has been using state of the art machinery in France to develop this punch, and he should be able to unleash it on fellow No9s later this year. Foolishly, he shared footage of himself learning this underhanded move online.

There is also a chance that this machine is to help him rehab a dislocated shoulder suffered at the beginning of the year against Harlequins. The caption “Medical clearance. Now for the last few weeks of contact prep,” also suggests that as well. Then again, a dislocated shoulder would be the perfect ruse to let you develop this punch.

Since dislocating his shoulder, Reinach has not only seen his side Montpellier become Top 14 champions, but he saw South Africa triumph over Wales in the July internationals. As his post suggests, he will still probably be out for the Rugby Championship, but he could make a return to the Test arena at the end of the year- so his opposing scrum-halves have had plenty of warning.