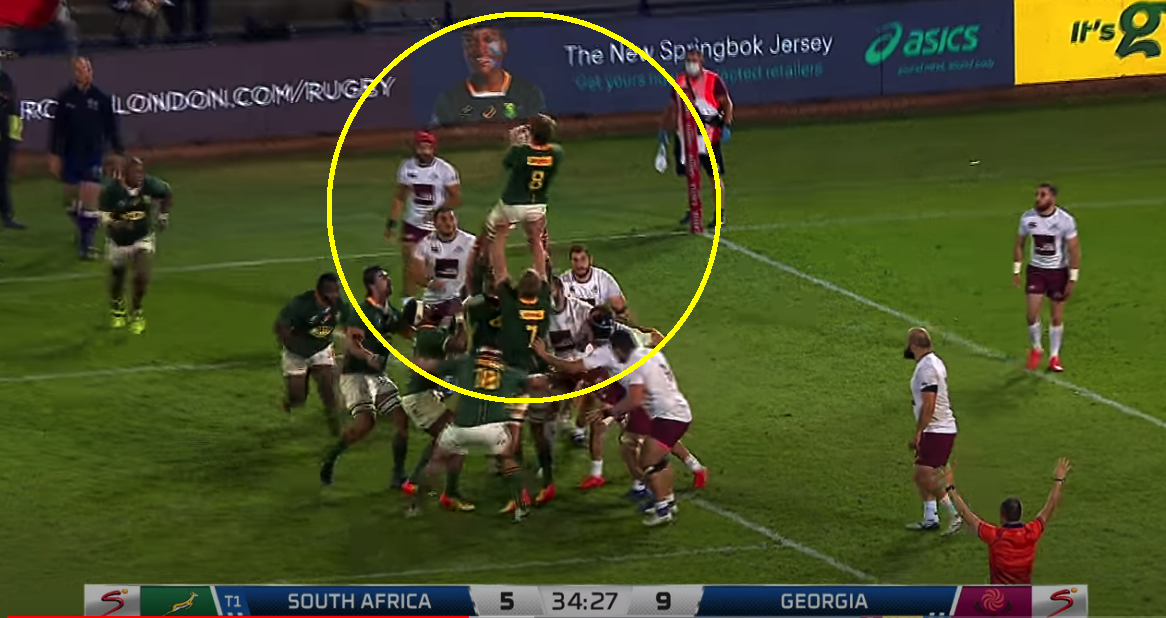 The lineout has always been a source of great strength for the Springboks, where they make use of their massive pack to gain domination over any opponent. Nullifying this area of their game is fundamental for any team seeking to beat the world champions.

Therefore, many hours will be spent poring over a team’s set piece, and fortunately, Warren Gatland was gifted an eye opener as to what he can expect in the Test series in the recent encounter with South Africa A.

Analyst Brett Igoe has provided his own research to his followers on Twitter which exposes the Springboks’ clear tactic of targeting Taulupe Faletau on their own throw. There were plenty of occasions where the Boks jumped in the space occupied by the Wales No8, obviously seeing him as an area of weakness as he is not usually deployed as a jumper.

The Springboks have named the same second-row partnership, Eben Etzebeth and Franco Mostert, as they did for South Africa A to start the first Test, and while the Lions will roughly be the same, it is likely that the blindside flanker who starts against the Boks will be a strong lineout option. One of Tadhg Beirne or Courtney Lawes could start there, who are both primarily locks, rather than Josh Navidi, who started against South Africa A. While Faletau is likely to start in the first Test, the Lions are going to be far stronger in the air.

Whether the Lions will be able to stop the South African juggernaut lineout at the weekend is another matter, but at least they will come into the match armed with some knowledge of how they may try and play.

The first Test is this Saturday at Cape Town Stadium.