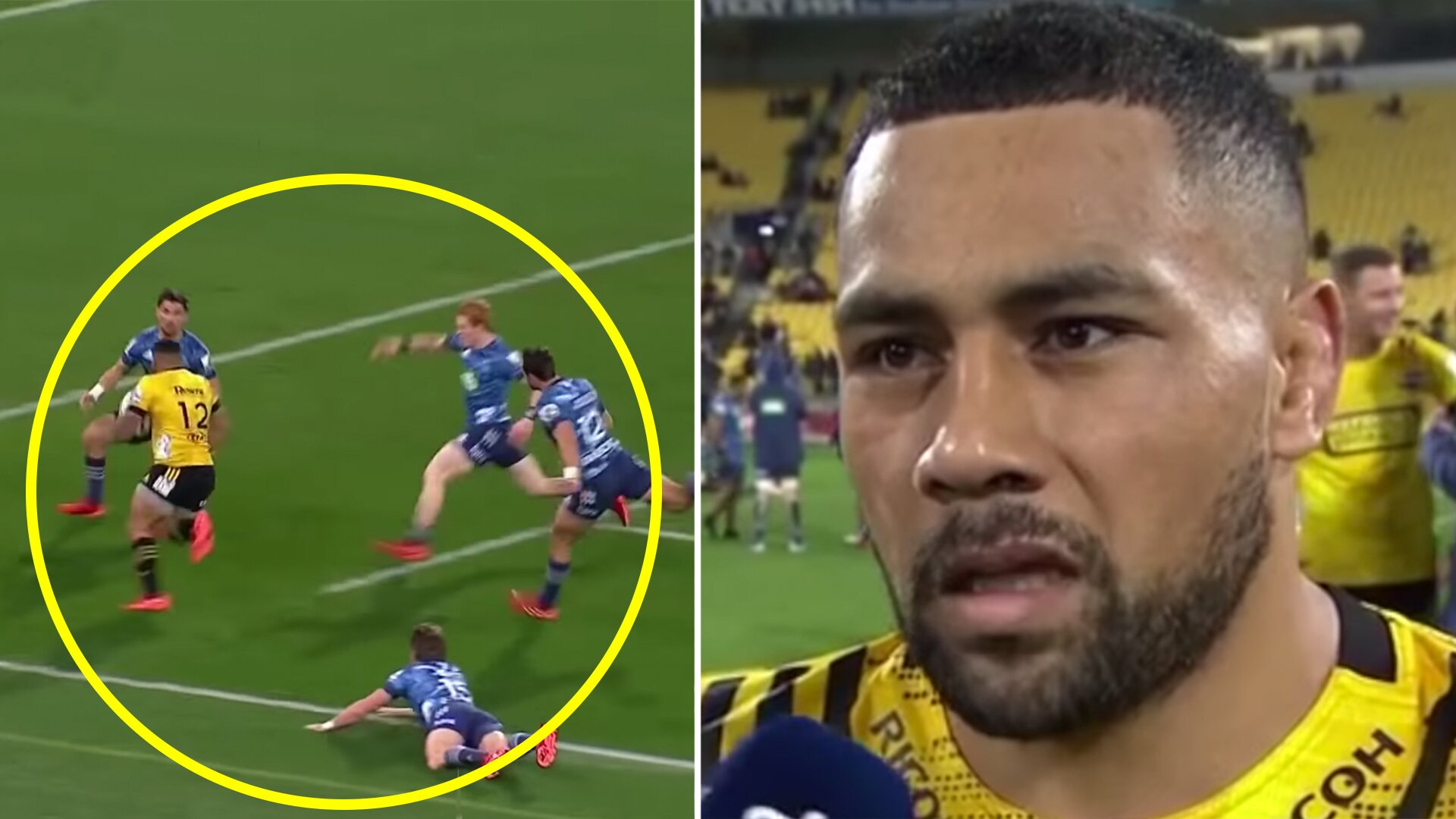 A terrifying new Ngani Laumape ‘Taking Names’ video has just dropped online and it is already going viral everywhere! The video was uploaded by Rugby Beast.

A videomaker under the name of ‘Rugby Beast’ has been known for making ‘Taking Names’ videos which highlight rugby players being destructive on the pitch.

Players that have featured in this series in the past include people such as Jonah Lomu, Manu Tuilagi and Julian Savea. Laumape is the latest person to feature in this exciting series.

Laumape a couple of weeks ago tore the Blues apart with his destructive performance against the men in Blue.

He was left out of the World Cup squad that went to Japan in 2019 and here is the first time that he has opened up about it.

Laumape featured on All Black Ardie Savea’s new podcast and he spoke about all things life in New Zealand and rugby. One of the things that he opened up on was his exclusion from the All Black squad. He seemed to be visibly upset at what had played out with him and the All Blacks at the time.

Since then, it is apparent that Laumape has made it his sole mission to try and prove his haters wrong.

This terrifying Laumape highlight reel truly displays just how dangerous he has been for the men yellow this season in Super Rugby Aotearoa.

Check out this fantastic compilation on the 13 who has truly been Taking Names in rugby since he stepped up after the World Cup.