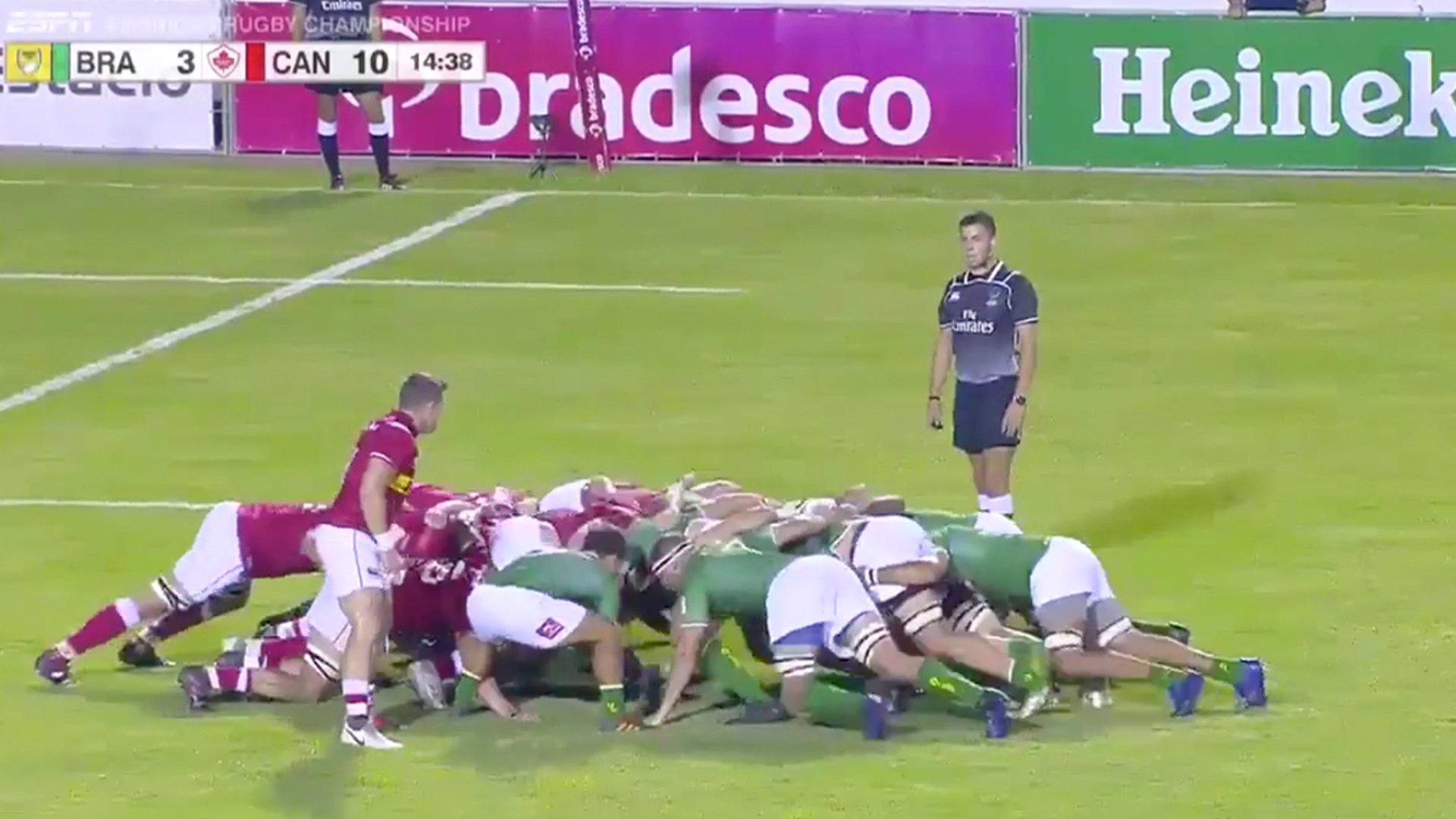 Oh my word, this is incredible from the Brazilian scrum. We’ve never seen dominance like this from a scrum in rugby!

World Rugby recently released this video on their social media, and it has already garnered 50,000 views in just under half an hour, that’s how impressive it is!

The power of the Brazilian forwards first came to light when they put they utterly steamrolled the Maori All Black pack in front of  30,000 crowd fans. Similarly, a Argentina B team suffered the same fate against this scrummaging unit and it’s making serious waves around the globe.

Canada were the latest victims of the Brazil powerhouse scrum!

Brazil scrum coach Radolfo Ambrosio was completely unaware of the worldwide acclaim that his pack has been receiving when he did an interview with World Rugby back in February of this year.

“I don’t have Facebook, Twitter or any of those things,” says Ambrosio, acknowledging that he’s heard his players speak about the videos but not seen them for himself.

“I’m totally unaware of the impact,” he adds. “In terms of the development of Brazil, it is an achievement that so many have seen the videos, it showcases something that the team is good at.”

Back in February, we ran a piece on the Brazilian scrum, talking about how it is striking the fear of god into it’s opponents. It seems that they have got either better since then!

The video that we are going to show you, documents the latest victims of the Brazilian scrum power, Canada. In the video, they . simply plow through them in every scrum, there is no question as to how dominant that they are in this.

Here is the video that was released just ten minutes ago online.

Power scrum at it’s finest! We can’t get enough of this!