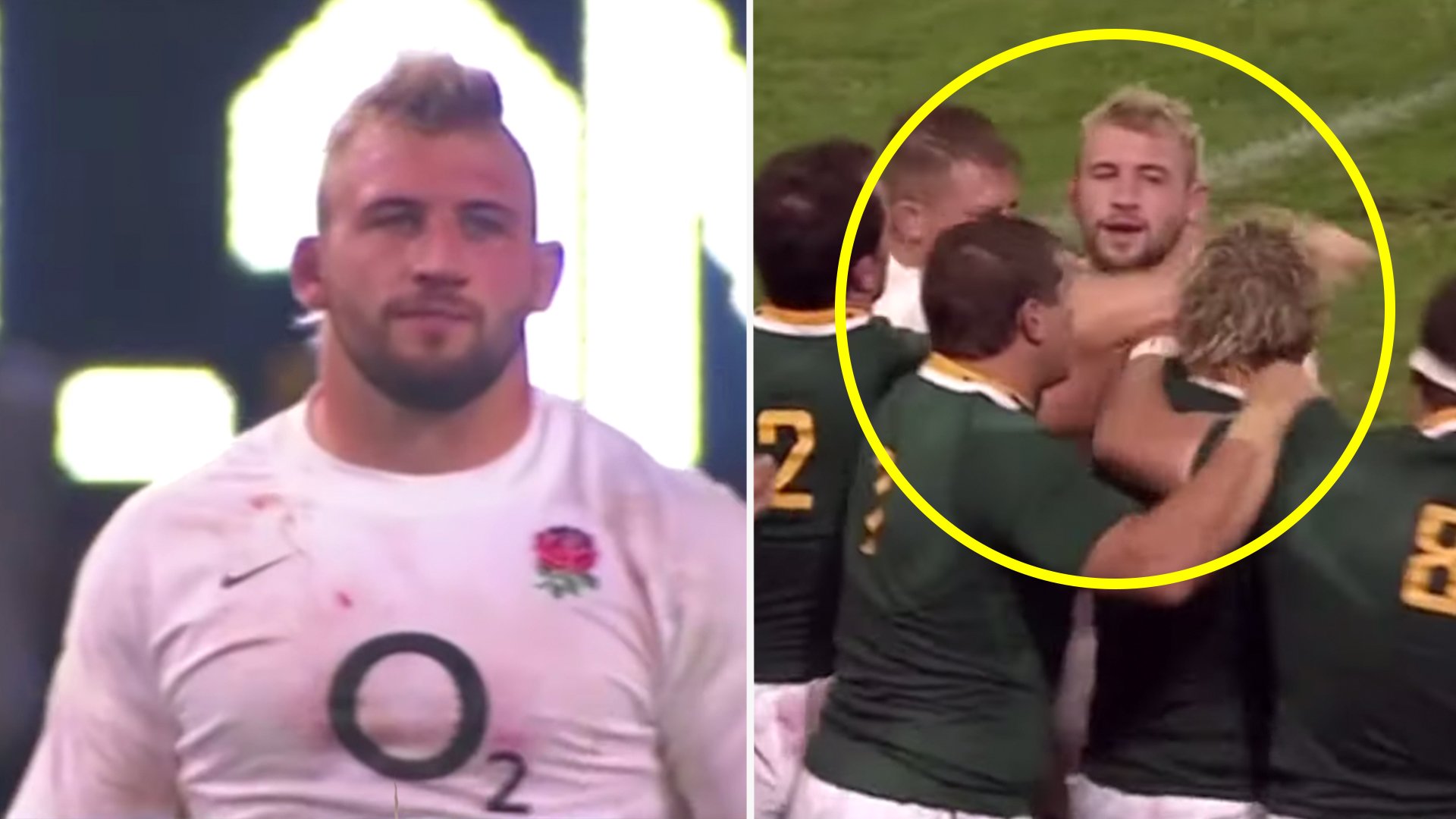 A young and fresh-faced Joe Marler was as mad as ever on his England debut back in 2012 against South Africa.

Back in 2012, England had just come out of a terrible World Cup campaign in New Zealand and they needed fresh new faces. Enter new, and young-looking 22-year-old England prop Joe Marler.

The England prop is in his late twenties now but at the time not many people knew about him and how funny he would go on to be in the sport.

This South African team was just losing its immortal status after having won the Lions Series three years before. However, they were still good enough to dominate this England team on their Summer series there.

Joe Marler may have been young in this video, but he was still starting fights all over the pitch!

This was an epic test match back in 2012! Some of the hits were huge!

Marler is undoubtedly a big character in the sport of rugby, and this video from a press conference in the 2019 Rugby World Cup shows that. Joe Marler and his mad antics are good for the sport!

Fans loved this side of the props…