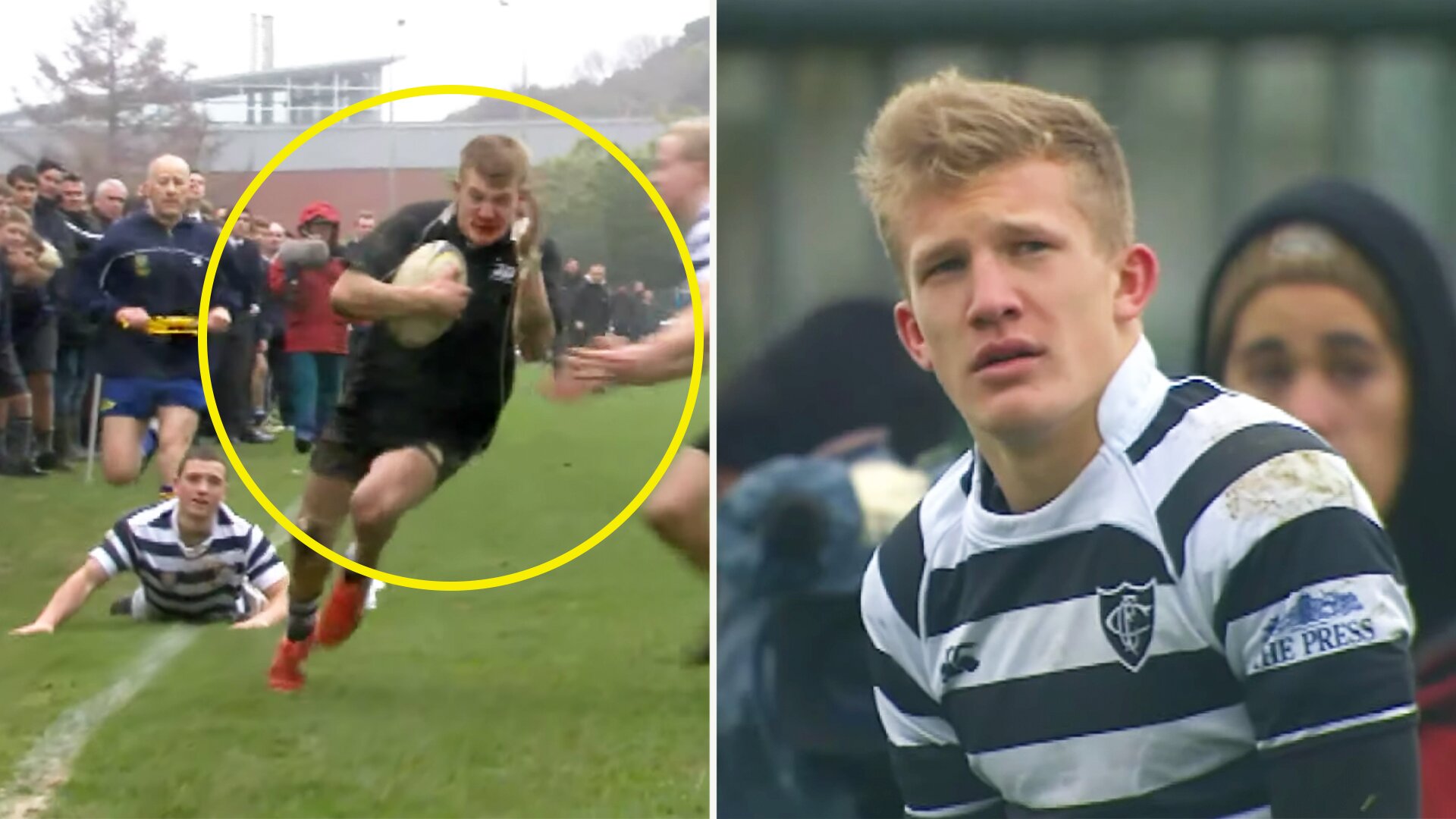 This new video showing Damian McKenzie tearing it up at schoolboy level has just been released and it’s outstanding.

It’s clear to see – he was already head and shoulders the rest.

McKenzie was captain for his school side and was at the centre of all that was good about their play.

We see the All Black’s 15 leading his side in the haka right at the start of this footage, he really was the main man for Christ’s College.

Playing at fly-half, McKenzie demonstrated his lighting quick turn of pace to score try after try for his school side as well as impressing for a number of different age grade sides.

It’s clear to see from this new video – that this young New Zealander was destined for greatness from a young age.

Watch this outstanding highlight reel below

The incredible talent was scouted and snapped up by the Chiefs, who lure the brilliant 10 to the Waikato from under the nose of the Crusaders as a schoolboy.

It took McKenzie just two years to go from New Zealand schoolboy to Super Rugby star, becoming one of the most coveted talents in the Southern Hemisphere.

The 19-year-old committed to a long-term deal with Chiefs in 2014, quickly becoming one of the cornerstone players of the franchise.

”While I was training with the Chiefs I learned so much and really enjoyed the coaching staff and the culture, so I am rapt to be given this opportunity,” McKenzie said at the time.

”The boys are very welcoming and I know I will enjoy being part of the Chiefs family.”

The Chiefs will be chuffed that the decision to go after the young 10 early has paid dividends, with McKenzie representing the club 78 times. At just 25-years-old, McKenzie is sure to be apart of the Chiefs for years to come.