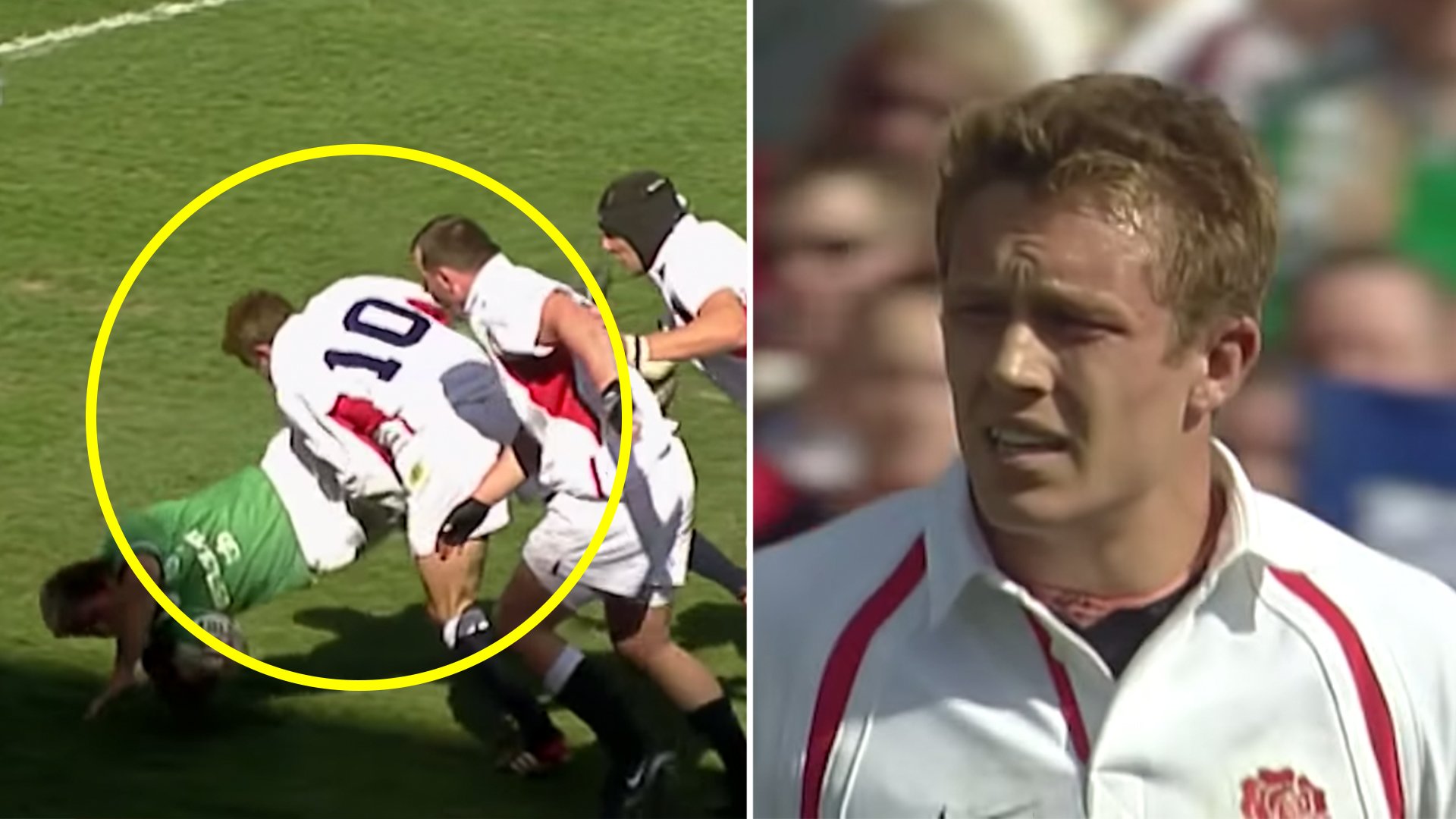 Wilkinson is known for his precise kicking, but not many realise just how good his defence was for a fly-half.

In rugby, 10’s are normally seen as a defensive weakness, usually being smaller than the opposition on the pitch. Wilkinson was probably one of the best defenders on the pitch.

In this game, he saved England with some of his sensational try-saving defence.

Check out these two tackles he put in here.

In this game, England were searching for an elusive Grand Slam title in the Six Nations, despite having won the tournament in previous years. Both Ireland and England were both going for a Grand Slam in the same match so tensions were high in this encounter.

The men in white took on a strong Irish team at Landsdown road, expecting a tough test for sure.

England put in a clinical performance to beat Ireland by 6-42 in a destructive thrashing.

Wilkinson put in the game of his life with some saying this is the best game that he ever played in pro rugby.

The then Newcastle star was named the Man of the Match. With commentator Brian Moore commenting on how much he managed to manage the game.

You can see just how confident he was here at the end of the game.

Brilliant, absolutely brilliant – although it hurts me to say it. The ball is flicked from player to player before finally Luger – lurking on the wing – runs in an easy try. This hasn’t just been a rout, it’s been an absolute massacre. “No, I don’t have breathalyser software,” says Skin Head. “Nevermind, at least the children will sleep soundly tonight. The titchy room is spinning and I’m off to bed.” Speaking of going off, that’s it for me. Thanks for all your emails, Sean. Jonny Wilkinson was unstoppable!