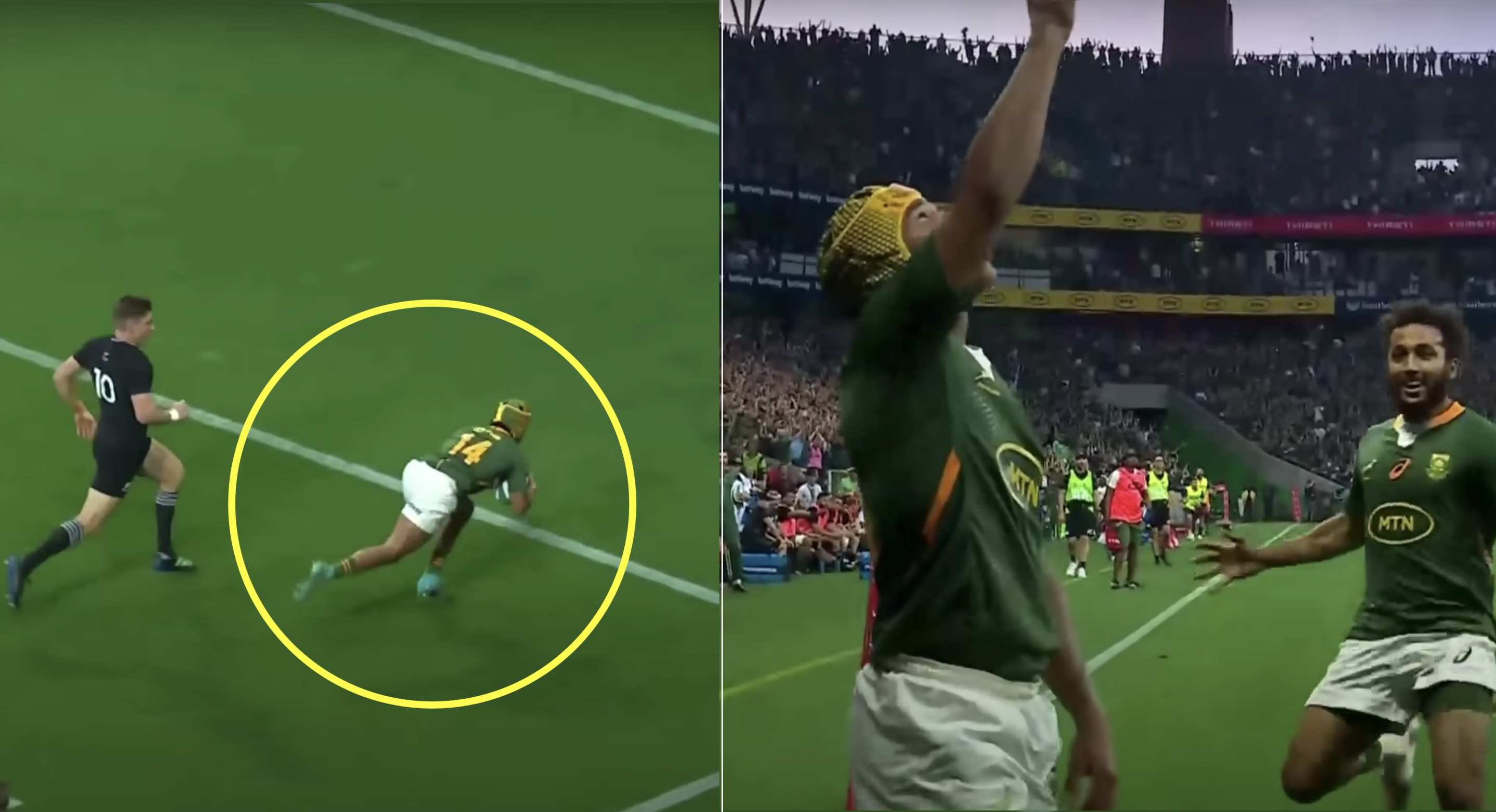 Let’s get one thing out in the open- the Springboks were the better team last Saturday by far against the All Blacks and deserved the lead they had. Equally, their first try of the match might not have actually been a try.

South Africa scored the opening try of the match courtesy of winger Kurt-Lee Arendse, who was on the receiving end of a Lukhanyo Am offload on nine minutes, who in turn snapped up a loose ball that came from Arendse’s kick chase.

However, a video shared by TAS Analytics after the match shows that the ball could well have been spilt loose as a result of a knock on by Arendse as he competed in the air with Beauden Barrett. It looks as though both players make contact with the ball at the same time, and the bounces towards the All Blacks’ line.

At the very least this could have gone to the TMO for more angles, but instead the try was given straight away which was slightly odd given how referees turn to their assistant referees more and more these days and how big a match it was.

This is a still of the moment the ball appears to touch Arendse’s hand, and it looks fairly convincing: 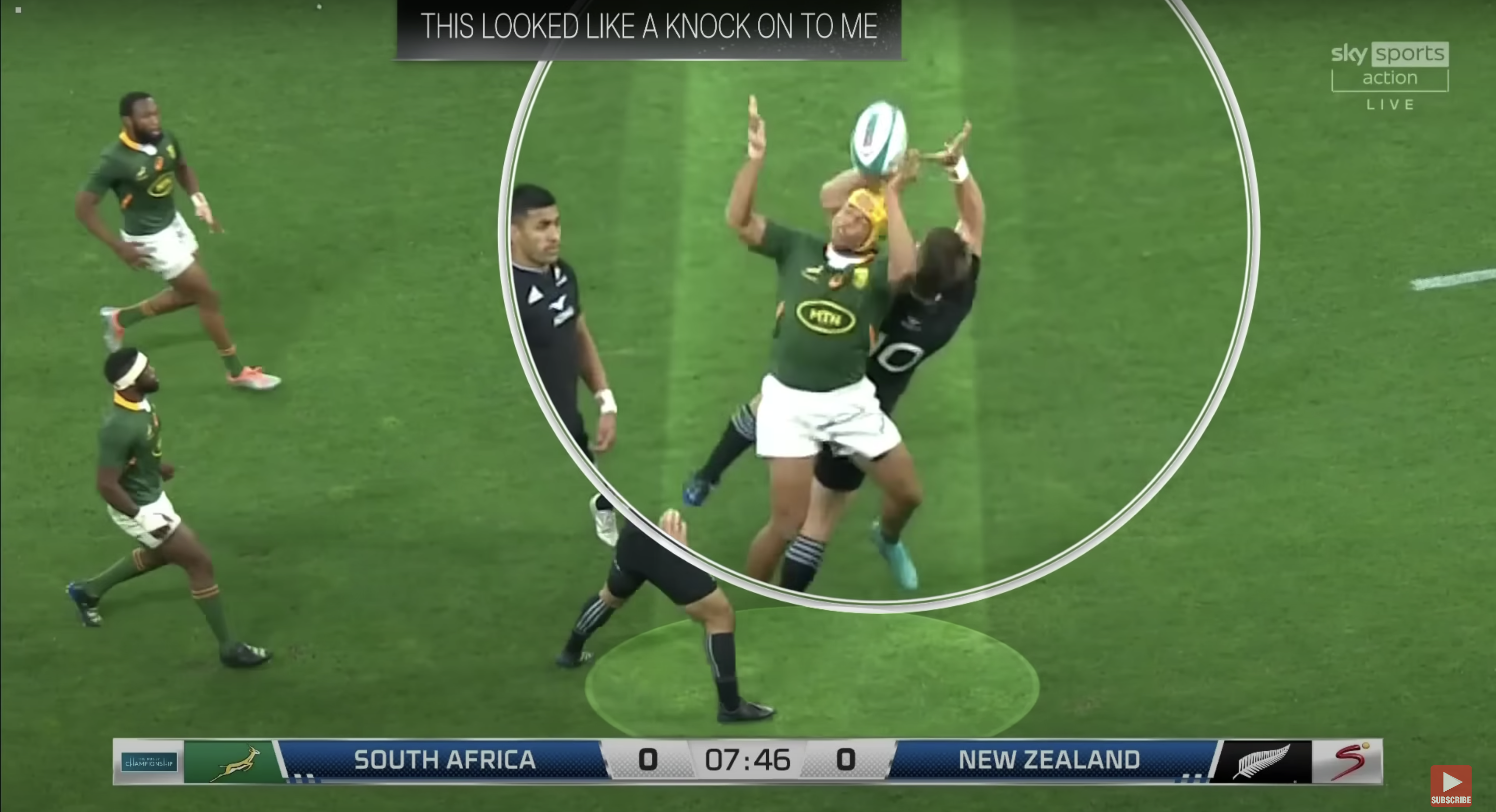 This was all part of a video which showed the Boks’ kicking tactics against the All Blacks, where they were not only able to keep the visitors pinned back in their own half for a lot of the match, but were also able to regain possession on a number of occasions. This did spill over into dangerous play on a few occasions which Arendse was able to get away with. However, he was dismissed late in the match for his highly dangerous kick chase that saw Beauden Barrett up-ended.

Arendse has now been suspended for four weeks following the red card.

Take a look at the video of the try: