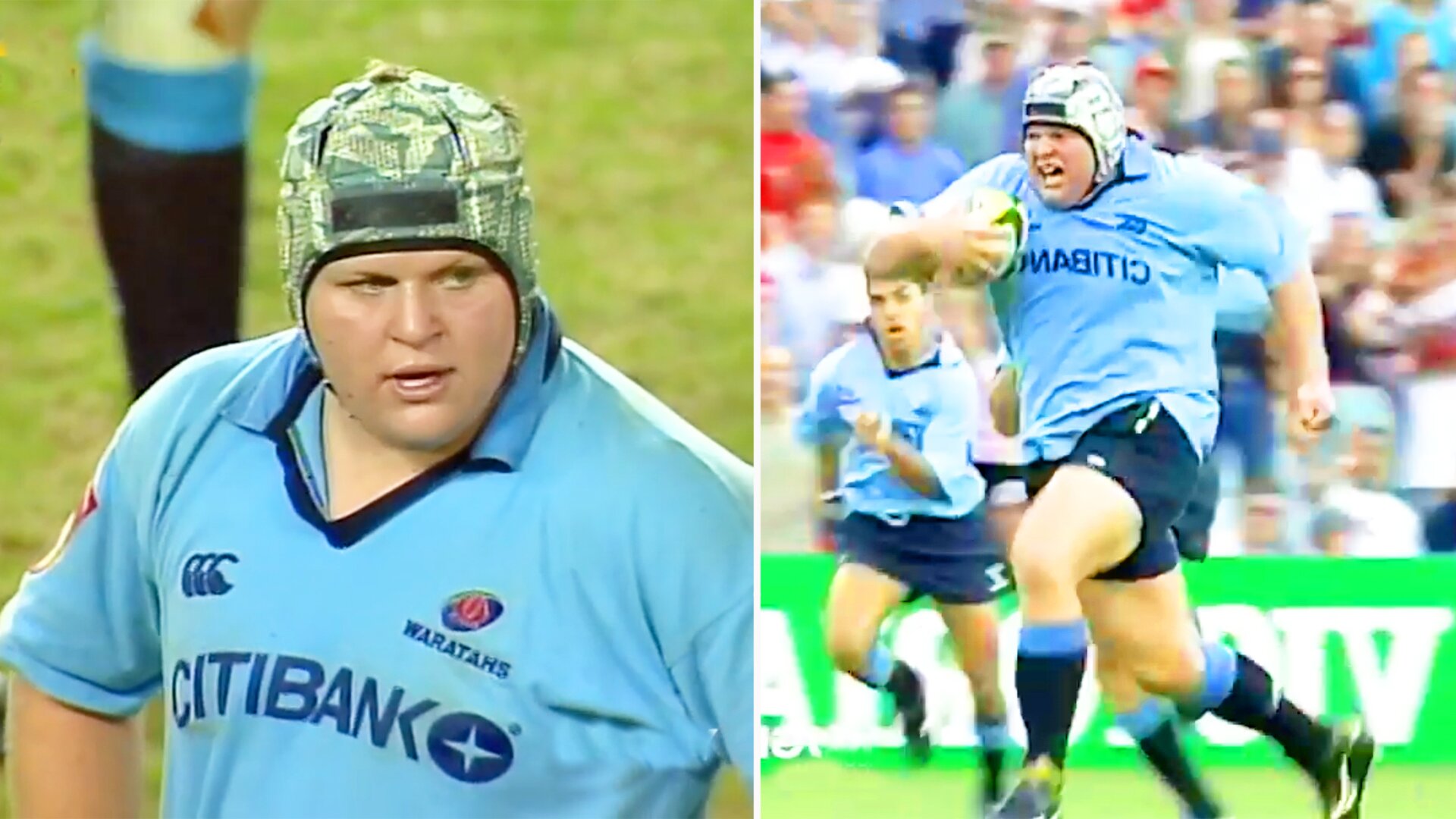 An amazing new video has dropped of the legendary Wallaby front-rower – Matt Dunning.

This guy was certainly not your conventional prop as these brilliant clips show.

On this day in 2003, Matt Dunning slotted the infamous drop goal that potentially cost his team a Super 12 finals berth.

The Waratahs defeated the Chiefs 25-14, but they did not collect the bonus point required to advance. pic.twitter.com/p4bZwM2AOd

In this video, we see the Wallaby prop with a number of his trademark catches against the run of play.

The Australian shows incredible pace for a man of his immense size and he tops it off by throwing a brilliant 20m pass to a teammate.

This was one THE legendary props of our time.

Check out these incredible intercepts below

That wasn’t the only tool in the powerhouse props armoury.

One bittersweet moment in Dunning’s career came as a result of a fantastic piece of flair for a prop. In 2003, chasing the last spot in the semi-finals, the Waratahs needed to win and score 4 tries to make the semis. With time slowly running out and only two tries scored, Matt Dunning took a drop goal attempt so that the ref would come back to a penalty called earlier. Unfortuantely for him… he didn’t miss.

watch the brilliant moment below

In a new video from the ‘Use It or Lose It’ show – World Champion Springboks Smit and Burger went into some of the details of the notorious episode in South African rugby.

The training camp, Kamp Staaldraad has resonated with a shroud of mystery for many rugby fans who wonder exactly what happened to the Springbok players during that training camp before the 2003 World Cup in Australia.

World Cup-winning flanker Schalk Burger recalled about how even before the camp commenced the players had an idea of how brutal the camp would be.

“We were on the bus on the way to the camp. John (Smit) obviously got a tip-off or heard something about the camp, so he snuck a lighter on the inside of his cap so that we could light a fire. We were bare feet, we had to strap our feet up. They transported us from a bus to a truck, when we went back to the bus Bakkies Botha let out this enormous fart. Everyone was laughing at this and the next moment ten gunshots went over our heads. At this moment, I realised, this is not your normal rugby camp, this is real.”

The Springbok trio spoke in great detail about just how gruelling this camp was in this episode.