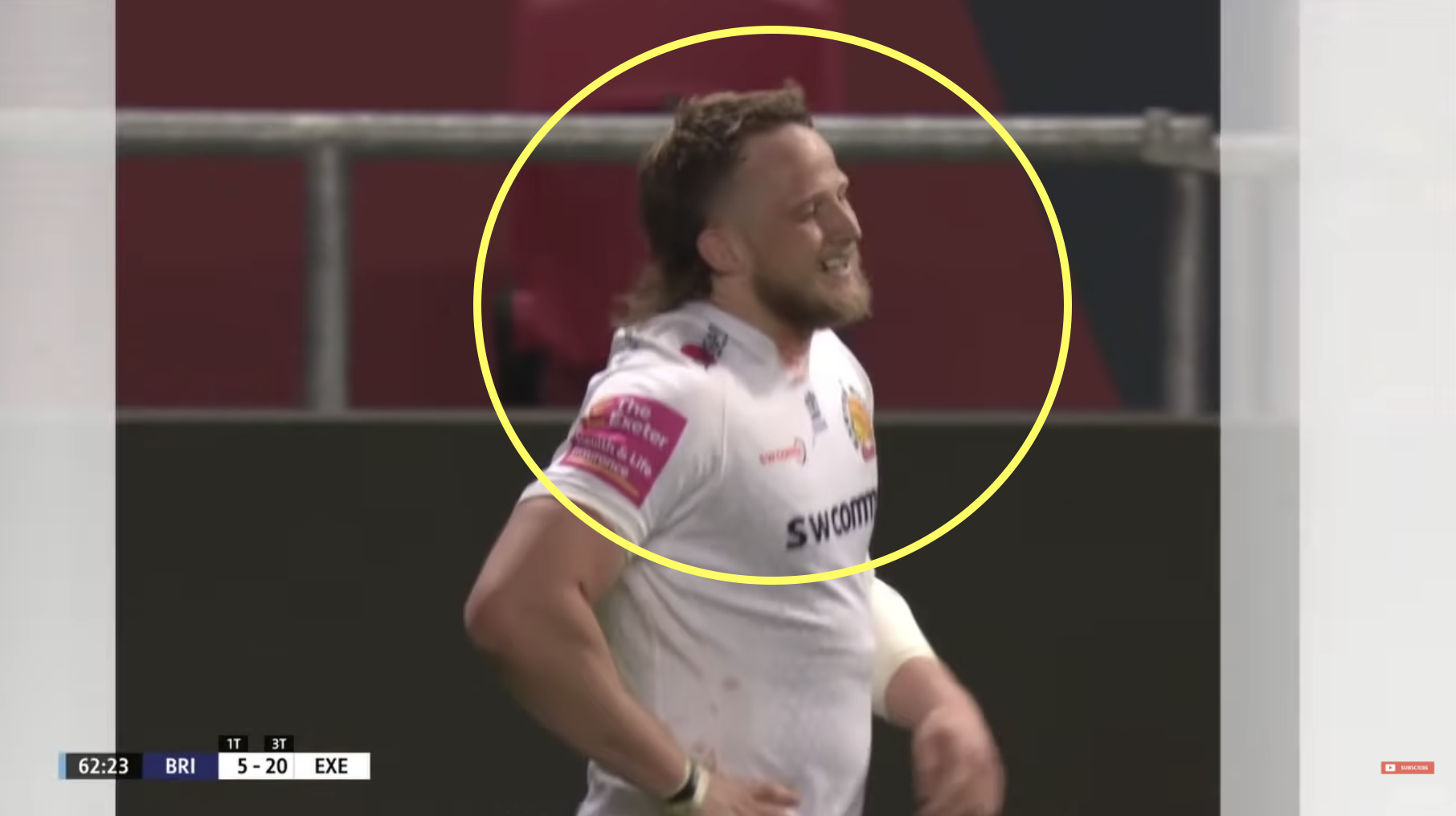 While most people are assuming Sale Sharks’ signing of Jonny Hill is to fill the vacant space that is likely to be left by Lood de Jager in the second row, very few people actually know that he will be replacing fly-half AJ MacGinty, who is off to Bristol Bears.

While the incoming George Ford looks to be the most obvious candidate to fill the No10 jersey, the question remains, can Ford produce a perfect 50 metre plus spiral kick into touch? Probably, but he can’t do it with the same panache as the Exeter Chiefs and England lock Hill did it with last season against Bristol.

The 27-year-old’s spiral kick has gone down in rugby folklore, and it is no surprise that as soon as the 50:22 rule came into place, a lock that can absolutely leather the ball gets snapped up. Nothing to do with the fact that he was a 2021 British & Irish Lion, definitely to do with the kicking.

Sale director of rugby Alex Sanderson said after the signing was announced: “I’m really excited to be bringing Jonny to Sale Sharks.

“He’s a player who knows how to win and what it takes to grind out those big games and that sort of experience is invaluable. His on-field qualities speak for themselves but what sets him apart for me is that he’s a genuinely good bloke and will no doubt add to the environment and culture that we have here.

“Having spoken to Jonny on a couple of occasions, I was really impressed with his appetite to improve and it’s exciting that he wants to do that at Sale Sharks. It tells me that we have a player of international class who believes in the club’s ambition, the culture that we’re building and wants to be apart of it, for me that’s mega.

“We’re thrilled to be bringing Jonny on board for next season and can’t wait to welcome him to Manchester.”