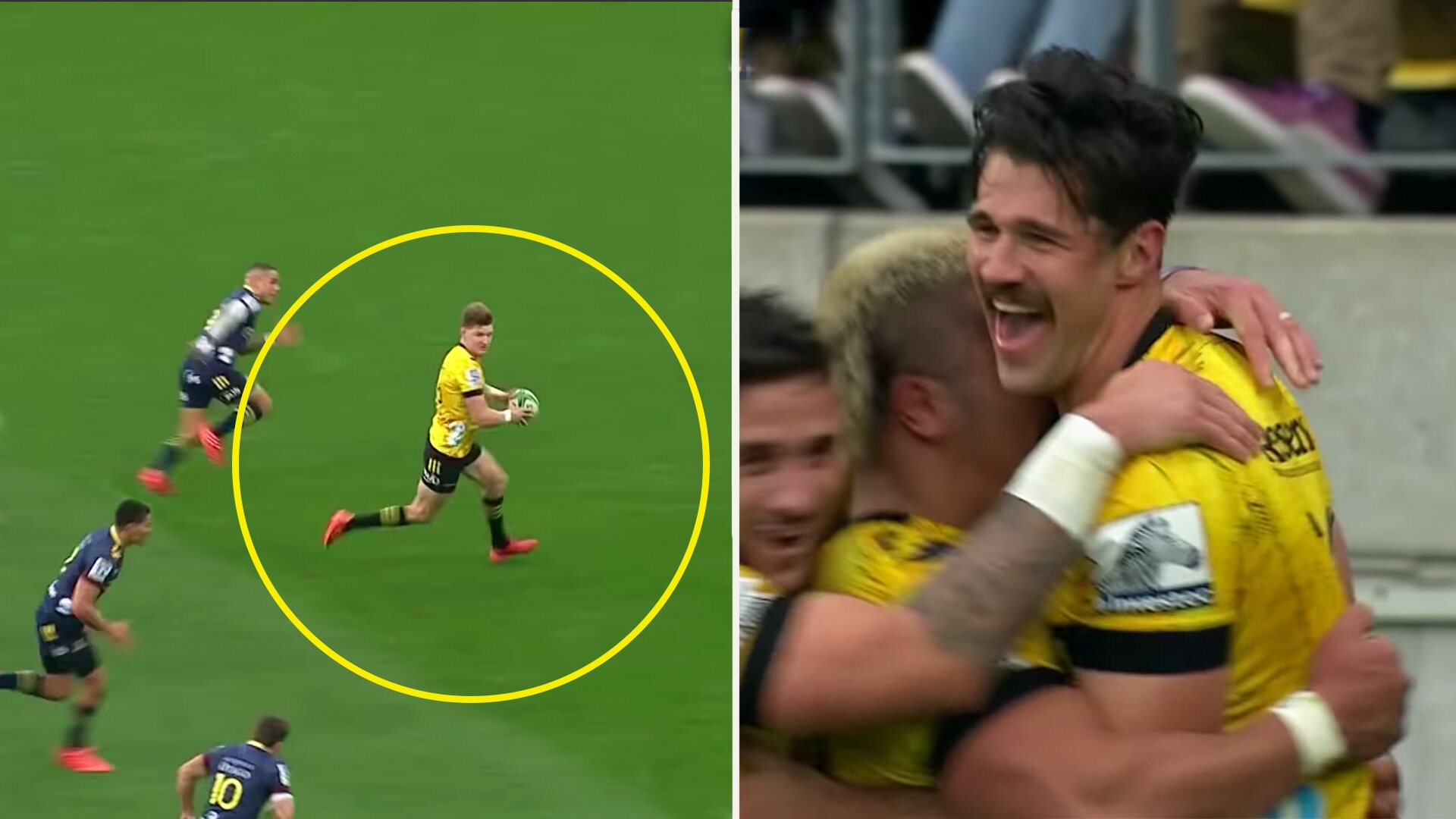 The Jordie Barrett moment that is sending the internet into overdrive

This incredible Jordie Barrett moment has been going viral in the last few hours after this morning’s Super Rugby game.

Fans have been raving about this ingenious piece of skill that set up a mesmerising try for the Hurricanes against the Highlanders.

You’re gonna want to see this!

The Hurricanes battled it out against the Highlanders this morning at the Sky Stadium with some star kiwi names on display.

Beauden Barrett has stolen all the plaudits after his move to the Auckland Blues but it’s his brother Jordie who is firmly in the limelight today.

After seeing this – we think you’ll agree. Watch this outstanding piece of play below.

The Jaguares have confirmed that captain Jerónimo de la Fuente is headed to France, having signed a deal to play for Perpignan, who finished second in this season’s ProD2. He will leave once his current contract with the Argentinian Rugby Union expires.

“The first thing I want to say is that I am eternally grateful for everything I have experienced in these last 10 years,” de la Fuente told the club website.

“I want to thank the Argentine Rugby Union for this decade spent in the system and where I was able to develop my career as a professional. Without a doubt, full of learning, with indelible experiences and where I was also able to grow as a person ”.

“I don’t want to forget my origins: my family, my wife Juli, my club … the fundamental pillars of my life. I will also miss very much the sense of belonging and everything that is generated around the Jaguares phenomenon, a second home for me. The partners and fans that are always there, my colleagues, the staff and the people who work tirelessly for the team. I am eager to know what competition you will be in. Jaguars will continue to be here and I want to leave that message of encouragement for the boys who are going to stay. ”

“Finally, to say that today my head and my heart are set on the most important thing we have as Argentine players, which are Los Pumas. We continue to prepare ourselves with the tools that are available to us today and we hope to meet again on a court to represent these colors that we love so much.”

De la Fuente played for Argentina Under-20 at the 2011 IRB Junior World Championship. He then played further representative rugby for the Argentina Jaguars and the Pumas 7s throughout 2012 and 2013 before finally making his senior international debut in 2014.