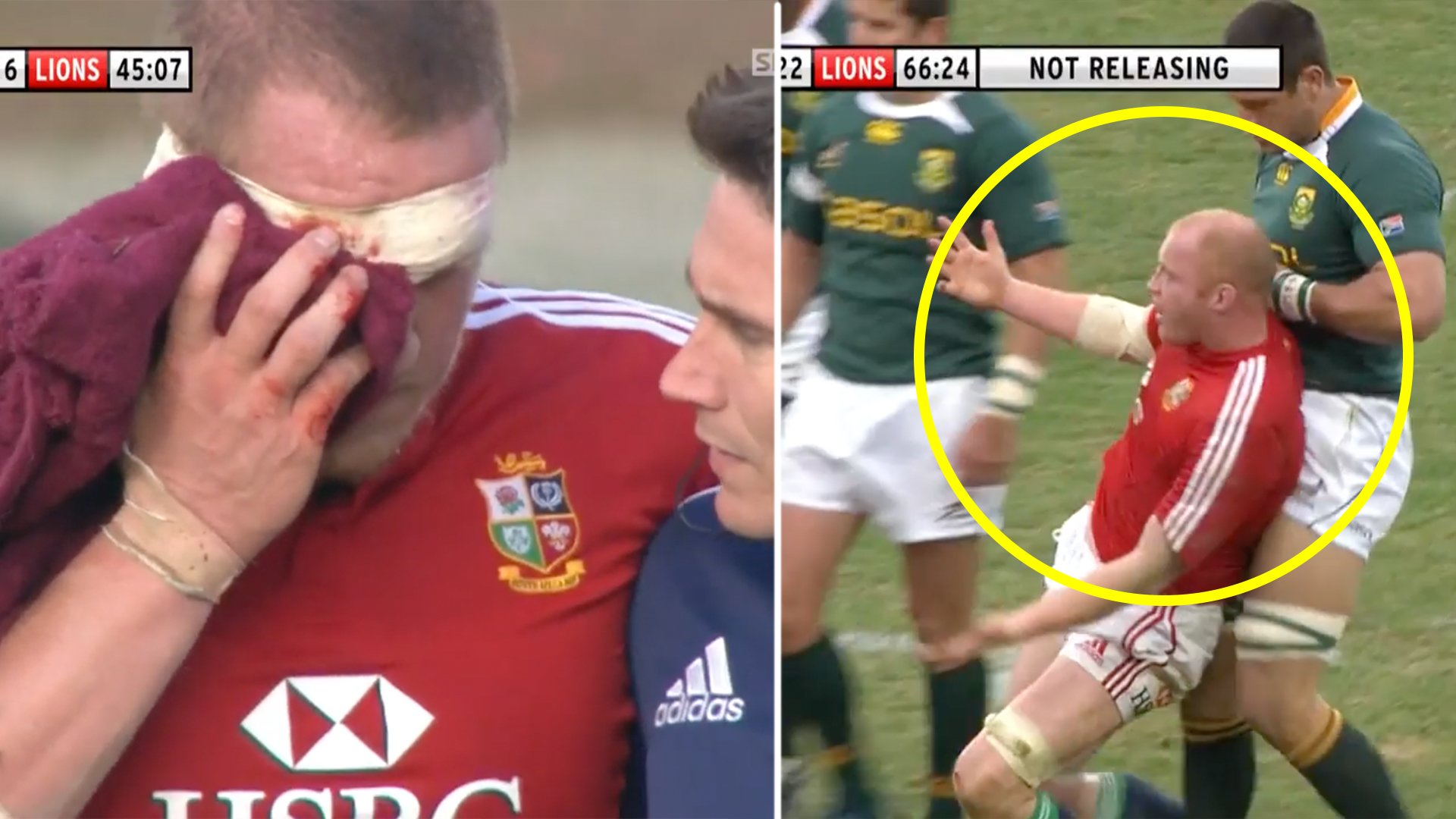 It’s hard to believe that it was almost 12 years ago since the Lions last played South Africa in the 2009 Series, but it’s the case. On looking back at the games, it’s amazing to see just how badly the Lions were broken down by the Boks.

Someone has released old games from the Lions Series back in 2009 and we were astounded at how much South Africa bullied that Lions team.

This South Africa team was incredibly strong and massively intimidating with the likes of Bakkies Botha, Victor Matfield and Schalk Burger accompany a young Tendai Mtwarira who was nicknamed the beast.

Irish legend Brian O’Driscoll looked like a cowering pup here when Bismarck du Plessis stood over and threatened him after a ruck.

This is just one example…

This was in 2009, just two years after they romped to the World Cup in 2007. This team was known for their physicality, they bullied teams with their size and dominance.

Look at how Williams get’s physically thrown around like a ragdoll here.

These are just two examples of how the Lions were bullied by South Africa in rugby.

The former Lions Number 9 was infamously mentally broken by the end of the second test after he was targeted by the South African juggernauts.

Here there is a clip showing just how rough a time he had of it from the Springboks.

Now it’s hard to say if the current crop of World Cup winning Lions will follow a similar model to this. They seem on the whole to be in a similar ilk, with players like Eben Etzebeth and Pieter Steph du Toit more than ready to do that.

It’s going to be interesting to say the least. Bullied rugby