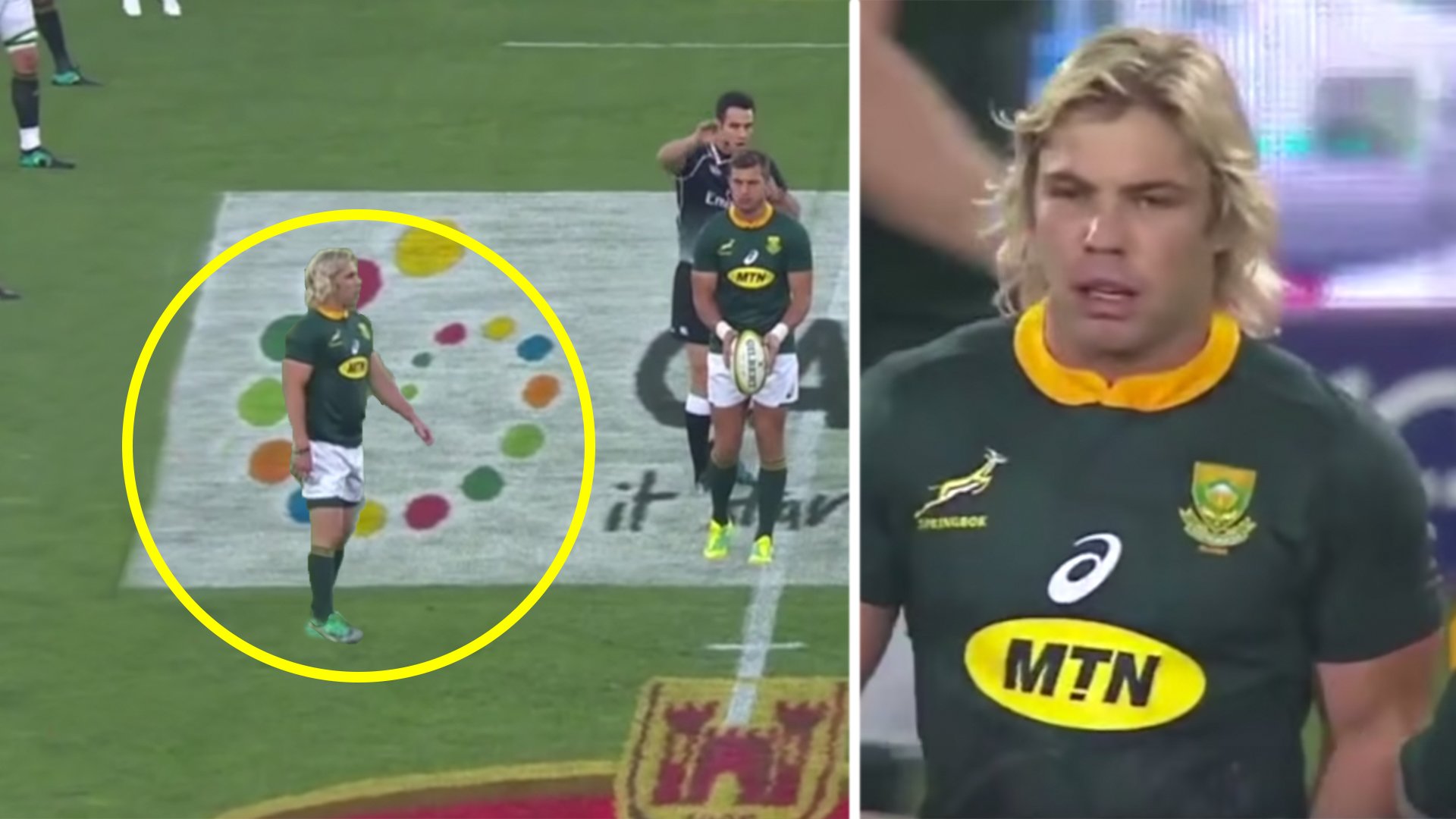 Many rugby players know Faf de Klerk as one of the greatest 9’s in World Rugby. This game was where he truly emerged on the scene as one of the best.

A video recently emerged showing how the Springbok scrum-half was the catalyst for his team’s famous victory over England back in 2018.

The video shows how England’s prime s*******r Maro Itoje set off Faf on his winning run.

This video really highlights how important the Sale Sharks halfback is for his team, and surely this shows how he is the best player in a generation for South Africa.

Was shortlisted for World Rugby Player of the Year 2018, alongside team-mate Malcolm Marx. The award was ultimately won by Ireland’s Jonathan Sexton.

In his first season with Sale Sharks in the Premiership, was nominated for the division’s best player award for the 2018 season.

Had big boots to fill with the Boks’ #9 jersey worn by either Joost van der Westhuizen or Fourie du Preez at the World Cup, but he filled them perfectly with a World Cup winning run.

Made his test debut on 11 June, 2016. South Africa met visiting Ireland in three consecutive matches, with De Klerk playing in all three as the Boks’ starting scrum-half. They lost the first match (26-20) but was part of victories over the Irish in the second and the third (32-26, 19-13).

The 28-year-old scrum-half played a key role in the Springboks’ successful World Cup campaign, culminating in a 32-12 victory over England in Yokohama three weeks ago, but suggests that would not have been possible without his stint at Sale.

De Klerk took a huge gamble by signing for the Premiership club ahead of the 2017-18 season because at the time it made him ineligible for his country but a change in the rules paved the way for his recall and he has not looked back since.