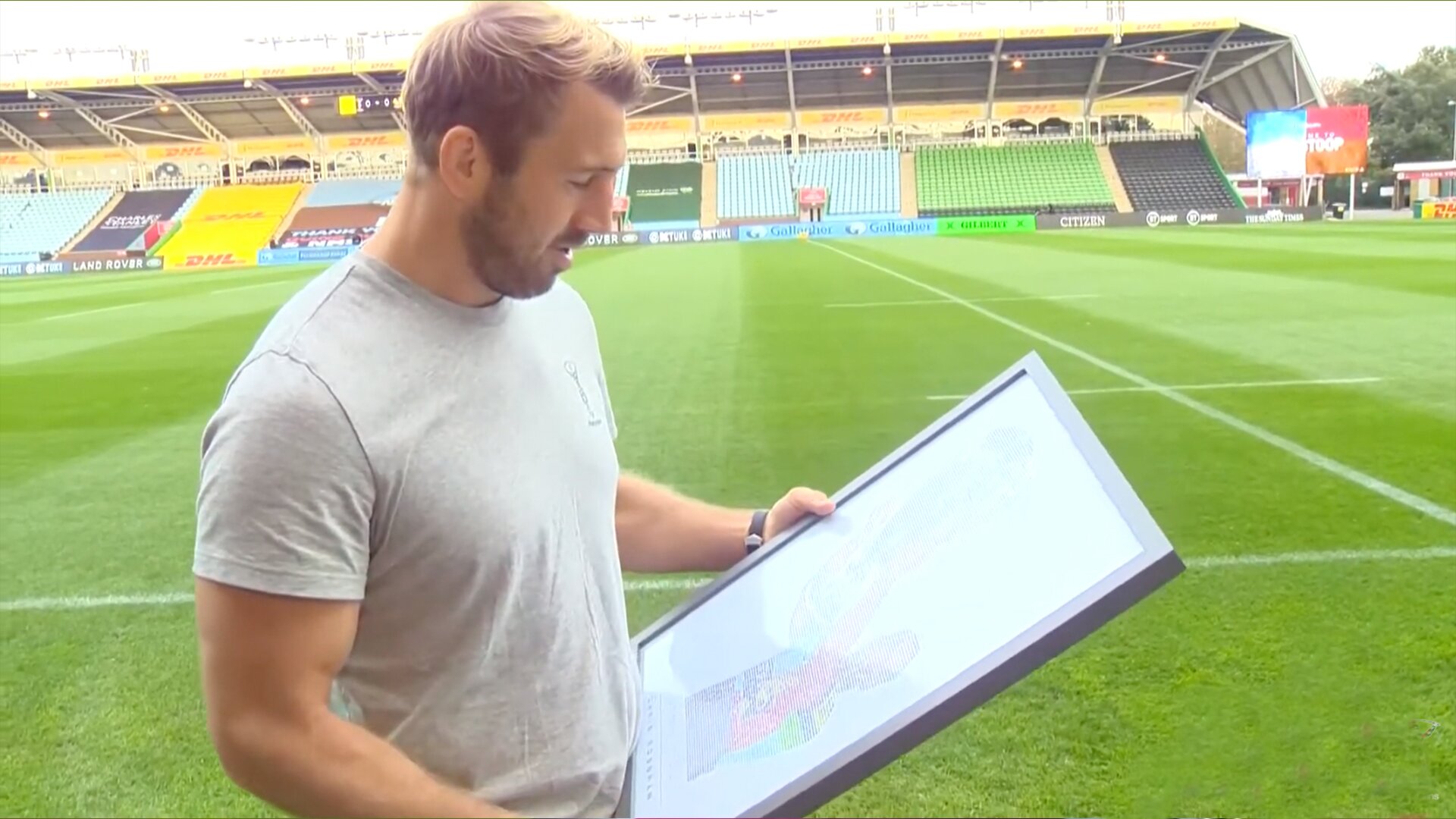 Footage captured the emotional moment when fans surprised the leaving captain Chris Robshaw with a surprise tribute to the club stalwart. Cameras captured the moment when he received a special gift.

Live cameras captured the special moment when rugby fans from Harlequins legend Chris Robshaw was on a live program before his final home game for the team.

They then used those words to create a special poster which we presented to him before his final game at The Stoop.

Former England skipper Chris Robshaw bid an emotional live TV farewell to The Stoop, the Harlequins ground where he played his last home match on Monday night before he moves to America to play his rugby in the MLR.

Back row Robshaw has one final game to play for the London club, away to Leicester on Sunday which will be his 300th appearance for Harlequins. His final home game was a sad affair.

He did not get the crowds that he wanted in his final match, which was a shame, but fans left their tributes to the player online.

It was an emotional moment as the Quins captain walked out for the last time at the, sadly empty, Stoop ground.

17-years, man and boy with @Harlequins 🃏@ChrisRobshaw leads his team out at The Stoop for the last time 💔 pic.twitter.com/CNOxxxEBS1

“When you play you remember the tough times more than the good times. But as time goes on you remember the good times. There has been some incredible times at this club. I have loved my time here but it goes quickly. In the blink of an eye you’re a 17-year-old kid playing out here and then whatever it is, 17 years later, 16 years later, it’s all over.