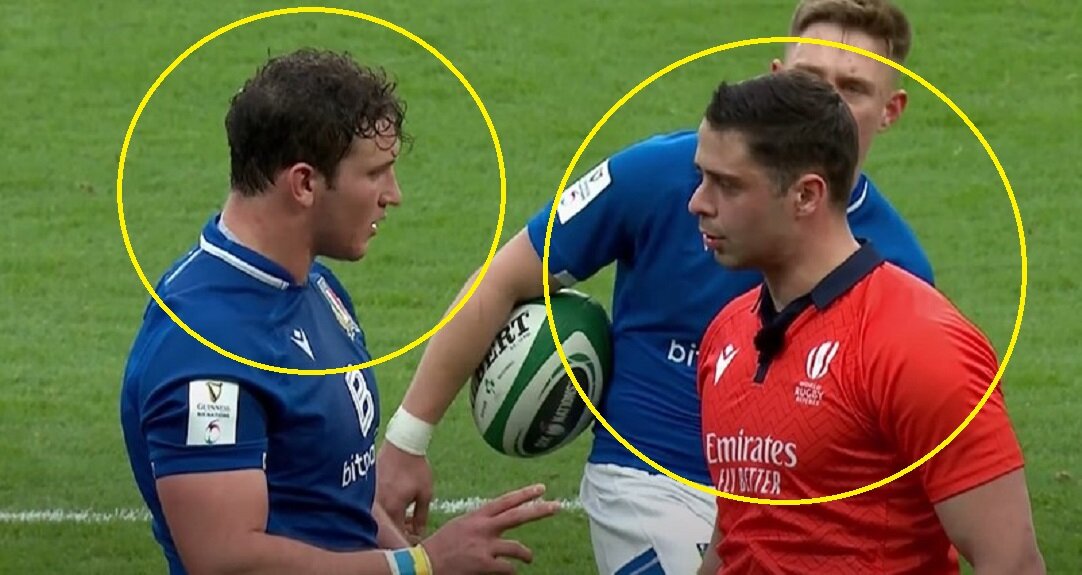 The moment the Six Nations turned into pure farce

It was the moment that the sport of rugby will want to pretend never happened – the moment a game of Six Nations rugby turned into farce.

Due to a rare Law, and yes Rugby Onslaught did know about it, Italy were forced to go from 14 men to 13 men.

Referee Nika Amashukeli had to do it, he had no choice as neither of the Italian replacement props were able to scrum at hooker, having not trained to do so.

It is a moment that will live long in the rugby fan’s memory, but for all the wrong reasons.

The truth is the law has a purpose, to stop team with weak scrums exploiting non-contest laws to their own advantage.

“It is a special feeling, everyone would say that,” said Lowry. “I tried to compose myself coming out to thousands of people here today and I had fans and family wishing me all the best, thanks for everyone who got me here today.

“Lining up for the anthems is special, it is a childhood dream and it is something I will never forget.

“It is about taking my an opportunity when it comes. I have worked hard for this and the likes of Rory [Best] have supported me all the way through the age-grader systems and we wished me the best today.

“Hopefully I can step up from this and get a few more caps.”

Player of the Match Josh van der Flier:
“Obviously it’s a very pleasing result, the support was great. It was a tough fight from Italy, it was tough going for them with 13 men for the majority of the game.
“They made it very difficult for us, we have a lot to improve on going into England.”

Head coach Andy Farrell:
“I thought it was sloppy at times. We got the points we needed at the end but a game becomes frustrating when you come down to 12 men.

“I thought Italy were unbelievably brave. Getting off the line. Really tough and hard at the breakdown. It gave us lots to ponder on.”