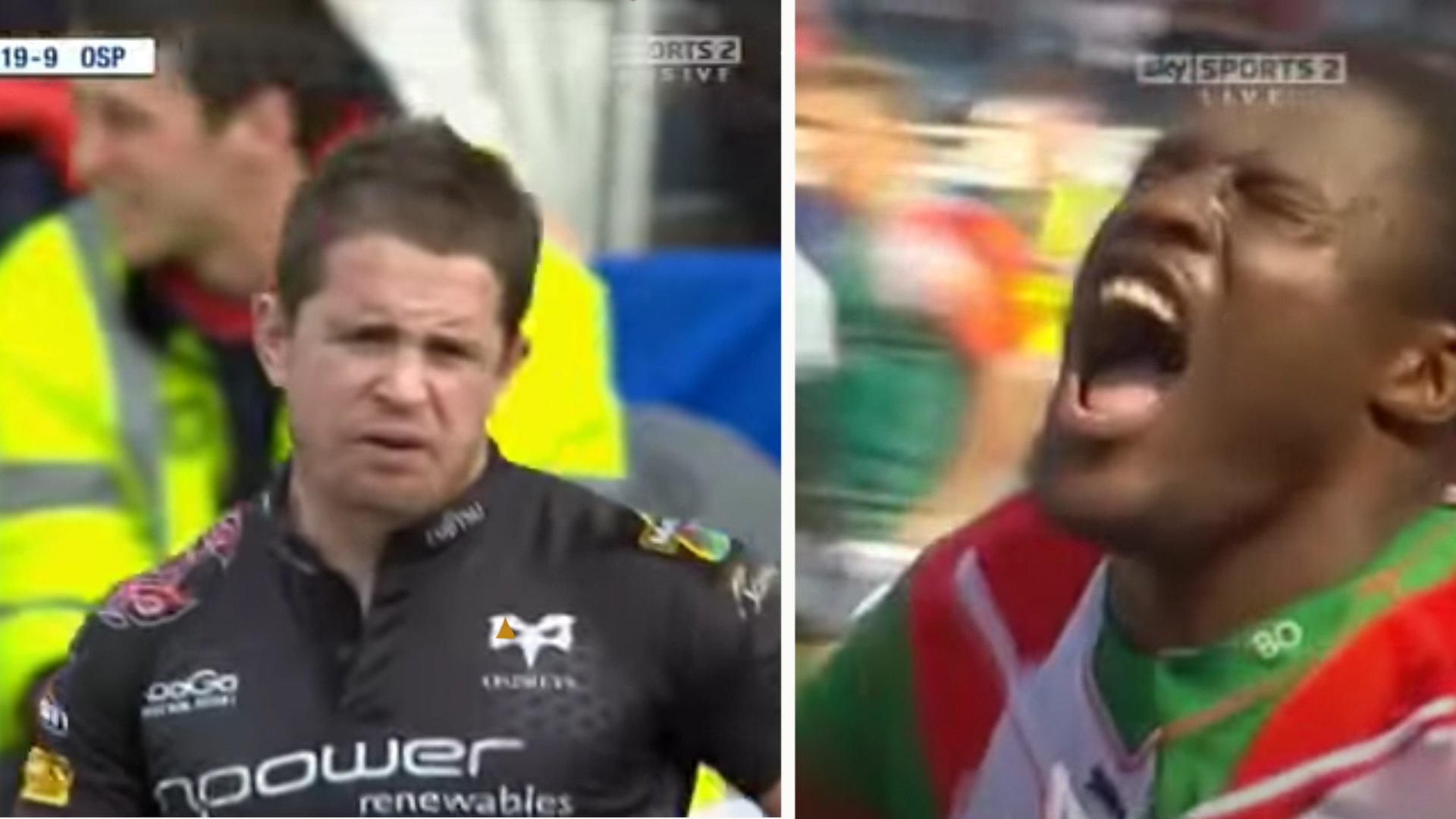 This will forever be a moment that keeps Shane Williams awake at night.

Back in 2010 Shane Williams had the world at his feet.

The 5ft 6in flyer had been named IRB player of the year two years previously and had been scoring tries for fun for club and country.

The Welsh wizard had been lauded by critics and fans alike for his electrifying pace and dazzling footwork that had earned him the reputation of being the worlds best winger.

That all came crashing down on one fateful day back in the 2010 Heineken Cup.

French side Biarritz were hosting the Ospreys in the quarter-final of the prestigious European Cup competition.

American flyer Zee Ngwenya was the man lined up opposite the 87-cap Welshman and himself was already known the world throughout for his incredible speed and was famous for being the man who outpaced Bryan Habana at the 2007 World Cup.

Was Shane Williams reputation ever really the same after this?

Mapletoft exits Harlequins less than a year after swapping roles

A year after opting to transition from a senior team role under Paul Gustard to take over as academy coach, long-serving Mark Mapletoft is to now leave the club at the end of the 2019/20 season.

After nine years with the senior team serving as backs coach, attack coach and head coach, Mapletoft decided in 2019 to step away from the first-team environment to concentrate on pathway development and coach education.

The departure of Tony Diprose, the club’s then academy and global development director, created an opening in the Quins set-up that Mapletoft successfully secured, but he will now exit the Stoop less than twelve months later.

Harlequins were seventh in the Gallagher Premiership and through to the Premiership Cup final when the 2019/20 season was indefinitely suspended in March due to the coronavirus outbreak.